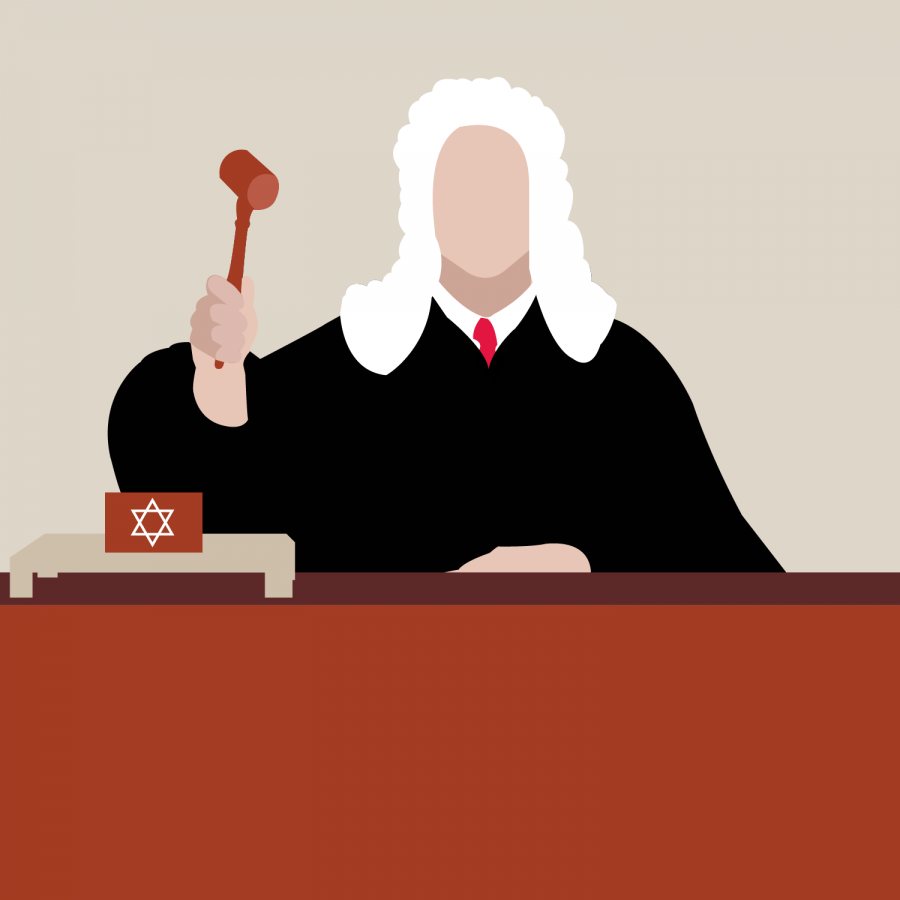 A resolution entitled “Combating Anti-Semitism” has been discussed by the Illinois Student Government over the past few weeks. It was debated and amended at length in the Committee on Diversity and Inclusion and then passed to the floor of the Senate to be voted on.

On March 6, it was sent back to committee before it could be voted on at the persuasion of one single student senator who identifies as Jewish. On March 13, the same senator amended the resolution to be almost unrecognizable from its original form. Worse, it reneged on the specific protections the Jewish community explicitly asked for. By choosing to ignore those specific requests, the ISG showed they did not care about truly considering the Jewish communities needs.

The motion to send the resolution back to committee came after a public comment session on March 6. During the session, 13 Jewish students spoke about acts of hate they experienced on campus during their time at the University.

Senior Irene Zharnitsky, the 2018 Illini Hillel student president, remarked, “The Jewish students on this campus have seen swastikas in the bathroom of the mathematics building, while studying (outside the Undergraduate Library) and while getting drinks with friends (at Red Lion).”

Sophomore Michael Faibishenko, vice president of the Chabad Center, said, “Living in Allen Hall freshman year, I had a mezuzah — a ritual object that Jews place on their doorposts — ripped off of my door by another resident. This happened once again at my apartment this past weekend.”

In my time as a student at the University, I have been targeted for my Jewish identity on multiple occasions. As a freshman, my name and pictures were shared on social media captioned with anti-Semitic slurs. I was kicked off of a University committee because of my religion as a sophomore. I filed dozens of reports with the campus bias team documenting discrimination against me because of my religion that went unaddressed. Now in my senior year, the University Board of Trustees has not responded after I presented a log of over 30 documented acts of discrimination which occurred over two and a half years.

The Resolution on Combating Anti-Semitism called for the University to adopt the International Holocaust Remembrance Alliance’s definition of anti-Semitism, which has been adopted by the U.S. State Department and U.S. Department of Education, among other national and international bodies. This would ensure the definition was incorporated into freshman diversity training programs such as iConnect. It called for the University to begin a dialogue series on religious tolerance for all beliefs, and it further established the measure to be a basis for future resolutions to combat Islamophobia and transphobia.

On March 13, the Jewish community returned to the ISG and asked the senators to listen before accepting a substantially amended, diluted and meaningless resolution. This resolution was produced by the senator who sent the resolution to committee the week before, in conflict with every other Jewish student who came before the Senate pleading for help. The amendment rendered the resolution toothless, taking out all specific requests the Jewish community made regarding vicious anti-Semitic acts that have occurred repeatedly on campus — requests such as one mandating that references to Nazis and Hitler be classified as anti-Semitic. This lone student was not in agreement with any other Jewish student in the room and was endorsed only by non-Jewish students.

Faibishenko spoke again, asserting the majority of the Jewish community on campus was not being allowed to define the particularized hate they experienced as any other minority group should be able to do. To deny a group’s ability to put a name to the institutionalized hate it experiences is unacceptable. Faibishenko emphasized this when he said, “Please listen to me when I tell you that what you are doing is hurting the Jewish community because I cannot stress it enough.”

Some may say passing a resolution called “Combating Anti-Semitism” is a victory, and the Jewish community should be happy that our voices were heard.

These statements are false.

The ISG voted in opposition to the Jewish community.

They passed an amended resolution, supposedly about anti-Semitism, which addressed a wide variety of other “isms” or minority groups and misrepresented entirely what anti-Semitism is.

The amended resolution included false claims, such as the assertion that there has never been training on anti-Semitism on this campus. For over a year, Jewish students have asked for training for faculty and students to identify, report and address anti-Semitism. There has been some faculty training — while not perfect, at least a start — but the Jewish community requested to employ the same kind of training for students. If the authors of the amendment had been active over the last number of years in the work of addressing this institutional hatred against Jews, they would know the work that had gone into making the faculty training a reality.

The ISG emboldened anti-Semitism on this campus, silenced Jewish students and voted directly against the Jewish community by passing a resolution that it was told explicitly did not address anti-Semitism. It proved our student community does not know what anti-Semitism is, and anti-Semitism must be defined to be combated.

This University needs to reexamine its policies on anti-Semitism immediately. The administration must act swiftly and strategically if it hopes to convey to the members of the Jewish community they are safe on this campus.

Hayley is a senior in ACES.