The Undertaker should retire 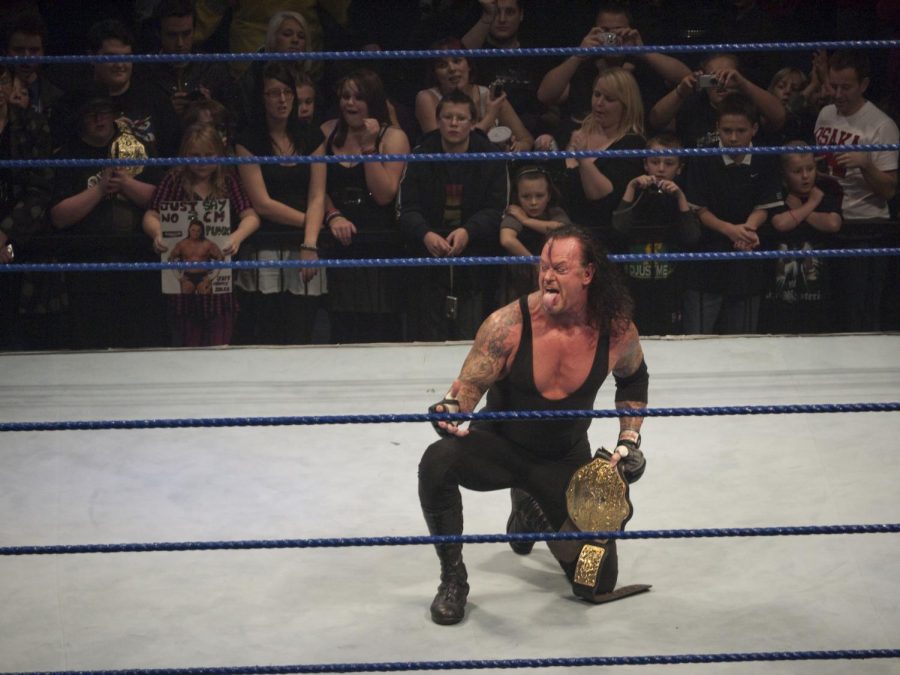 For over three decades, World Wrestling Entertainment superstars have collided on professional wrestling’s grandest stage of them all: WrestleMania. Thousands of fans attend the event each year to not only to be a part of one of the best nights in sports entertainment, but to witness another unforgettable match that includes “The Undertaker,” who has performed at the yearly event 26 times.

Months prior to the “Show of Shows” each year, and especially this year before WrestleMania 35, both fans and sports enthusiasts speculate whether or not “The Deadman” will compete in one more match or finally hang up his hat for good. Even though he will go down in WWE history as one of the greatest wrestlers in the company, The Undertaker should have one more match at WrestleMania before officially retiring.

Known for almost 10-minute long entrances with eerie music and for wearing the classic trench coat and hat, The Undertaker has kept fans on the edge of their seats since his debut at Survivor Series in 1990.

Even though most wrestlers retire at a fairly young age, the 54-year-old grappler keeps giving fans the match of a lifetime at Wrestlemania, but it’s best to end something before it gets worse.

For his first 21 WrestleManias, The Undertaker kept his now famous winning streak alive by defeating some of the company’s biggest names, including Ric Flair, Shawn Michaels and Triple H in matches that lasted well over 20-minutes apiece. At WrestleMania 30, part-time UFC fighter and WWE superstar Brock Lesnar broke the streak in one of the most emotional moments in sports. Since then, The Undertaker has lost only one other time to Roman Reigns, yet he has since won against Bray Wyatt, Shane McMahon and John Cena.

After losing to Lesnar in 2014, The Undertaker has only participated in WrestleMania and a select few other events. He should have let himself go from the business right then and there, because without the iconic streak to live up to, there’s really no point in continuing to wrestle for stadium crowds at WrestleMania and for millions of fans around the world.

Sure, it’s great to see The Undertaker compete year after year at the company’s biggest night, but in his last few matches, it was tough to watch his performances. Though he still pulls off trademark moves like The Last Ride, Chokeslam and The Tombstone Piledriver, he’s not the same agile wrestler he once was.

As of this column, there is no official word on whether or not The Undertaker will compete at WrestleMania 35 April 7, but he should be there. Even if he doesn’t wrestle in one last match, the company should let him take a moment to stand before the WWE universe and faithfully retire.

Correction: In a previous version of the article, the photo caption stated the picture was taken at Levi’s Stadium in Santa Clara, California during the WrestleMania event in 2015. The Daily Illini regrets this error.