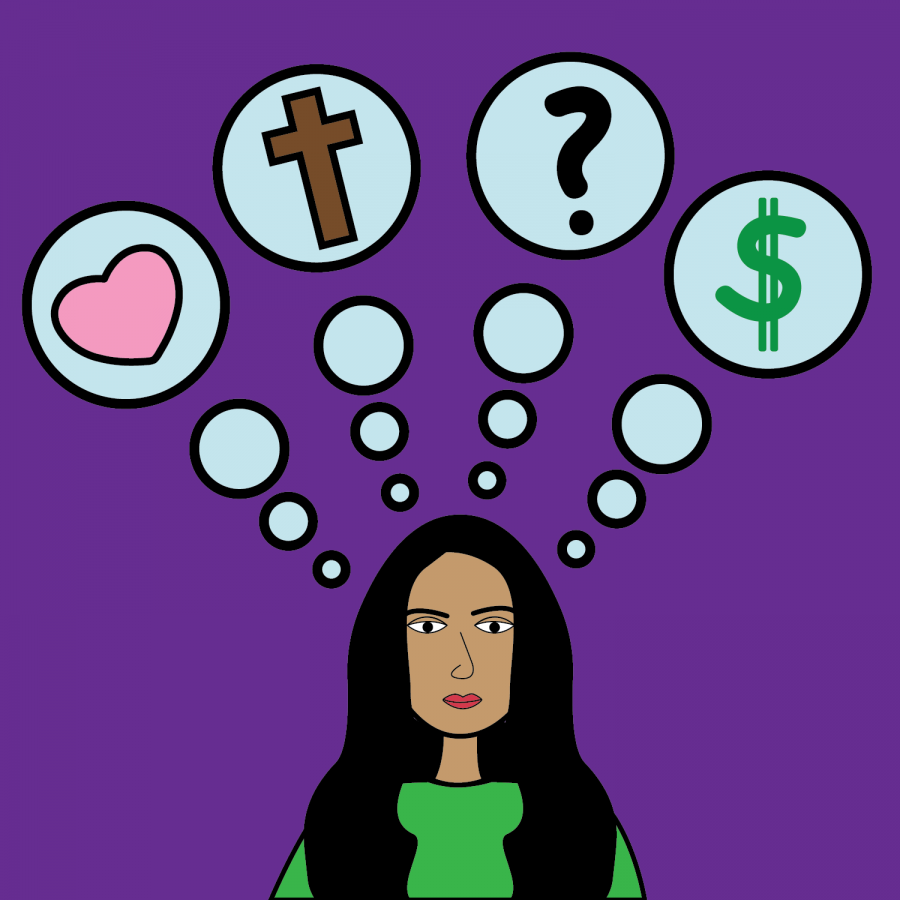 College is a transition period between adolescence and adulthood. That means it’s inevitably a time when students struggle with existential crises. During this time, college students begin to figure out what kind of person they want to be and start to take the steps to become that person. In this time of immense personal change, they are especially vulnerable to outside influence that misdirects their path to self-improvement.

This is not to say there is anything wrong with the idea of self-improvement generally. Measures like taking personal responsibility, going to the gym and studying more are objectively good things. But, self-improvement often suffers from how hard it is to define. It means different things to different people, and improvement is subjective.

For instance, it is difficult to conceptualize what it means to “be a better person” or “have a good career.” Thus people often measure these goals by what other people believe is a successful or good person. The values of society or your parents have already been defined, so it is easier to borrow them than to create your own. It is important to create your values for yourself in order to live authentically.

We’ve all seen people around us adopt society’s values without thinking. For example, I am acquainted with someone whose journey to self-improvement has led him both to rediscover Catholicism while also trying to be more sexually active. From the outside, this seems like an odd combination, but if considered through the lens of societal pressure, it makes sense. Our society is both ostensibly Christian and libertine. Being able to talk about Christ or brag about your sexual prowess are both socially useful and can impress people.

Another person I know who is in a similar situation has career ambitions directed toward business consulting. I remember him telling me about how amazing it would be to work at McKinsey & Company soon after the New York Times released a story revealing that the consulting firm has actively been working to bolster the reputation and efficiency of dictators across the globe. Whether he knew about the story or not I cannot say for sure.

His definition of success is based on prestige. It is hard to define what a “good job” is and so instead of figuring that out for himself, he seems to have borrowed what society says is a good job. He has created a value system which only has one ethic: success. The ends justify the means, and moral considerations go out the window.

Additionally, there are all sorts of people attempting to sell self improvement. Jordan Peterson, psychology professor and writer, has developed a following of mostly young men who want his advice on getting their lives together. While he does seem to provide useful advice to many lost young men, his help is subtly wrapped in a political agenda. Men who only come for the self-advice often leave regurgitating his misconstrued view of postmodernism or eating his bowel-busting beef-only diet.

Peterson is just one example. The explosion of self-help books since the 1990s has created opportunities for many snake oil salesmen to profit from people’s desperation.

Be careful about how you change in college. Under the guise of self-improvement it is easy to find yourself becoming less authentic. It is important to spend time conceptualizing what self-improvement actually is instead of giving into conformity. The process of rejecting the value systems around you and creating your own authentic values is scary. It lends itself to being a time of uncertainty bordering on nihilism, but it is essential in order to live a life well examined.