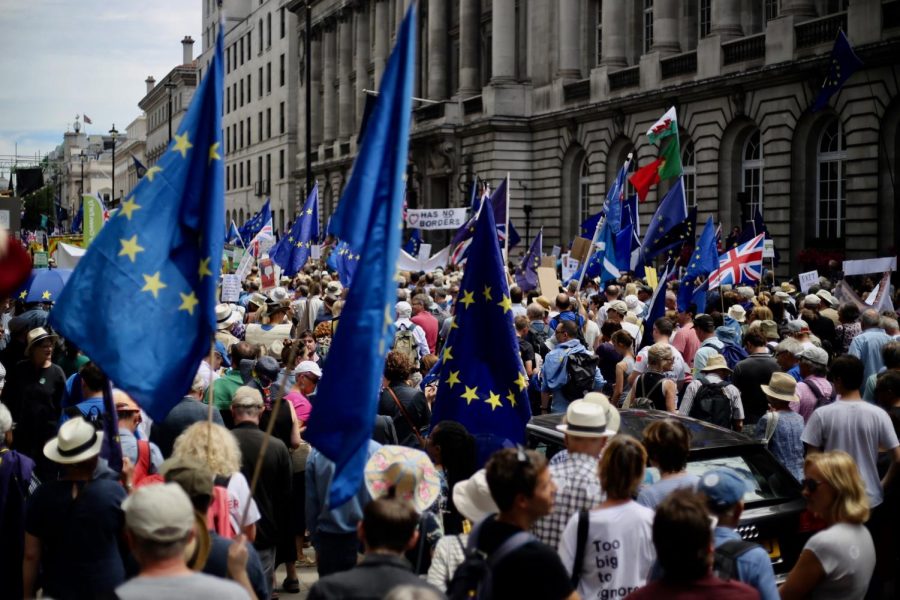 Nearly three years ago, now former British Prime Minister David Cameron — in an attempt to sedate the more conservative wings of Parliament — called for a referendum in which the British people would determine whether or not the United Kingdom should leave or remain in the European Union. Reducing such a complex choice to a simple ballot would be akin to asking U.S. citizens if the U.S. should leave NATO, the ramifications of which are not well known to voters.

As a consequence of Cameron’s zeal to abdicate the responsibility of knowledgeable politicians in this intricate matter, a referendum was held. The matter was termed “Brexit” and campaigning began, with a lot of misinformation diffusing; many false promises were made. Despite all odds, and by a slim margin, the U.K. had decided: It was going to leave the European Union.

Cameron subsequently resigned and a new member of Parliament rose to the occasion. The new Prime Minister Theresa May was thrust into Brexit negotiations so the U.K. could leave in a smooth and orderly fashion.

Three years later, the situation is in turmoil, with Parliament in disarray and the future relationship between the EU and the U.K. unclear, when the U.K. is set to leave by April 12. The Conservative Party lost seats in an election it ordered, many ministers resigned from May’s cabinet and May narrowly survived a no-confidence vote within her own party.

Prime Minister May has spent years negotiating a lengthy deal with the EU which seemingly satisfies no one in parliament as it was struck down thrice by the House of Commons, the first time by the largest margin ever in Parliamentary history. Luckily for Prime Minister May, the House of Commons has held rounds of indicative votes — votes that are not binding in any way — that outlined potential alternative ways to Brexit progressing forward.

All votes have failed, meaning Parliament has no agreement on how to advance. So while May’s deal is extremely unpopular, so is every other option.

The EU, originally irate by the U.K.’s decision to leave, should be elated by now. The EU, using its advantageous position to punish the U.K. through its obstinate negotiations, has successfully made the U.K. a chaotic example of what happens when a country defects, all but eliminating the possibility of a fragmented EU in the near future.

The EU has said it will only allow an extension past April 12 in order to allow the U.K. to hold a general election or a second referendum. Regardless, the need for time gives more leverage to the EU to make demands for the approval of such an extension, meaning to the U.K., a place where government generally runs slowly, time is of the essence.

The EU either gets the better end of the deal through May’s deal, convinces the U.K. to remain in the EU or punishes the U.K. through a no-deal Brexit. All three options leave the EU with the upper hand and looking more powerful than ever and the U.K. looking frenzied.

Prime Minister May has been stuck at the epicenter of this disaster. May has pledged to resign as soon as her detested deal passes, perhaps using her resignation as an incentive for her own party to support it.

A no-deal Brexit, once a moderately popular path forward, would put a hard border at Ireland and Northern Ireland. This would reinspire historical violence at the border. May’s deal avoids a hard border by what is called a “backstop” provision, essentially leaving Northern Ireland under the EU’s rules temporarily. However, the backstop clause is one of the most contentious clauses in May’s deal.

Specific amendments aside, the primary solutions are as follows: no-deal Brexit, May’s deal or a second referendum. The government could also decide leaving a matter that complex up to the voters was an irresponsible choice and choose to remain in the EU, but this option is unlikely, even if it is the responsible thing to do.

May’s deal has faced tough opposition, but the EU has stated it will not renegotiate a deal. A no-deal Brexit, most of Parliament agrees, is a bad option. A second referendum would ostensibly be undemocratic and politically harmful to the ruling party, as government should not call for another referendum simply because it does not like the outcome of the first.

May has finally reached out to the Labour party, her primary opposition. Any political strategy she had seemingly fell apart and any political leverage she once had has evaporated. Given the dissent to her deal, the government’s next steps are uncertain.

Reports from EU officials and now May’s government itself warn a no-deal Brexit, what the U.K. will be left with in mere days, would break up the U.K. Speculatively, first Northern Ireland would leave, then Scotland. That outcome would be unsavory as a whole, but politically disastrous for the Tories as the Conservative Party would be held responsible for it. Perhaps at this point the May government is attempting to run down the clock and incite fear of a no-deal Brexit in order to get her party to acquiesce.

The best option, outside of remaining in the EU, is for the U.K. to eat its vegetables and accept embarrassment by voting for May’s deal, albeit its unpopularity. Brexit would still occur, respecting the result of the referendum, a hard Irish border would be avoided and the deal is as good as the EU is willing to allow.

Theresa May has faced the terrible, horrible, no good, very bad Brexit. Regardless of which route is pursued, perhaps this whole quagmire can set a strong example in the future for politicians to avoid handing complicated matters such as EU membership up to an uninformed and unenthused public.

The current state of affairs is a result of a series of atrocious and politically unwise decisions made by British leadership. May’s predicament perfectly captures the ongoing plight of British politics and what happens as a result of politicians in a republic deciding not to fulfill their duties as elected officials.