Be patient with construction 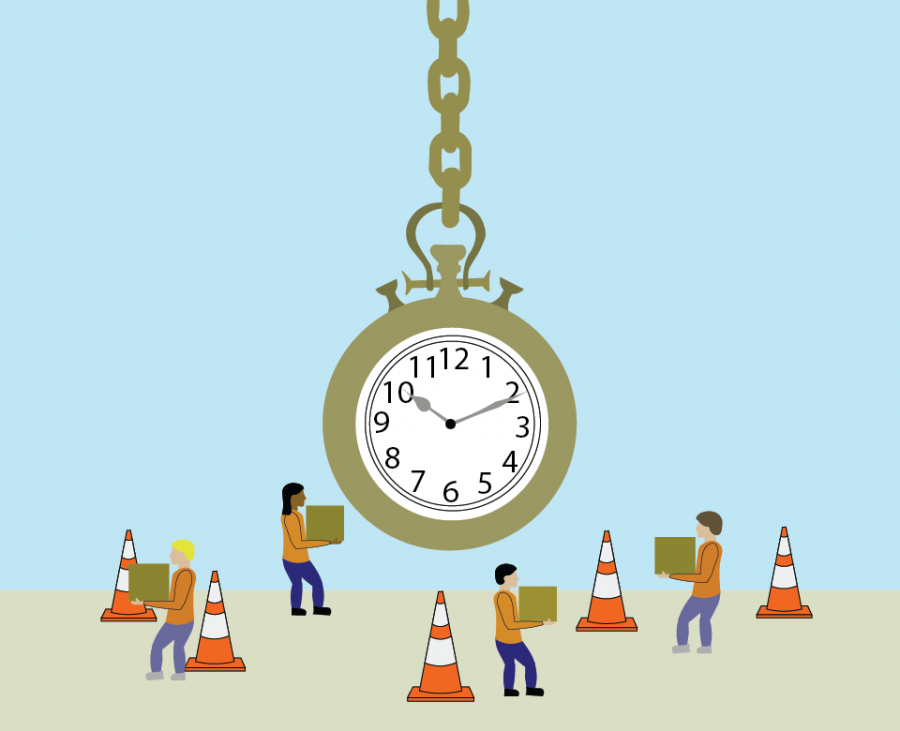 I had to walk across some grass patches and cut through a parking lot the other day to maneuver around the construction on Armory Drive. Seemed like a fair trade for a project worth $41 million.

Sure, the west side of the Main Quad looked a little nicer without all that fencing a month ago. Still, I can’t help but recall what Anthony Jacobi, head of mechanical science and engineering at the University, once said about the upcoming renovations planned for his own department’s building: “In order for things to be built, they need to be built.”

That was what he told the incoming freshman class last year, and the new building seems about as far away now as it did 16 months ago.

The fact of the matter is that we can wait. Even if we won’t be the ones to enjoy these additions, it’ll be the equally important generation of students to follow.

You might have fewer sympathetic words to share about the ongoing MCORE project, a massive revamping of the roadways spanning across Champaign-Urbana. Fueled by a TIGER grant of $15.7 million, as well as a healthy supply of local funds, the cities of Champaign and Urbana have partnered to enhance Armory Avenue from Fourth Street to Wright, and Wright Street from Armory to Springfield. This is to improve the infrastructure and ease of mobility around the corridors, which are used daily for mass and individual transit; there are 10 MTD bus stops along Wright and Armory alone.

At least there used to be 10. With heavy construction bumping Wright Street down to one lane and rendering the adjacent sidewalk inaccessible, the routes students have grown comfortable with over the years have been thrown out of whack. They’ll stay that way for some time; the work is expected to conclude in December 2020.

But maybe the long wait is worth it. MCORE aims to alleviate bike and pedestrian traffic along Wright Street so the bike lanes won’t feel as claustrophobic during busy weekday mornings. Same goes for the bus stops around Transit Plaza, which has been known to get enormously crowded. The plans include brand new pavement for the roads, too! Two-stage left turn boxes for bikes at Green Street! Safe travel for all!

Even if this stuff is a little far down the road for our liking (pun very much intended), we’ll be rewarded for our patience. Eventually. If you’re a little too bitter that future students will enjoy these facilities for longer than we do, just remember that Green Street hasn’t always looked as nice as it does now. Holy moly, if it were the same as it was in the ‘90s, I would’ve hightailed it to Purdue by now.

Tommy is a sophomore in Engineering.