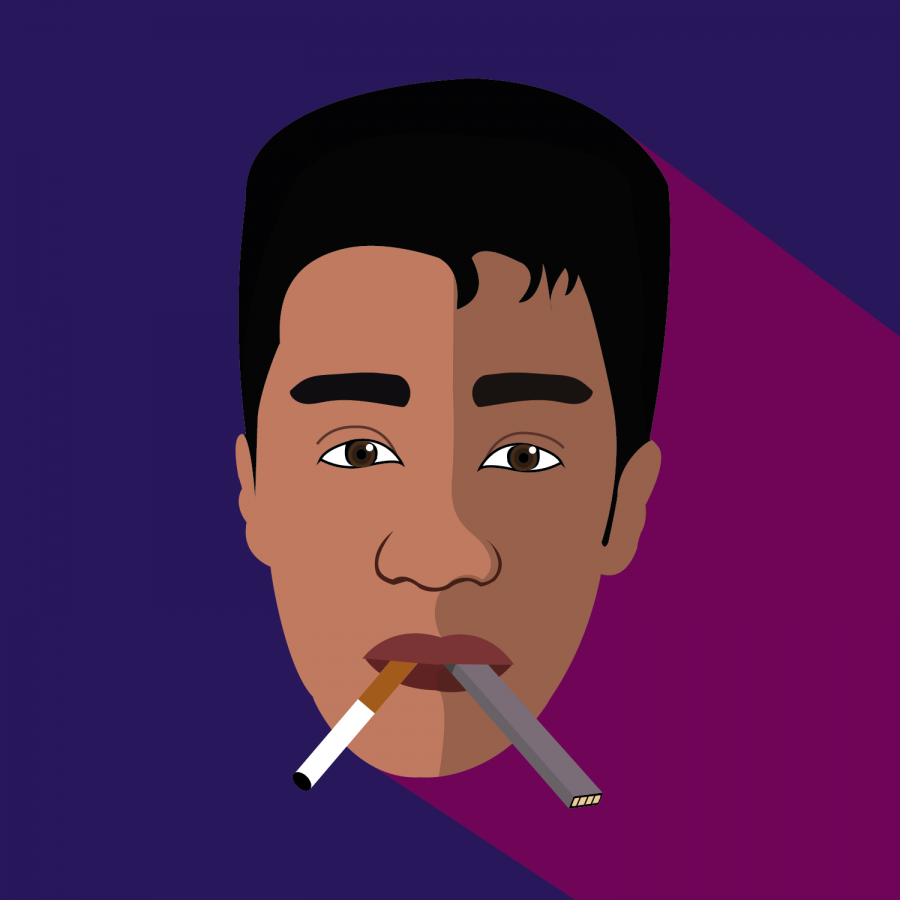 Illinois Governor J.B. Pritzker signed into law Sunday a bill raising the legal purchasing age of tobacco products from 18 to 21 statewide. The law, HB 345, is set to take effect in July.

On paper, this seems like a great way to reduce a disgusting and life-shortening habit. Digging deeper, though, it may not have the desired effect.

95 percent of smokers have their first taste of tobacco before their 21st birthday. So theoretically, this law should help.

Keeping teens from  tobacco is something many find a worthwhile pursuit. The first step of which would be to stop people from picking up that first tobacco product. We all know the horrible impacts of smoking; we’ve all seen the pictures of blackened lungs and oxygen tanks, the leathery skin and yellowed teeth of the life-long smoker and the decaying gums of chewing tobacco users.

Let’s take a moment to compare tobacco to alcohol.

Alcohol is bad for us, too — the cause of liver disease, alcohol poisoning, hangovers, drunk driving, etc. But, just like with tobacco products, people still partake. The future risks simply aren’t frightening enough to scare teens away from their desires in the present.

How frequently are drinking laws ignored? How often do older students buy drinks for younger students? How many people have fake IDs on this campus alone? Drinking laws have that second bit: Not only can people under the age of 21 not buy alcohol legally, they also cannot consume alcohol legally.

Possession and use of tobacco by those under 21, meanwhile, will not be punishable under the law. So what makes our leaders think a law weaker than drinking laws will have any power to stop the state’s youths from smoking?

It is also worth pointing out who the law targets: teens. And what is probably the most common trope in teenage culture? Rebellion.

Many teenagers drink because they know they’re not supposed to, they know it’s illegal for them to do so. The thrill of doing something “wrong” is one of the best parts. Why wouldn’t this scenario become the case with tobacco use?

Another thing: This law is slightly ridiculous. 18-year-olds are trusted with voting, can join the military, get married, own businesses and are legal citizens before the law. But these same people who we ship off to fight terrorists and foreign armies, who help elect global leaders, do not have total control over decisions regarding their health and safety; they can’t choose to drink or use tobacco.

Furthermore, critics of the law argue it may even hurt the economy. Nearly 200,000 Americans are employed by tobacco companies. If profits for these companies begin to decrease, many of these workers may lose their jobs.

The idea behind HB 345 is sound. Yes, a tobacco-free populace would be nice, a world in which people wouldn’t have to ever again walk coughing through a cloud of cigarette smoke on their way to work or have their nostrils assaulted by the flavored stench of someone vaping nearby. It would be nice for people not to die from lung cancer, heart disease or other tobacco-related ailments.

Additionally, the politicians are certainly right that the way to get to this smoke-free world is by stopping younger generations from picking up tobacco products in the first place. (Sorry old people, it’s too late for you.)

But raising the age to buy these harmful substances? That’s the solution? Really? Did no one learn anything from the alcohol example?

Illinois’ political leaders have definitely identified a real problem. But the proposed solution may only succeed in generating more smoke.