MLB-Cuba crisis is bigger than baseball 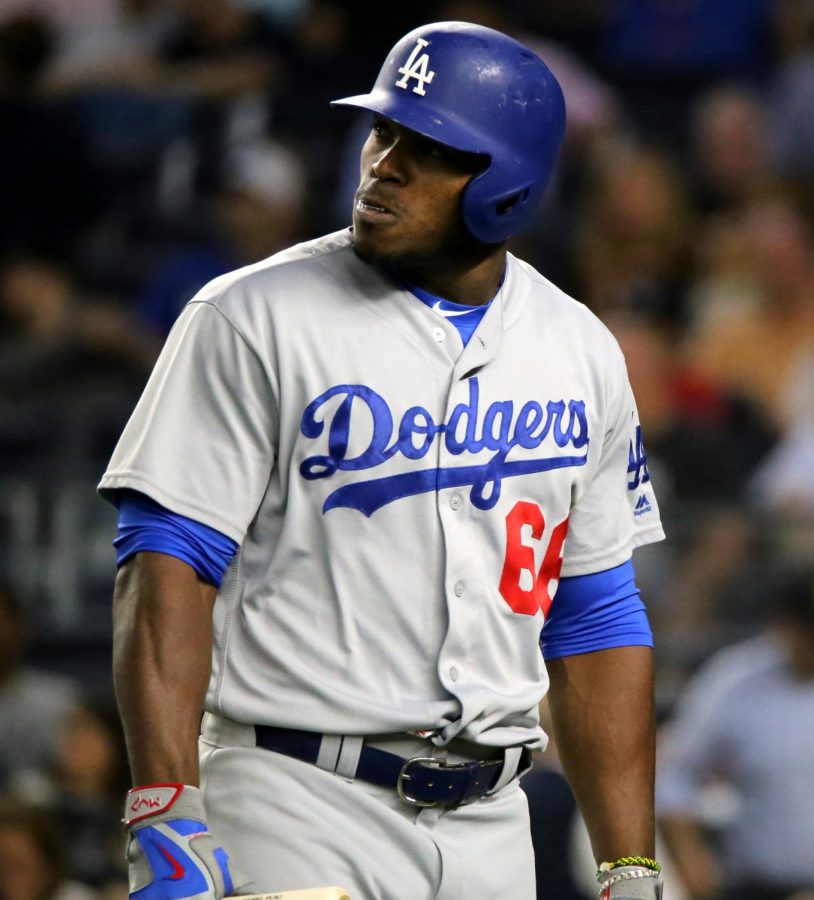 Yasiel Puig, Cuban-born baseball player for the Los Angeles Dodgers, paid smugglers $250,000 and 20% of his future MLB contract to enter the United States and pursue professional baseball. The end of the MLB deal puts Cuban baseball players’ safety at risk.

In December 2018, Major League Baseball and Cuba came to terms on a deal that would bring an end to the human trafficking of talented Cuban baseball players. The deal was set to help hundreds of baseball families safely cross the 110 miles from Cuba to the United States and eliminate the trafficking of players through criminal organizations.

However, President Trump’s administration’s probable April 8 decision to disallow MLB’s deal has brought back the harsh conditions and human trafficking that years of negotiations eliminated.

Before the deal, talented players were forced to defect from Cuba through a dangerous process that often involved leaving their families, paying millions to illegal trafficking rings and carefully avoiding kidnappers and other perils along the way. The deal created peace by enacting a diplomatic process that established a safe entry into the MLB and eliminated exploitation of Cuban baseball players.

Now, Trump’s erratic decision to prohibit the deal due to political reasons has ignored everything great about baseball’s spirit.

The negotiations for a deal between MLB and Cuba had been ongoing since the Obama administration, but now with Trump’s firm disapproval of Nicolas Maduro’s leadership in Venezuela, the president has tried to force Central American countries to retract their support of the Venezuelan dictator, and because the Cuban government has supported Maduro as leader, Trump isn’t happy, which is fair.

Furthermore, because the deal established that any MLB team that signed a Cuban player had to pay a fee to Cuba, Trump couldn’t bear the notion of the money finding its way into the hands of Maduro.

The sad reality at hand is dirty money has tainted the landmark deal destined to bring years of better baseball and, most importantly, peaceful relations.

The possibility of allowing money from proud American ball clubs like the New York Yankees or Los Angeles Dodgers to make its way into Maduro’s ring of corrupt rule would be a fierce black eye for MLB.

However, due to its Venezuelan subsidies, Cuba would spiral downward toward certain economic crisis if Maduro is ousted, so MLB has no choice. The benefits of new rule for a country in crisis are foremost, but for Cuba to endure its own crisis is nary a pleasant alternative.

In recent years, significant steps between Presidents Barack Obama and Raul Castro of Cuba were made toward rebuilding bilateral relations. After decades of disastrous tensions between Fidel Castro’s Cuba and the United States, this deal with MLB is a pact that goes far beyond just the baseball diamond. The agreement between MLB and Cuban baseball is essentially a peace agreement founded on the grounds of ensuring safety for Cuban citizens.

However, President Trump must be aware if he ends the deal between MLB and Cuba, the millions of dollars the agreement successfully took out of the Central American drug, gun and illegal immigrant trade system will now once again be in the hands of the people his wall was trying to keep out. The criminals who transport baseball players for exorbitant fees also generate significant revenues from transporting other substances.

This decision challenges Trump’s complete disdain for the Central American crisis that funds illegal immigration, illegal gun and drug imports and other illegal businesses that weaken the GDP and challenge human rights laws.

Trump’s decision to cut off the deal completely ignores millions of dollars worth of significant reasoning not to do so. The money Cuba would allegedly wire to Maduro just so it can avoid its own economic crisis like Venezuela’s pales in comparison to the alternative. With no deal, immense funding will re-enter the illegal trade market as soon as desperate baseball players once again start paying their way to endure the vast dangers of human trafficking.

Not all of President Obama’s policies need repealing, Mr. President.