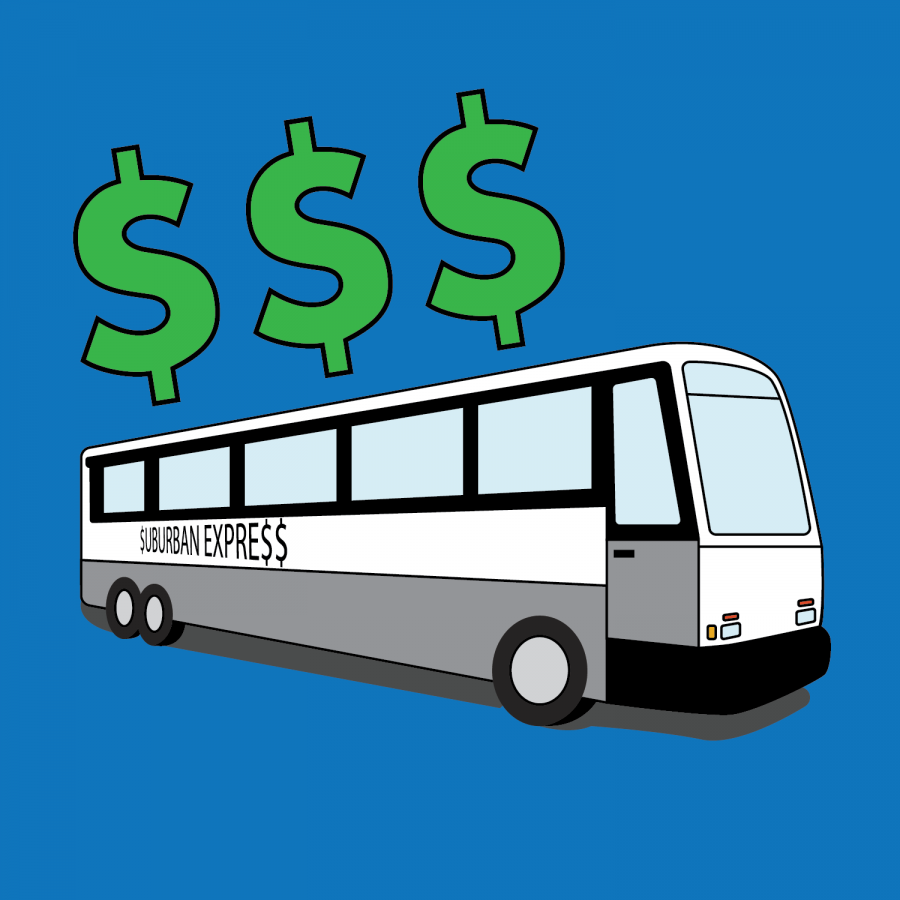 Dennis of Suburban Express is a not-so-beloved meme figure on our campus. I encourage all readers to boycott Suburban Express and Illini Shuttle based on a series of controversial advertisements the company sent out in 2017 and various other complaints about the company.

I utterly reject the company’s racist and divisive marketing materials. Still, consider the phrase in one of the Suburban Express “apology” emails. “But we’re not comfortable with the idea of selling our University to the highest foreign bidder.” Let us analyze Suburban Express’ statement and what we can learn about higher education and financing.

Suburban Express argues, “(UI) mismanagement over the past few decades has put them in a financial bind. To solve the problem, they admit large numbers of international students who pay higher tuition.” The first part is not true, and Suburban Express should err on the side of caution when attempting to criticize management practices as they may come off as hypocritical. The second part is partially true.

Since the 2008 recession, state support of higher education across the United States has declined. Institutions have had to figure out how to maintain themselves financially. On top of that, the State of Illinois faced a 793-day-long budget crisis under the leadership of Governor Bruce Rauner. The University of Illinois System has been detrimentally affected by the crisis. Even without the crisis, the cost of university attendance at public U.S. institutions has shifted from the state, onto the students directly.

The State Higher Education Executive Officers Association highlights in their 2018 finance report, “In 2018, educational revenue per student (the sum of educational appropriations and net tuition revenue) was higher than ever before…” and “Ten years out from the start of the Great Recession, per-student higher education appropriations in the U.S. have only halfway recovered.”

College is evidently ridiculously expensive. Is this a problem to be solved? Progressive commentators suggest so. They generally propose free tuition for all is the solution. I would have to disagree. Where would free tuition financing come from? Taxes. This means that a free tuition structure is only as progressive as the tax structure is.

This notion is overly simplistic, so let’s examine a real-world example. The University of Illinois offers in-state students with $61,000 and under in family income free tuition for four years. This system is more progressive because it helps those with the least in the State of Illinois at the expense of the rest of the state.

With each higher education financing plan, there is a lot of nuance. Free tuition for all should not be dismissed altogether as not being progressive enough. New York University Medical School now offers free tuition for all its students, and it is financed by an endowment. Joe Babinski, a NYU medical school student, comments on 60 Minutes, “I think without a doubt it’ll make me a better doctor.”

The debate on higher education will continue to rage on. Organizations like Illinois Student Government and the Student Advocacy Coalition have a large presence on our campus regarding this debate. I encourage readers to look more into the current state of the cost of higher education and what it means for their future, not just regarding their own tuition costs, but how tuition will be paid for posterity.

David is a junior in LAS.