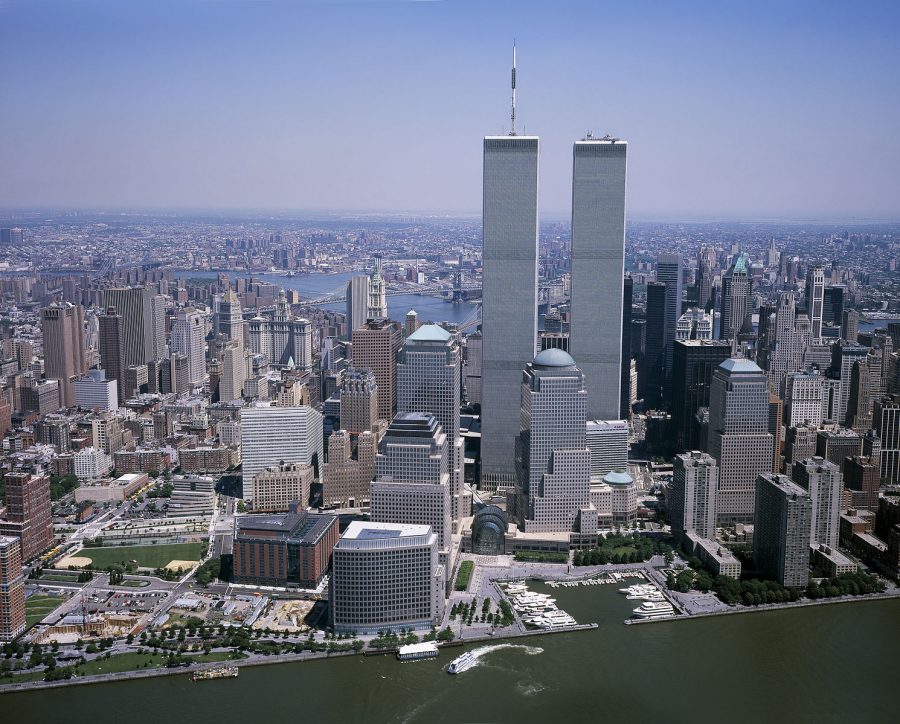 By Anthony Gavrilchenko, Columnist
May 13, 2019

Before I start this article, I would like to include some preemptive acknowledgements: The September 11 attacks were undoubtedly a national tragedy, and those who risked their lives in the aftermath ought to be revered as heroes. I am not seeking to minimize or diminish these atrocities — in fact I intend to do quite the opposite.

American political media, liberal and conservative alike, has turned 9/11 into a fetishized quasi-mythical event used to justify international war crimes and domestic Constitutional desecration. A recent example of the latter can be seen in the Republican backlash and political turmoil surrounding Representative Ilhan Omar’s decontextualized comments regarding the September 11 attacks.

If you’ve read even this far and haven’t scrolled to this article’s comments section ready with accusations of socialism, unpatriotism and sacrilege, I applaud you for your restraint (unless you’re reading a print copy, in which case feel free to head to the Daily Illini website and yell at me on there).

In 1967, University of California, Berkeley Professor of Sociology Robert N. Bellah identified a nonsectarian faith, one devoid of spirituality yet more American than a McDonalds Apple Pie: the U.S. civil religion. Influenced by and co-existing alongside Christianity, this civil religion was underscored in John F. Kennedy’s 1961 inaugural address, one of the last “great American speeches” canonized independent of partisanship.

Referring to God three times in his brief address, Kennedy proclaimed the quintessential rights of man to be derived from “the hand of God” and stressed “here on earth God’s work must truly be our own.” This intertwinement of divine will and political justification sets the foundational groundwork for American civil religion. Abstracted from any one faith system in particular, Americanism (as it is sometimes referred to) relies on a level of nationalistic fervor exceeding moderate nationalism inherently implicit in most other cultures.

Highlighting the self-fulfilling prophecy of “American Exceptionalism” and its unspoken implication of American genetic superiority, our civil religion bestows upon us a default state of moral virtuosity — we don’t instigate imperialism, we defend democracy! We “focus more on the nation’s triumphs than its sins.” America was not born out of a revolution; it got new management after a particularly hostile takeover.

Our (often flimsy) Constitutional separation between church and state has caused state to effectively take up the mantle of church, with the very same Bill of Rights as its Bible and with racism at its very foundational roots.

In God We Trust (that he only loves Us). One (and only one) nation, under God. Despite the platitudes of equality and unity peppered throughout our founding texts, their relative lack of explicit legal status (save for the often hilariously narrow interpretation of the 4th and 14th Amendments) allows the leaders of our country to shape it in the image of what their Founding Fathers truly intended: white male landowners (the ultra-wealthy) at the top, everyone else a tier (or ten) lower.

Despite significant legal progress in eliminating (or at least masking) codified racism, such bigotry and discrimination persists throughout our social institutions and society as a whole. Of Americans, 60% supported Donald Trump’s Muslim travel ban, and him “telling it like it is” has dominated reasons for his electorate. Most complaints from those same voters are along the lines of him “not hurting the right people,” a statement whose repugnance ought to be self-evident.

With this understanding of American sociopolitics in mind, it comes as no surprise that such a culturally crippling event as 9/11 would define generations of political policy, entertainment media and acceptable dialogue. America has mercifully not seen a land war since its earliest decades, something that cannot be said for virtually any other industrialized nation. This has historically shaped the United States’ role in international relations as well as our general understanding of foreign affairs and happenings. The only major force not decimated by World War II and immediate consequences, America enjoyed growth in booming industrial employment opportunities and the associated quality of life benefits from the ‘50s until the end of the 20th century.

To the privileged, equality feels like oppression, and the realities of globalization brought an end to the extensive privileges enjoyed by the average American (although corporate profits would only continue to rise). The aforementioned privilege of military security for Americans comes at the totally unnecessary cost of millions of innocent civilian deaths, 2 million of whom died after the U.S. funded, armed and trained mujahideen insurgents led by Osama Bin Laden.

9/11 was primarily motivated by criminal U.S. imperialism, and the military response alone killed hundreds of thousands of innocent civilians, displaced millions of refugees and cost the United States $5.6 trillion. How is any of this making us safer? The U.S. has committed the equivalent of thousands of 9/11 attacks on innocent civilians, and the only people who have truly benefited from this are the military industrial executives making hundreds of billions of dollars and the political underbelly of Washington, D.C. that pays “political analysts” to appear on news shows and proliferate social media propaganda.

A prime example of this can be seen in recent talk show star Meghan McCain, whose only real talent is being the daughter of a dead senator (who himself fully supported the mass murder of innocent civilians by America). Paid millions to cry crocodile tears about the manufactured story of the week, McCain’s accusations of anti-Semitism (as a Christian Republican, the party of anti-Semitism and Nazi-loving Steve King) and unpatriotic behaviour (as a footsoldier for the party that exploits 9/11) cannot be taken in good faith, and the same goes for the rest of Washington’s political consultant swamp. Hypocrisy has become so normalized, the double standards have changed into twice as many standards for the other team, none for us.

9/11 shattered the American psyche, and Republicans turned that shock into a national holiday, justifying trillions of dollars funneled to defense contractors that killed millions of innocent civilians and thousands of American soldiers. Democrats aren’t blameless either — the tentacles of the military industrial complex are bipartisan, and liberals would rather side with a fascist funded by their friends than a leftist trying to fix the system. The September 11 attacks were horrifying, but the greatest consequences came in the following decades, with us still feeling the effect its exploitation has had on our political order.

Anthony is a freshman in LAS.