Editorial | Don’t hurt the environment with your juuls 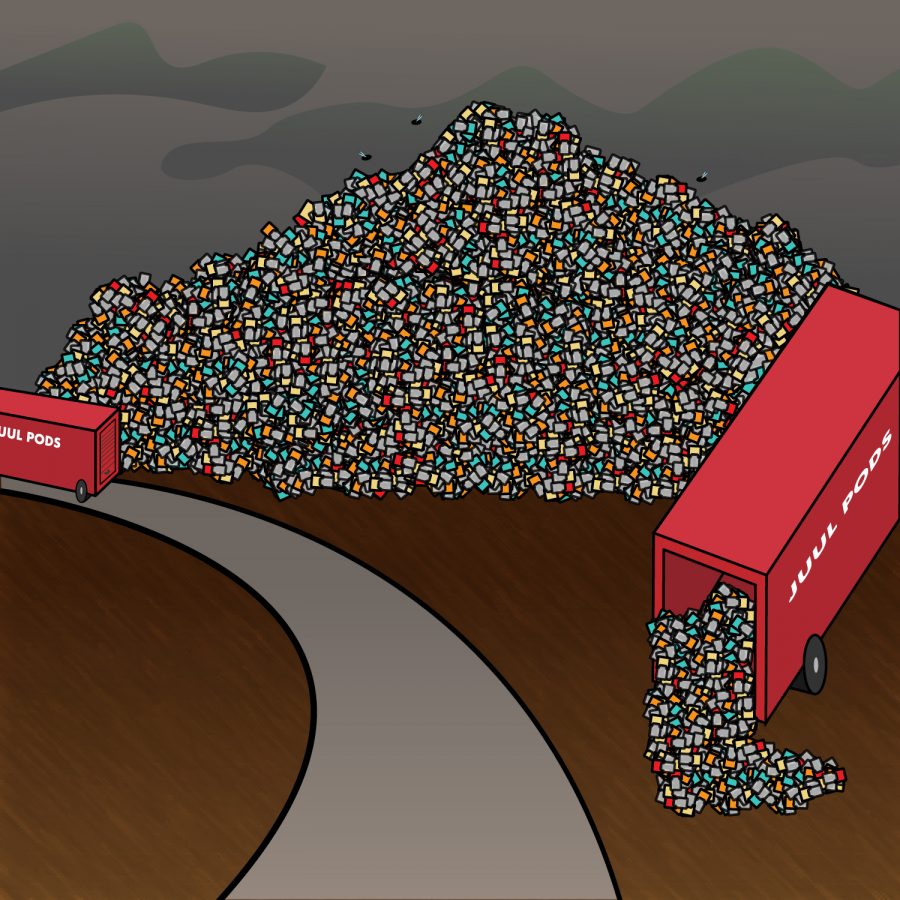 By The Daily Illini Editorial Board
September 5, 2019

Everyone knows vaping isn’t the best for you. Sucking anything into your lungs that isn’t the air we breathe generally isn’t a good call. And the recent vaping-related illness — already a killer, by the way — isn’t exactly a shining endorsement.

But, we’re humans. We do stupid, irresponsible things to our bodies. We drink, we smoke and we party. So what difference does it make to add one more self-destructive tendency to an already long list? After all, we’re not harming anyone else, right?

Vaping and juuling are actually quite harmful to the environment. Most e-cigarettes have cartridges or “pods” designed for a single-use, which gets the user about 200 puffs. These cartridges are made of plastic and as of yet are not recyclable.

Also, people are lazy, and often our trash becomes litter. Just think how often we see cigarette butts, napkins and other garbage lying around on our sidewalks. Juul pods and other e-cigarette cartridges can now be found among the debris, and it’s sad to see this uptick in littering.

As if this non-biodegradable filth polluting our planet wasn’t enough, e-cigarettes contain toxic metals and trace amounts of nicotine that then leak into the environment. Improperly disposed of juuls thus qualify as both a biohazard and e-waste.

We and the generations preceding us have already been poor stewards of the Earth. Now, our generation is contributing to the mess left by our ancestors by creating an unnecessary influx of non-recyclable material waste for a nicotine fix.

It’s not enough just to say, “Oh, well I don’t litter, so I’m not part of the problem. I always throw my juul pods in a garbage can.” So what? All of our garbage ends up in landfills, and the toxic chemicals in the pods can leak out there, not to mention the generally long life of plastic.

Don’t add more hazardous waste to the environment; there’s already enough from things that actually have positive impacts on human life (computers, refrigerators, medical machines, etc.). What do e-cigarettes do for anyone? Make you look cool? Give you a short-lived buzz? Come on, people. We’re supposed to be smarter than this.

Yes, juuling and vaping are bad for you as an individual, and yes, as an individual you have the right to partake if you wish. But this also isn’t just about you anymore; it’s about all of us. The future of our planet hangs in the balance of all our actions. So, next time you want to hit your e-cigarette, just don’t. Your planet (and your lungs) will thank you for it.