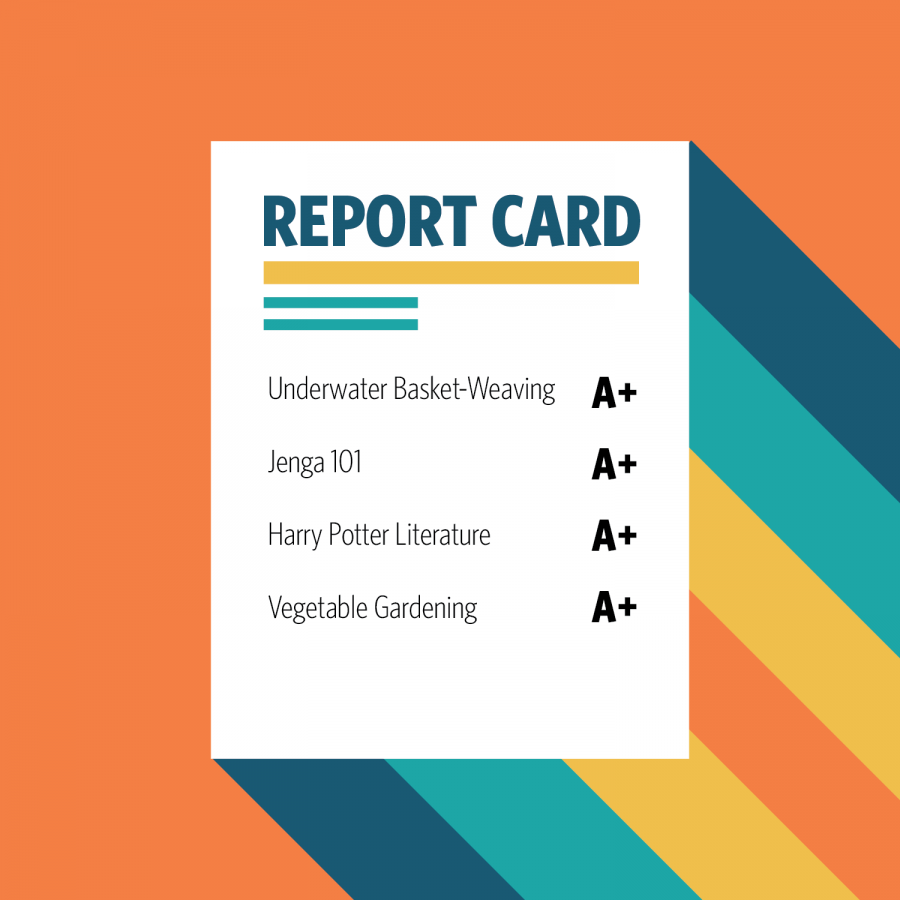 A few years ago, a group of scholars at the University created a data visualization online that charts every general education course at Illinois and the average GPA earned by past students. This is a useful tool for students who want to receive easy A’s at Illinois. I can look at the visualization and conclude that I should be taking Theater 101 as a gen-ed next semester because the average GPA is 3.61, and it would fulfill my humanities requirement.

Some may protest that college is for learning and students should take courses in the pursuit of intellectual enrichment, not for the sake of boosting their GPA. Critics may also say Theater 101 is a ploy by the College of FAA to sell more tickets for shows. In all seriousness, they need to keep in mind that Illinois is a land-grant university, not a liberal arts school. The original mission of the land-grant schools is “to teach agriculture, military tactics and the mechanic arts as well as classical studies so that members of the working classes could obtain a liberal, practical education.”

Higher education has traditionally focused on the liberal arts, so the statement above is coded language for, “Illinois was established to create specialized employees first and intellectuals second.” This attitude is reflected in how liberal arts students have a strong incentive to take easy classes and get high grades because not even the founders of the University believed a liberal arts education should take priority over industry needs.

A liberal arts education from Illinois in and of itself will not secure a job offer. This varies across major, but for the most part, LAS students have to do things outside of school to succeed in the job market. Most students know this, and so did members of Congress when they signed the Morrill Act of 1862 which established land-grant universities. That is probably why the College of LAS does not have its own career fair and shares one with the College of ACES even though the College of LAS is four times larger.

A study tip given to freshmen in LAS is that they should make being a student their full-time job. They are told to spend three hours a week studying per credit hour they have registered for. The recommended number of credit hours is 15, which would allow a person to graduate in four years without taking extra classes during break periods. 15 times three is 45 hours. More than a full-time job.

This is safe but unsustainable advice. Freshmen should establish a strong GPA in their first semester while they adapt to their college schedule, but they need to eventually expand their involvement in extracurricular activities and networking if they hope to secure a job offer.

To secure employment straight out of undergrad, freshmen should plan to do any number of the following things. They should join multiple student organizations to expand their network, obtain leadership experience and learn more about their career goals. After a semester or two, they should drop the ones that do not accomplish these goals and try to move up in leadership in the organizations where they have the most potential. The time commitment each week should vary from two hours to 15 plus hours.

They should aim to get an internship in Research Park. This will build their resume quickly and will open better internship opportunities for the summer and even better employment possibilities for when they graduate.

Assuming a student is able to perform at a high level and accomplish all of these goals and then some, they will eventually reach a point where they have too many responsibilities and something has to give. Most people would rather not give up a Fortune 500 internship or a leadership position in an organization where most of their friends are. The most sensible thing is to take easier classes. This is not because a student is lazy but because taking easy classes does a couple of things. First, it reduces a student’s risk of having a low GPA. Second, it frees up time to do literally anything else. Third, it seems like no one will actually care if they take a difficult philosophy course versus an easier one.

Is it optimal that students do this? Maybe not. Is it understandable? Absolutely.