Opinion | Trump and CNN need each other 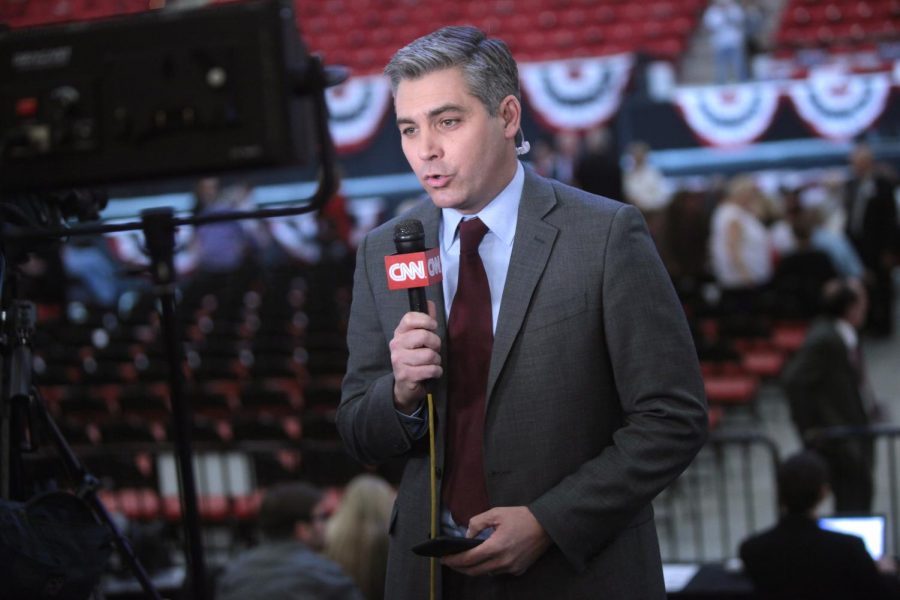 Jim Acosta speaks at a campaign rally for Donald Trump at the South Point Arena in Las Vegas, Nevada, on Feb. 22, 2016. Columnist Joe argues CNN and Trump depend on one another to gain more attention from the public eye.

From the outside, it is easy to get the impression the Trump Administration and CNN are at war. Trump tweets they are fake news, Jim Acosta gets kicked out of White House press briefings and the network’s panel shows often result in shouting matches between Trump surrogates and the hosts.

However, the reality is much more complicated and might even be described as symbiotic.

Much of the nuance comes from the odd personal relationship between CNN’s president, Jeff Zucker, and President Trump. The pair goes way back to when Zucker created “The Apprentice” and hired then-real estate developer and tabloid star Trump to host it. From there, the relationship only deepened.

CNN was one of the first news networks to take Trump’s campaign seriously and have him on as a guest. Astonishingly, this was often done at Zucker’s request.

Others noticed this odd phenomenon. Joe Scarborough from MSNBC called Zucker “Trump’s personal booker.” The network also covered Trump rallies heavily. In total, the network gave Trump $5.8 billion in free media — almost twice as much as it gave Hillary Clinton. While, of course, not all of this coverage was strictly positive, it helped legitimize the Trump campaign as a serious contender when most commentators were considering Trump to be a joke.

“I like Donald. I guess I shouldn’t call him that. I like President Trump. He’s affable. He’s funny,” Zucker said in the piece on CNN and Trump from The New York Times. He was not referring to Trump by his first name to be insulting — he did it because they are on a first-name basis.

In the same article, the reporter recorded a conversation between the two of them. While in the bathroom together, Trump asked, “You think any of this would have happened without ‘The Apprentice?’” to which Zucker replied, “Nope.”

It is also unfounded to dismiss the network as entirely anti-Trump, considering how much time they give to his supporters. CNN hired Trump surrogates Jeffrey Lord and Kayleigh McEnany. They even hired Corey Lewandowski — Trump’s former campaign manager who was let go for assaulting a reporter. These surrogates receive plenty of air-time to argue on behalf of the president.

As pointed out by Carlos Maza of Vox, there was an incident where Lord called Trump “the Martin Luther King of healthcare,” which turned into a day-long media cycle of CNN covering its own employees’ comments. It serves as an example of how much time CNN gives to Trump’s supporters and how unfocused the network is at doing real reporting.

The reason CNN has hired so many Trump surrogates is because of Zucker’s mentality toward politics. His background is entertainment, so his general interest is in making politics fun to watch. Maza aptly described it as “ESPN for politics” because the point is not to be informative — just entertaining.

CNN needs Trump. He helps their ratings through controversy, and in return, Trump gets constant coverage.

The story of Trump, Zucker and CNN is not a tale of rivalry. It’s a tale of how the lines between left and right and friend and enemy are blurred upon the introduction of money, power and ratings. In reality, liberals who believe CNN is speaking truth to power and conservatives who think CNN is a left-wing fake news machine are both delusional.