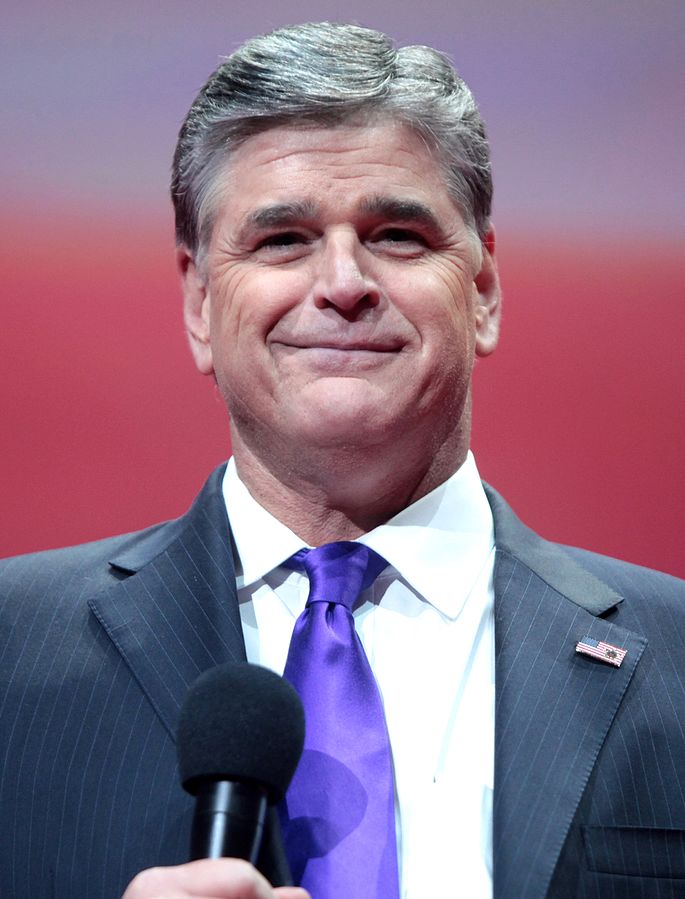 Sean Hannity speaking at an event in Greenville, South Carolina.

After the stunning allegations that were recently brought to light in a CIA whistleblower’s complaint and the subsequent decision by House Speaker Nancy Pelosi to open a formal impeachment inquiry, President Trump has come under a heap of well-deserved criticism. In the right-wing media, however, everyone is focused on Hunter Biden, son of democratic presidential candidate and former Vice President Joe Biden. This is despite the fact that neither he nor his father has committed any apparent wrongdoing.

Hunter was on the board of a Ukrainian gas company where he received a monthly compensation of about $50,000 per month.  The reason he got the job indeed was because his last name was Biden. But during the same period while Joe Biden was vice president, the Obama administration, as well as many other countries and the United Nations, had successfully called for the removal of the then Ukrainian prosecutor general, Viktor Shokin.

Does what Hunter did look bad? Sure, it does. It seems “crooked.” But at the end of the day, the younger Biden did nothing wrong. However, it is certainly grounds for impeachment to solicit interference in a United States election from a foreign power, which is what President Trump appears to have done.

Besides the president’s actual or potential crimes, what’s even more curious is the right-wing media’s attempts to spin this ordeal to be more damning for the former vice president than for the current president. This is less about what President Trump did and more about how media outlets, like Fox, are more focused on crimes that Joe and Hunter Biden didn’t commit than the actual wrongdoing of a sitting president.

In the last two weeks, we have learned that President Trump (while in office) asked Ukraine to investigate a potential political rival, asked Australia to discredit the findings of the special counsel’s investigation and also called (on live television) for China to investigate his most likely political opponent. You know, business as usual.

So what’s the tune over on Fox? Have all those pro-Trump hosts and guests finally put their political agenda aside and decided to say and do what’s right?

No. Sadly, many of the Trump-enabling pundits haven’t changed. In fact, Sean Hannity is enabling harder than ever. “This isn’t about President Trump at all,” he’ll say. “This is about Joe and Hunter Biden and their crimes!” Hannity asserts that the president had every right to ask for those investigations. Since the news of the whistleblower, the pro-Trump figures in the media have been hard at work trying desperately to change the subject. Laura Ingraham and Tucker Carlson have chosen to distract instead of defending Trump outright, like Hannity.

This is the same kind of whataboutism that was on full display during the 2016 election when Trump was facing off against “crooked” Hillary. Trump said something horrible on a bus with Billy Bush? Well, what about Bill Clinton? What about all those accusations?

This is the reason that nothing ever seems to stick to Trump.  He truly is the “Teflon president.” This will continue to be true as long as he has an entire media apparatus that is willing to spin in his favor by playing whataboutism against his enemies.  And it isn’t as if Trump’s opponents can do no wrong — they can and do. But as many of our parents used to tell us: “Two wrongs don’t make a right.” In other words, if your opponent did something awful, that doesn’t excuse your bad behavior, especially if you’re the president of the United States. Two wrongs don’t make a right, and a disproven conspiracy doesn’t exonerate President Trump.