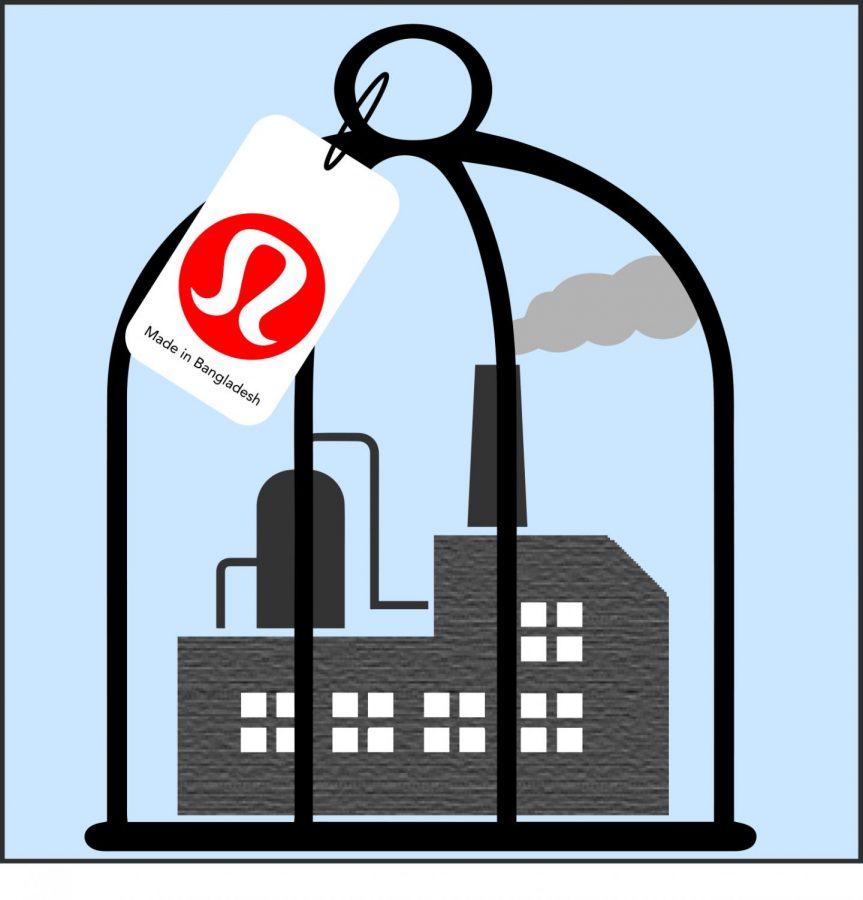 By The Daily Illini Editorial Board
October 24, 2019

People often talk about slavery as if it’s a concept of the past; however, a recent investigation by the Guardian shows slave labor is flourishing — just in a different way than it did a century ago.

Now, big corporations utilize sweatshops and what is ostensibly slave labor to produce their high-end clothing. In October, reports surfaced of workers being physically and emotionally assaulted in a factory sourced by Lululemon in Bangladesh. Female employees, in particular, were reportedly beaten and called offensive words on top of not being allowed breaks and taking home a paycheck of a little more than $100 a month.

The possibility of purchasing a piece of clothing that has caused another human misery is high. Thus, it is now more important than ever to remain aware of where your clothing comes from.

Many of the clothing companies we buy from today use overseas manufacturers which exploit low-income people in developing countries who try to find work in sweatshops that produce brand-name clothing and shoes. Brands such as Nike, Adidas, Patagonia and L.L. Bean have been under fire in the past for abusing and underpaying their workers, 85% of whom are women, in Bangladeshi factories.

In 2017, the Council on Foreign Relations reported thousands of Bangladeshi garment workers protested and shut down over 50 fast-fashion clothing factories for international brands such as Gap, H&M and Zara.

We can look to the introduction of social media and online shopping for the rapid growth of the consumer clothing industry, causing consumers to purchase inexpensive clothes from fast-fashion shops like Forever 21 and H&M.

It can be difficult to avoid trends, but it’s important to think of those you might affect before purchasing jeans to match your favorite Instagram influencer, only for those jeans to become passe in a couple of months.

Instead, consumers should stray away from mass-producers and invest in items that last longer because they are better for the environment and don’t contribute to the poor conditions of sweatshops.

So, now you know the truth about where the clothes you wear might come from. But how do you avoid filling the pockets of the people operating such atrocious sweatshops?

Well, for one, you can buy secondhand items from thrift stores like Goodwill. It reduces both the production of new items and the need for someone to produce them.

For another, you might try shopping exclusively from American-made brands like those listed on thegoodtrade.com. American laws protect workers from the conditions in factories elsewhere, so at the very least, you know your money isn’t going to the criminals who are keeping slavery alive.

So, the next time you’re tempted to pick up those Lululemon leggings, give a brief thought to the people behind the tag and the cruelty they endure.