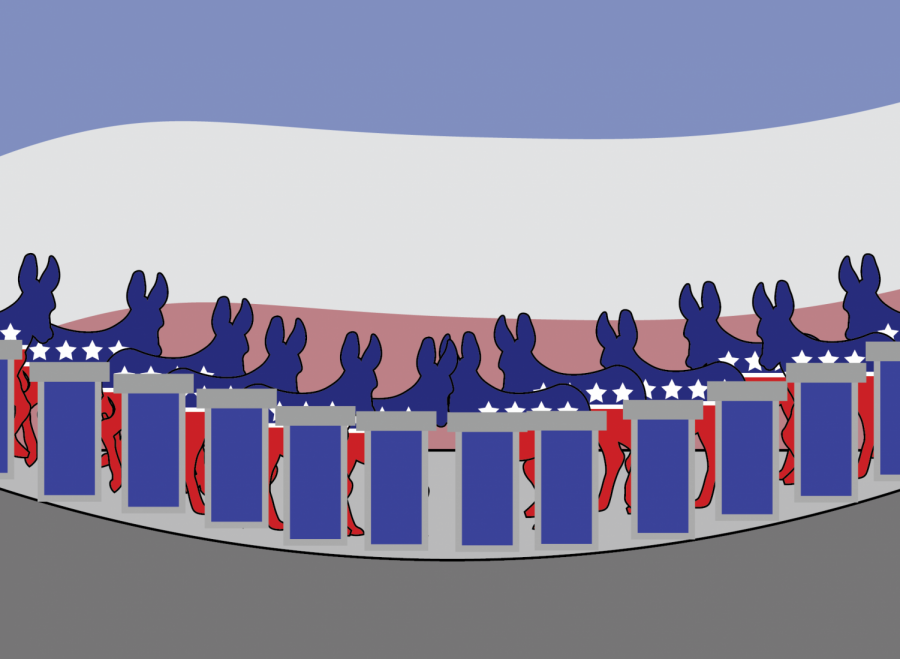 After the 12-candidate Democratic debate, (which seven other candidates didn’t even qualify for), many voters — myself included — are concerned that the 2020 Democratic field has not narrowed nearly as much as it should have by now.

This was the first debate for Steyer, who raised more money than any of the other candidates during the third quarter and has raised the fourth largest sum of any Democratic contender so far. This was also the returning debate for Gabbard, who failed to qualify for the September debate.

For reference, the Republican primary debate of October 2015 featured 10 candidates, and the race itself featured only 15 total candidates at the time of that debate.

This is what I would consider a kind of pivotal point in a presidential primary race.  Summer has come to an end, the American people have begun to tune back into the news and politics, and the Iowa caucuses are only a little over three months away. Based on the 2015-2016 primary season, this is where I would contend that things have begun to get fairly serious.

We also seem to have entered a point in the race where the candidates have found their various ideological “lanes” as well as their individual bases of support. This is well reflected in early state and national public opinion polling, and the candidates can now be organized — quite easily — into several tiers. Although early states differ somewhat in terms of which specific candidate is in first or second place, the overall trends in the data seem to support this idea.

In the top tier, there areBiden, Warren and Sanders. Biden and Warren are further ahead than Sanders, but Sanders is still ahead of the remaining candidates.

In tier two, there are Buttigieg and Harris, who have consistently out-paced many tier three candidates but have failed to catch up to their tier one colleagues.

Finally, in tier three, there is basically everyone else. Most of the remaining candidates have consistently been polling only around 2-4% in national and early state polls, and this race has essentially been underway since January. If a candidate has failed to achieve even high single-digit polling in a consistent fashion by now, I would say the odds of that person becoming the nominee are slim to none.

Most would probably agree that any of the current three tier-one candidates has the best shot at becoming the nominee. With Biden and Warren in a dead heat in most early state polls, the best chance of all probably lies with one of those two. Tier-two candidates Buttigieg and Harris could still potentially make significant gains before primary voting begins, but this becomes less and less likely as time passes.

Tier three candidates, on the other hand, are likely in significant peril. As time goes on, and the Democratic National Committee debate qualification rules continue to get stricter, it will be enormously more difficult for these candidates to stay in the race.

This brings me to my main point. There will be only one nominee, and it will almost certainly be someone from either the first or second tier. If you are a candidate for the Democratic nomination for president who has thus far failed to gain a significant amount of momentum, it is time for you to drop out of the race.

It isn’t like these candidates were excluded by the Democratic establishment. Many lower-profile candidates have been included in several debates, appeared on town hall programs and have been featured on countless hours of cable news.

This is the point in the primary season where one candidate needs to begin to gain the momentum to win not only the Democratic presidential nomination, but also the momentum to beat Donald Trump as well. This will become ever more difficult if low-polling candidates continue to crowd the debate stages and take up valuable television airtime.

Beating Trump is essential, and an overcrowded Democratic convention won’t be helpful in the slightest.