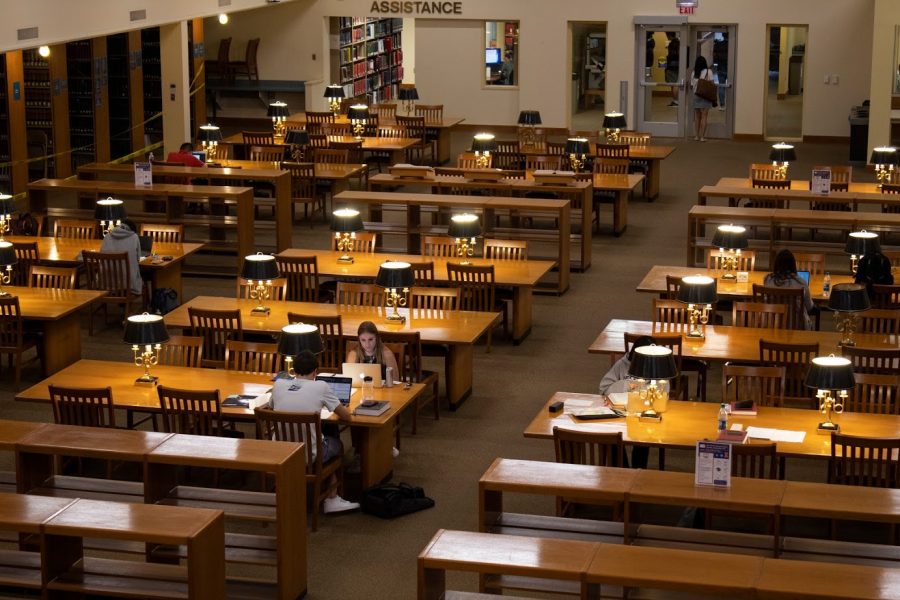 The College of Law Library on Friday Sept. 20.

For many generations, standardized testing has been the measuring stick used to evaluate a student’s academic competencies. It’s something we all love to hate. But the culture surrounding standardized tests is changing, potentially changing for the better.

Both of these revisions are going to completely shift the purpose of standardized tests to not only be an objective measurement but to allow students more accessibility. Though this is a step toward increasing diversity, the change needs to be met with caution.

Allowing students to retake sections without having to retake the entire ACT will prevent them from receiving lower scores on sections they had done well in before. This will offer increased flexibility for students, not to mention save them time and money.

The LSAC decision to get rid of logic games comes off the heels of a lawsuit that argued the LSAT discriminated against blind people taking the test. The analytical reasoning section involves various “logic puzzles,” requiring the test-taker to draw out diagrams or figures to find the solution to the problem. For blind individuals, this task is next to impossible to complete. Despite having existing accommodations like Braille text and screen-reading software, they don’t help blind people with the logic puzzles section that relies primarily on being able to draw a picture.

This new change to the LSAT will be a more accurate representation of the diversity in our society and better reflect the goal of equal opportunity in legal education. Anyone interested in applying to law school should be able to take the LSAT to the best of their abilities. Creating accessibility for a wider breadth of people is the key to ensuring this happens.

It is important to note, however, the integrity of these standardized tests should not be lost. Analytical reasoning plays a big role in evaluating whether a student has the necessary skills to go to law school. The LSAC will need to find a suitable alternative to logic games that still tests this area of knowledge.

Similar to the ACT, students may now only focus on the areas they are struggling in while discounting the other subjects. The ACT is a comprehensive exam that takes a holistic approach in ensuring students are meeting expectations in a variety of subjects, not just one. Teachers and administrators should use caution against downgrading the importance of the other sections because they are equally valuable.

These alterations in standardized testing are ultimately going to allow a greater number of people to have access to them. Since standardized testing is seen as the gateway to achieving one’s dreams in any academic field, the revisions will open more doors to opportunities for student achievement.