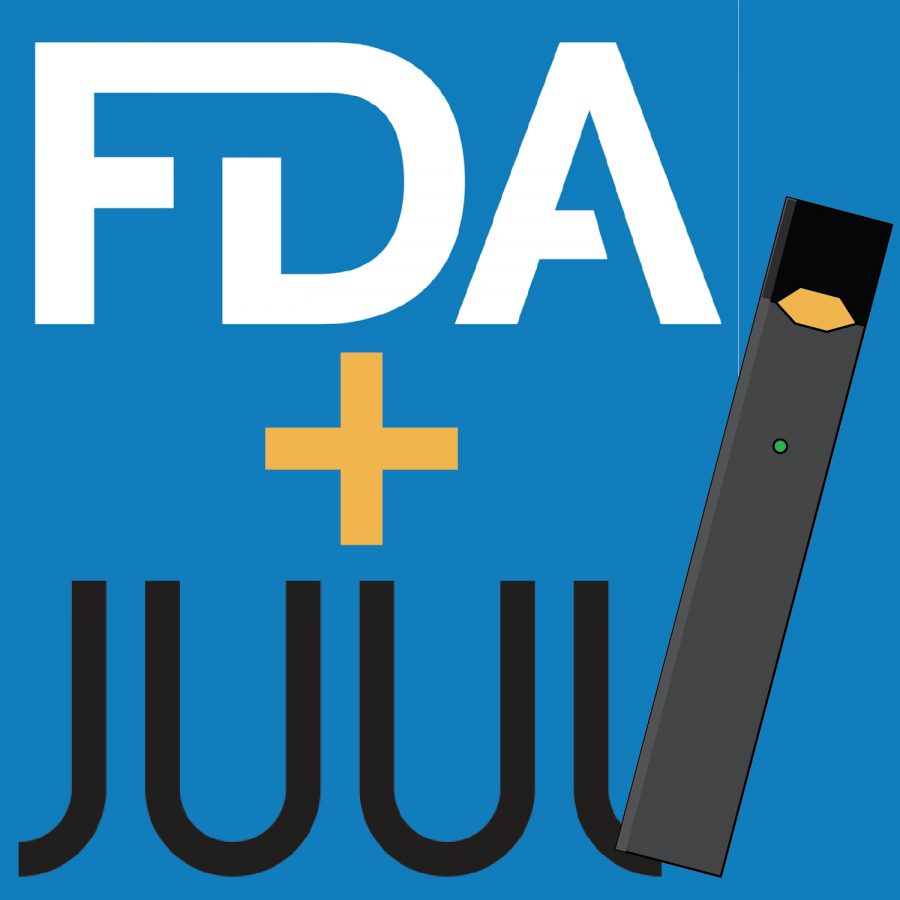 I feel like Juuls randomly popped into existence the year I graduated high school. It’s not all in my head — Juul sales went from 2 million to 16 million between 2016 and 2017, and the number of high school seniors who admitted to vaping nicotine almost doubled from 2017 to 2018.

Although Juul markets itself nowadays as a healthier and safer option for adults addicted to cigarettes, they’re in the midst of a criminal probe investigating their earlier marketing, which was unmistakably geared toward minors.

Studies by researchers with Stanford’s Research Into the Impact of Tobacco Advertising showed early Juul ads clearly targeted minors. Despite toning down such advertising and continually repeating their mission statement to focus on adult smokers, Juul capitalized on their social media presence and peer-to-peer marketing to make their product attractive to minors.

The slick, discreet design of Juuls, available in fun flavors like mango, doesn’t really match up with their stated target consumer. The current Juul website contains testimonials from smiling women with graying hair stating how easy it is to figure out how to use a Juul and how helpful their customer service is.

Big tobacco companies are often painted as hapless victims in the story of the meteoric rise of Juul, and that’s an extremely misleading view.

In the late 90s, anti-smoking campaigns began to gain traction; in particular, teen cigarette use dropped significantly, from over 35% of high school seniors reporting the use of cigarettes in 1997 to about 15% in 2015, and down to less than 8% last year.

Tobacco companies were determined not to get left behind. Altria, the parent company of Marlboro, purchased a 35% stake in Juul in December of last year. In 2017, British American Tobacco acquired the parent company of R.J. Reynolds Vapor Company, which owns Vuse (the second most popular e-cig, with 10% of the market share to Juul’s 74%).

As the FDA looked to regulate the e-cig industry, and specifically curb the rise in youth use of e-cigs, lobbyists representing Altria and several other industries petitioned incessantly to strike the most egregious part of their rule: the flavor ban.

When the rule was passed in May 2016, there was no mention of any regulation of flavors, and 15 pages of evidence demonstrating how flavored liquids attract children to purchase e-cigs were mysteriously absent.

The reason? A flawed cost-benefit analysis. Limiting flavors would affect small vape shops, which would harm the economy and, in their view, over-regulate the free market — which was a graver concern than teenage nicotine addiction.

Today, one in four teenagers use Juuls or similar products, directly due to targeted marketing and lack of prompt regulatory action by the FDA.

As cases of vape-related diseases, injuries and deaths emerge, politicians (including the President) have pushed for a ban on flavored vape liquids, although the cause seems to be contamination from third-party and unlicensed products.

As mentioned above, a flavor ban would mostly affect small vape shops that mix their own vaping liquids. Although there was originally a call to ban all non-tobacco flavors, lobbyists have successfully forced those in charge of the bill to consider allowing mint and menthol flavors on the grounds that adult smokers trying to quit are the ones using them.

Of high-school-age e-cigarette users, 63% use the mint or menthol flavor.

The biggest issue here is a flavor ban isn’t going to stop the kids who are already addicted to nicotine from vaping. The rise of Juul has spurred a cultural movement — vaping is everything that smoking was at the height of big tobacco’s reign. And even better, it’s supposedly cancer-free.

Even if e-cigarettes turn out to be 100% healthy, the heart of the matter is nicotine is an addictive drug used heavily by children. This constitutes decades of profit for Juul and their tobacco investor friends, even if it does turn out vaping kills.