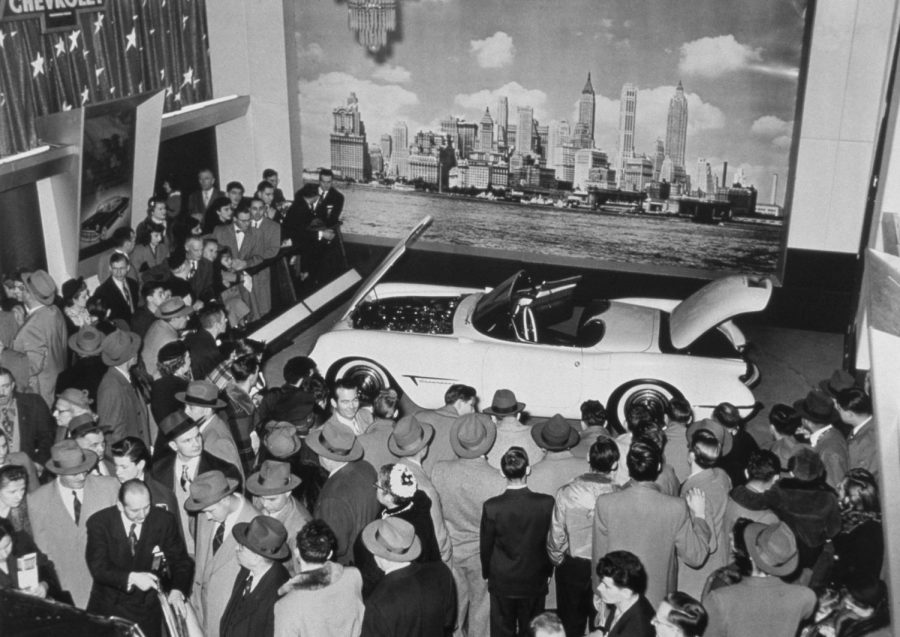 Photo Courtesy of The first Chevrolet Corvette on display at the 1953 General Motors Motorama car show. Today, production of the newest C8 Corvette has been delayed due to the GM strike.

The first Chevrolet Corvette on display at the 1953 General Motors Motorama car show. Today, production of the newest C8 Corvette has been delayed due to the GM strike.

After 40 days of striking, 46,000 of General Motors’ employees are deservedly benefiting at the severe expense of the entire American auto industry. GM stock has remained mostly flat for the past half-decade, but rising costs and thinning margins could sadly bring the same downward pressure on price as Ford and Fiat Chrysler have experienced.

The contentious strike caused delayed deliveries of the highly anticipated, mid-engine Chevrolet Corvette C8 and many more headaches for management that will be felt for years to come.

But in the end, the employees have won their boosts in compensation and healthcare provisions which is a rare win for American unions. However, the long-term staying power of the entire company should be questioned as the additional expenses will hurt its profitability and weaken performance for fellow automakers who will likely be forced into the same union contracts.

Yes, the union contracts will boost personal incomes but will also shed light on a weakness of capitalism which is the perpetual tension between worker and employee. Without outside forces, deals like these will inevitably drive human employees to the streets because they are simply too cost-inefficient.

Besides this long-run workforce crisis, the current automotive industry has plenty of other immense difficulties to combat. The industry probably isn’t yet heading toward the same crisis it experienced during the 2008 financial crisis when everyone went bankrupt, but there are rising threats of increased labor costs and environmental standards that are crippling corporate incomes.

In addition to rising costs, the reality of global economic growth screeching to a halt won’t bode well for consumer spending on costly vehicles when the alternative of an Uber is cheaper and easier. It is hard to imagine General Motors, Ford and Fiat Chrysler staying profitable in the face of macroeconomic headwinds and a “Peak Car” industry environment.

The costs are adding up. According to analysts, the deal struck between the United Auto Workers union and General Motors will add $350 million in annual labor costs during the four-year contract term. This figure represents about 3% of GM’s average operating profit (earnings before income and tax) from the last several years. GM can probably weather these costs because they have the strongest financial operations of the Detroit companies.

Auto companies recognize the need to pivot away from internal combustion engine operations and are banking on profits down the road but at the current expense of immense research and development. The heavy investment by GM and Ford in electric cars won’t turn into positive cash flow for a number of years, and the event of a dire recession could cause an issue with this growth of their business down the line.

But as union strikers begin to make their march across the street to the far less profitable Ford and Fiat Chrysler, the prospect of crisis for these two is real.

Since 2013, GM’s net income margins have remained steady at around 5%, which is just enough to be safe. But Ford’s margins have declined from a robust 8.1% in 2013 to only 1% in 2019. The story at Fiat Chrysler is bleak as their figures hovered above and below 1% until the hefty consumer spending of 2017 and 2018 provided a boost to 3% (which won’t be maintained).

Sadly, these figures all point to dark days ahead for automobiles and the people who make them. And even though Uber and Lyft are losing money out the wazoo, I can’t lie to myself and reject their growing societal importance.

As a car guy, I don’t want to admit America’s car industry is in danger, but the companies aren’t making as much money as they once did. Maybe the car industry just needs to cool down for a couple of years to weather the worries of a “peak car” environment.

The slow death of a proud industry that has been part of the backbone of American culture is a sad phenomenon to watch. I would be lying if I said I wasn’t secretly hoping Uber and Lyft’s massive debt piles will bring them down in the wake of the next recession.