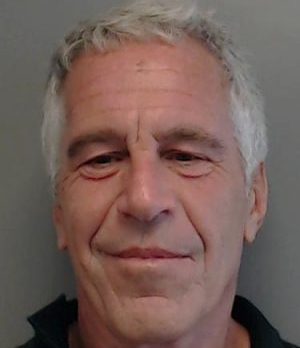 Photo Courtesy of State of Florida

A mug shot of Jeffrey Epstein. Columnist Skylar argues Epstein’s death should not warrant the death of his investigation.

Jeffrey Epstein, a hedge-fund billionaire and serial rapist, was brought back into the spotlight after the forensic pathologist hired by Epstein’s brother concluded Epstein was murdered.

This is in contradiction to the New York City coroner’s findings two months ago that ruled the death a suicide. This has led to a series of events, including a Fox News guest claiming Epstein didn’t kill himself on live air, a video of an ABC news reporter admitting her station covered up the story and hoards of memes on the topic.

The recent coverage around Epstein is a good thing, as the story seemed to be almost forgotten about after Epstein’s death. My only fear is this story will simply devolve into a casual joke rather than leading to any real progress on the case.

Regardless of whether or not Epstein was murdered, his death shouldn’t mark the end of the investigation.

There were many people that participated in his large-scale sex trafficking ring, none of which have faced justice. Epstein clearly had information on powerful people. Even if his death was a suicide, it is clear these people, such as Prince Andrew and Ghislaine Maxwell, are glad he can no longer talk.

I don’t bring this up to go down the conspiratorial rabbit hole, but rather to bring up the fact there is a lot of work to be done on finding those who participated in the crimes that occurred on Epstein’s island; his death doesn’t mark the end of the story.

His death was also a clear show of negligence on the part of the New York City correctional facility, as he was taken off of suicide watch just 12 days earlier, and guards were caught skipping checks on his cell and falsifying documents. This type of behavior is not uncommon in jails in the United States.

I am not here to police your memes. In ways, this has helped the story not lose traction by continuing to bring this story up and forcing the media to cover it. But the case needs to continue to be treated as a serious matter and a failure of justice, not simply a joke.

Although the man was absolute scum, there is still tragedy in his death. None of his victims ever got to see their day in court, and none of the countless participators in his crimes were ever exposed and prosecuted.

As observers of this great injustice, we should use whatever power we have to keep the story in the light and persuade the government to find those involved. Do not let the disgusting events of a pedophile ring become just another dead meme.