Opinion | Not all criticism is irrational religious fervor 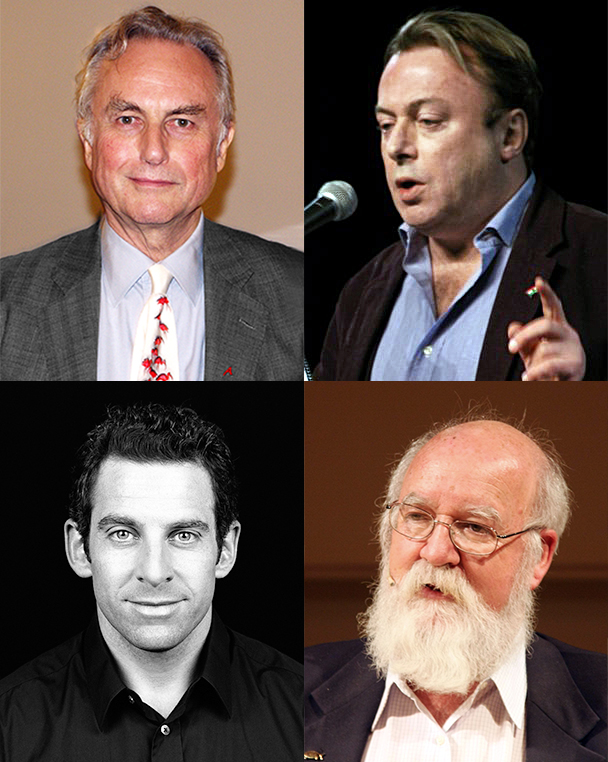 In the shadow of 9/11 and the Bush years, a movement of public intellectuals, bloggers and YouTubers arose concerned with what they perceived as a rise in fundamentalism. They were perturbed by both fundamentalist Islam destabilizing the world and conservative Christians at home dissolving the separation of church and state. They became known as the New Atheists.

While many “old” atheists (think Nietszche) were worried about the societal implications of a godless world, New Atheists were worried about the societal implications of an overly pious one and aimed to accelerate the decline of religion. The funny thing is while this movement probably sounds like a group of radical liberals trying to destroy religion, in only a decade most of them became right-wing hacks, leaving behind an internet primed for the alt-right’s arrival.

The founding fathers of New Atheism were “The Four Horsemen,” a group consisting of biologist Richard Dawkins, neuroscientist Sam Harris, writer Christopher Hitchens and philosopher Daniel Dennett. Dawkins and Harris moved hard to the right, while  Christopher Hitchens, due to his views on Islam, became increasingly bellicose. He said “holy war” was the biggest threat to civilization and “it’s us, plus the 82nd Airborne and the 101st, who are the real fighters for secularism at the moment, the ones who are really fighting the main enemy.” Instead of Pope Urban II rallying troops to the Holy Land, it is a man who hates the pope but has similar intentions.

One of the founding principles of the New Atheists was their commitment to finding the “truth” using facts and logic. This mentality has bled into other right-wing public figures like “Intellectual Dark Web,” which Harris now possesses membership to. While of course searching for truth is admirable, there is a certain kind of twisted logic to the approach made by these groups; they are skilled at employing rhetorical tricks to make their followers believe that their subpar talking points are profound.

This started with the New Atheists and their penchant for making trite criticisms of religion, such as “you can’t prove God.” They were able to turn the edgy statements every teenage atheist says to their parents into an intellectual movement the same way the Intellectual Dark Web has with its shallow arguments about race and IQ.

Dawkins followed a similar path, as his increasing sexism and odd comments about rape made liberals uneasy. Then, last year he tweeted, “Listening to the lovely bells of Winchester, one of our great mediaeval cathedrals. So much nicer than the aggressive-sounding ‘Allahu Akhbar.’ Or is that just my cultural upbringing?” He finally comes full circle by lauding Christianity, his old foe, and betraying his true islamophobia.

A combination of their newfound hawkishness and conservative views on race and sex led many people to ignore them. They — mostly Dawkins, Harris and their followers — became increasingly anti-PC and began to move to the right more generally. This is true of many of the current alt-right YouTubers who started off anti-creationist types. They started some of the earliest YouTube political channels that attracted a community of online angry young men, which is now the bedrock of the alt-right.

The first problem the group faced was that its version of atheism was not about disbelief in God but rather about creating a new godless religion based on science and “truth.”

In my high school there was a student who carried around Dawkins’s book, “The God Delusion,” which became the holy book of the movement, and another student who carried around the Bible; both equally evangelized their beliefs. The New Atheists failed to realize that the problem with religion is not so much its existence but how it can create and justify abusive power structures. In arguing against it, they did not deconstruct the power dynamics but simply attempted to change the justification.

Harris, Dawkins and Hitchens are all acute minds and prolific writers. But it’s because of their acumen that they often became an echochamber of intellectual hubris. The Four Horsemen became an elite group of white guys who were bad at taking criticism. When confronted about their obvious logical pitfalls, they dismiss these attacks as “politically-correct irrationale.”

The story of New Atheism is one of how well-meaning social movements, with the goal of fighting fundamentalism, can become something much more sinister when they let their ego cloud their judgment. Though their belief that science, logic and reason was on their side, they believed all criticism was irrational religious fervor or PC liberal culture.