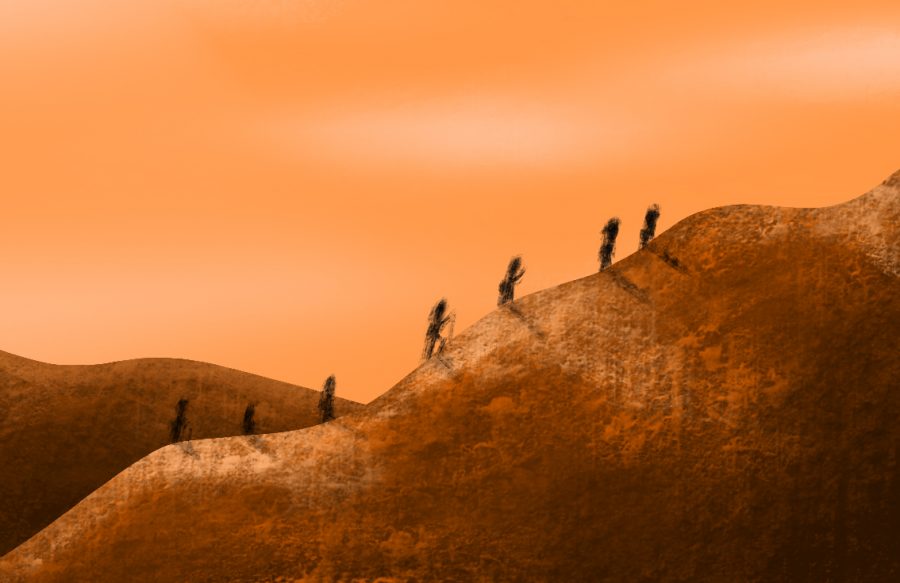 While the post-apocalyptic Earth often preached by some heavy climate change activists paints a worrisome picture, the consequence of climate change that will be more visible, and could bring on a more immediate discussion, is in the realm of migration.

The impacts of climate change will be disproportionately felt by the Global South (countries referenced as low or middle income, or developing) compared to the Global North (wealthy, developed countries).

As global warming progresses, not only will coastal cities be as risk for irreversible flooding, these developing countries will face larger temperature variations which will lead to water scarcities and less efficient crops, throwing a wrench in the fundamental basis for civilization.

This has the potential to lead to a massive displacement of people unlike anything humanity has seen previously. The World Bank has estimated by 2050 143 million people could be displaced, all from Sub-Saharan Africa, South Asia and Latin America. The best-case scenario would drop this number to a still-staggering 40 million.

Yet while it seems a climate time-bomb is ticking, the Global South is becoming richer. As the Global South continues to develop, people in these countries are becoming more wealthy by global standards as economic expansion has led to a more productive economy in many parts of the developing world.

While people in the Global South become more wealthy, they don’t necessarily stay in their countries. Often, instead of building wealth in communities within their home country, they are now able to afford means of travel, legally or illegally, to places of better opportunity, such as America or Europe.

This trend will be exacerbated by the effects of climate change as the uninhabitable land will place increasing pressure on those who can afford to migrate to do so.

The massive migration patterns that the Global North will have to deal with will almost certainly result in nasty political discourses that harm those vulnerable. We’ve already seen what small to medium scale migration — such as Latin Americans coming to the United States or African and Middle Eastern refugees coming to Europe — can lead to in the political realm.

Rhetoric from populists incite tensions between groups of people when they are most emotionally fragile. This results in stark contrasts of ideologies that stray further away from any realistic or pragmatic solutions.

Realistically, Europe, the United States and Canada can’t settle 40–143 million climate refugees. The scale of humanity in such an event is far too large for any inner circle of nations to handle. An impending crisis on such a level will have to be solved on a global scale, in a way that lets people stay in their homeland and have the ability to live without scarcities of food and water or constant flooding.

Developed countries, and borderline countries such as India and China, owe it to those less geographically fortunate to tackle this issue. It is in their own national interest to do so as the current state of the world is ill-prepared for such an event.

The current legal implications, both in the United States and the United Nations, of who is a refugee does not even acknowledge climate as a cause. In December the U.N. passed a non-binding pact to acknowledge the displacement and how to utilize resources to better manage an impending crisis. However, the United States, along with a handful of populist-governed countries in Europe, did not sign.

The pact’s immediate implications are more than anything a showing the politics of migration are still polarizing and unstable for democracy. Tackling climate change in the immediate can lessen the effects that a wide-scale migration of people, untenable by the more fortunate countries, will have on the world.

The climate-centric effects of climate change undoubtedly present a concerning future for humanity. But the human-centric viewpoint presents the consequences of climate change in a way that is tangible and more easily identifiable.

It will be the people, not the temperature, that drives responsive action from wealthier countries to some sort of attempted resolution. The world, particularly the Global North, owes it to itself and the Global South to understand the human consequences and mitigate its effects.