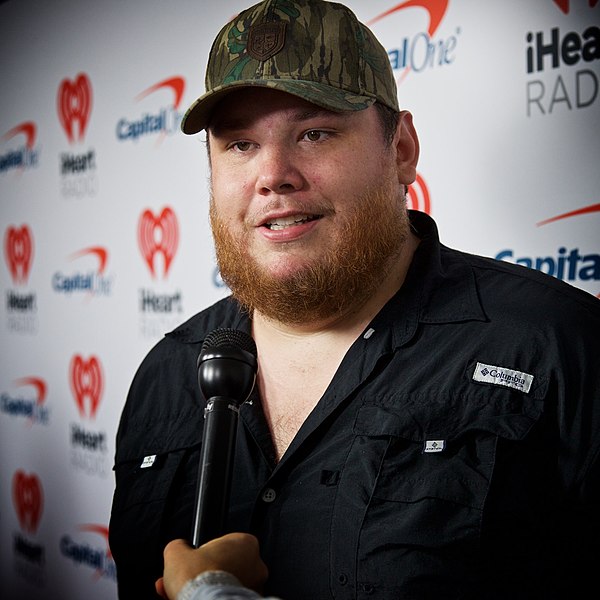 Luke Combs is interviewed during the iHeart Country Festival in Austin, TX on May 4, 2019.

When country music comes to mind, people normally associate the genre with many elements like Nashville, The Grand Ole Opry, trucks, backroads, small-towns, drinking and cowboys. Nowadays, when anyone thinks about country music, the name of rising star Luke Combs is always mentioned. And that’s not a bad thing, either.

Over the years, country music has taken a sharp turn toward the pop genre. With artists like Dan + Shay, Thomas Rhett and Kelsea Ballerini, whose music sounds more pop than country, it’s hard to find artists who follow the traditional country path. When Combs stepped into the constantly growing Nashville industry, he brought back the country sound the genre has been missing.

In 2015, he released his first single “Hurricane” that soon reached number one. As the song rocked the charts and country hearts at the same time, critics and fans both began comparing him to country legend Garth Brooks, who found similar success with his single “Friends In Low Places” in 1990.

Like Brooks, Combs has taken over the country music scene. With six other number-one songs already under his belt, including “When it Rains it Pours,” “Beautiful Crazy” and “Beer Never Broke my Heart,” and a number-one album titled “This One’s For You,” there are no signs of him stopping anytime soon. It’s not bad for the now 29-year-old singer who learned to play guitar and write songs in college.

Countless factors play into why Combs is so likable and now one of the top artists in the industry. He relates to fans with original songs when they need them the most. He makes wholesome country music with sounds similar to Brooks and Dunn and Alan Jackson that makes country fans nostalgic for the 1990s.

As of now, in his short career, fans have not yet found anything wrong with Combs. And neither have I. Maybe that’s why he headlines sold-out shows at arenas across the country, instead of playing shows at small bars, county fairs and festivals like in those early days of his career.

With all of his undeniable success, Combs isn’t the only one who has contributed to the new, traditional, country sound. New artists like Cody Johnson, William Michael Morgan, Ashley McBryde and numerous others have also lent a helping hand in bringing back the country sound fans have missed for so long.

On that note, Combs is by no means Brad Paisley or Keith Urban shredding on an electric guitar. He’s not Jake Owen or Kenny Chesney with no shoes and a beach vibe. He’s not even like popular country bands Little Big Town, Lady Antebellum and Rascal Flatts with harmonies that make the music sound so much better.

Combs is who he is. In this time of constantly blending country and pop music together, country music fans could not be happier.

So Luke, if you’re out there somewhere and happen to read this, keep on doing what you’re doing, not only for the fans but for the sake of country music.