Opinion | Elon Musk deserves to be person of the decade 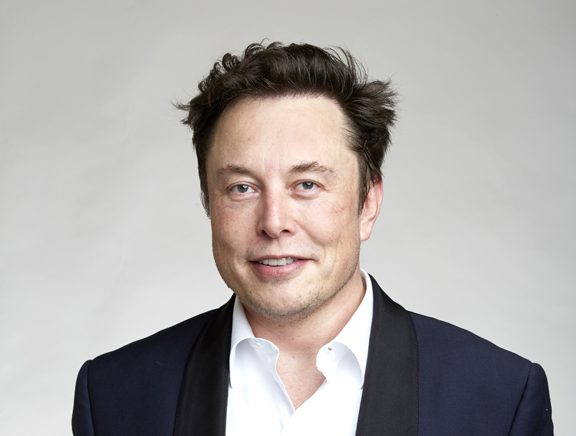 Billionaire Elon Musk poses for a photo at the Royal Society admissions day in London in July 2018. Columnist Clint believes Musk has earned the title of person of the decade because of his many accomplishments.

With all the recent controversy — or rather, the Twitter tantrums from President Trump — regarding Time Magazine’s selection of Greta Thunberg as the 2019 Person of the Year, I have been thinking about who might be best regarded as person of the decade.

Now that 2019 is officially over and the holiday season is well behind us, I have had some time to think it over, and I believe such an honor should go to the one and only Elon Musk.

Musk may not be the most obvious candidate for this title to most people. However, he is widely admired, and he recently tied with former president Jimmy Carter on Gallup’s 2019 list of most admired men in the U.S.

Many are quick to point to Musk’s many successes and failures when discussing him online or on cable news. Fans of Musk refer to projects like PayPal, SpaceX and Tesla. His critics are quick to remind everyone of his “pedo guy” comment, his tweet regarding taking Tesla private and one critic even decrying his startup, Neuralink, as “suicide.”

I contend, though, Musk has some problems, just like any other human being, but his sometimes unpredictable behavior is hardly grounds for dismissal of his apparent genius.

Elon Musk is someone who is always looking to the future. Never satisfied with the current state of any of the technologies he helps to develop, Musk is known for demanding his employees work long, tiresome hours and for leading by example.

Over the course of the past ten years, Elon Musk has created OpenAI, which seeks to develop human-compatible artificial intelligence; founded Neuralink, which seeks to merge the minds of man and machine; revolutionized the electric car at the helm of Tesla Motors and founded SpaceX in the hopes of putting humans on Mars.

Out of all of Musk’s companies and inventions, I believe Tesla is certainly the most important. Climate change is by far the most devastating and potentially life-altering issue that is currently faced by humankind, and Tesla is one of the only major companies looking to completely eliminate our use of fossil fuels, and it has certainly been the most successful so far.

Tesla took the electric car, something that for decades had been a cute novelty only true tree-huggers were willing to suffer through driving on a daily basis — which very few companies were willing to manufacture — and made it sexy. For years, successful youngsters marked their status with things like a big house and a Mercedes-Benz in the driveway, but nowadays, everyone just wants to be seen in a Tesla.

Musk is behind the creation of the most successful electric car of all time, the Tesla Model 3. This is a huge step toward reducing the overall carbon footprint of the human species. A plurality of our greenhouse emissions comes from transportation (29%) and another 28% comes from electricity generation. Musk and Tesla are also trying to address the latter with the introduction of solar panels and the Tesla Powerwall. While Tesla vehicles have to be charged with energy generated from fossil fuels, this still produces far fewer carbon emissions than using an internal combustion engine.

For all his genius, quirks and meme-able behavior, Musk is someone we should revere for his boldness and his willingness to change the game. With as much time people these days spend being nostalgic and looking backward to a time when they believe things were better, I believe all will be well-served in adopting a more Musk-like worldview.

If we are going to solve the greatest challenges of our time, we are going to have to look forward. This is exactly what Elon Musk so often does better than anyone, and it is why he is, without a doubt, my 2010s person of the decade.