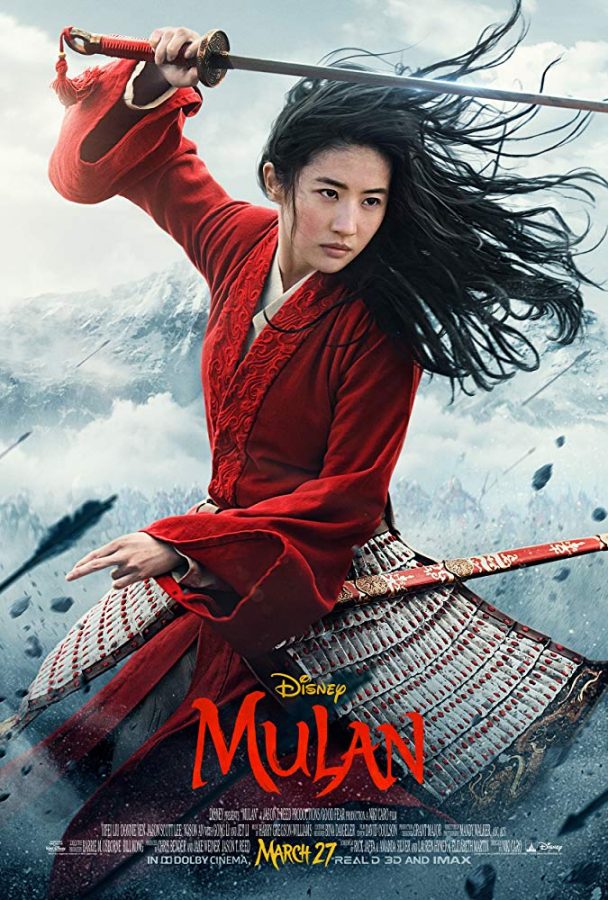 Of the many iconic Disney princesses that’ve been introduced to the American public, Mulan stands as one of the more courageous and heroic characters created in the franchise.  A lesser-known fact of the 1998 classic is the story was based on the fabled Chinese warrior Hua Mulan from the poem “Ballad of Mulan.”

In the movie, as the only child with an aging father, Mulan goes against both tradition and law when she disguises herself as a man in order to serve in the Chinese army and protect her injured father from fighting in the war.

Fans of the original animated version remember the film for its big musical numbers and Eddie Murphy’s cleverly-voiced Mushu, the dragon. While this film hits a nostalgic spot in many people’s hearts, it’s important to understand the decision of “Mulan” 2020 to portray a more authentic remake of the actual cultural history behind the story.

For those who haven’t seen the trailers for the live-action remake, there is a stark contrast between the light-hearted musical released in 1998 and the serious theme-driven retelling of a legendary Chinese tale to be released in 2020.

“Mulan” 2020 is categorized as a drama/historical period film, setting the tone for what will be an action-packed movie filled with epic battles, intense choreography and authentic storytelling. While this means features of the animated movie will be cut out of this version, the film will introduce audiences to a fresh retelling of a classic tale.

The director’s decision to create a more realistic version honoring the original backstory and character in the poem is commendable and worthy of attention. Instead of detracting from the messages of the film with talking animals and musical numbers, the director is staying true to the integrity of the story.

At its core, “Mulan” is a woman’s journey of defending her family’s honor while simultaneously breaking gender norms and fighting for her country. A story like that deserves to be represented authentically and separates this film from a long list of live-action movies that Disney has seemingly mass produced in the past year, including “Aladdin” and “The Lion King.”

While it may not seem like it based on the animated film, “Mulan” is an intense war story, and it seems like the live-action recognizes the importance of showing the battle scenes in which Mulan’s true bravery and fighting skills shine through. It wouldn’t make sense for characters to burst into song in the middle of a battlefield, and luckily the live action will forego musical numbers.

Mulan has always been a unique and different kind of Disney princess, embodying traits of independence and strength that were rarely used to characterize women in the late 1990s. Today, there is a brand new generation of young girls with traits just like Mulan, and seeing authentic female empowerment portrayed on screen is just as important now as it was then.