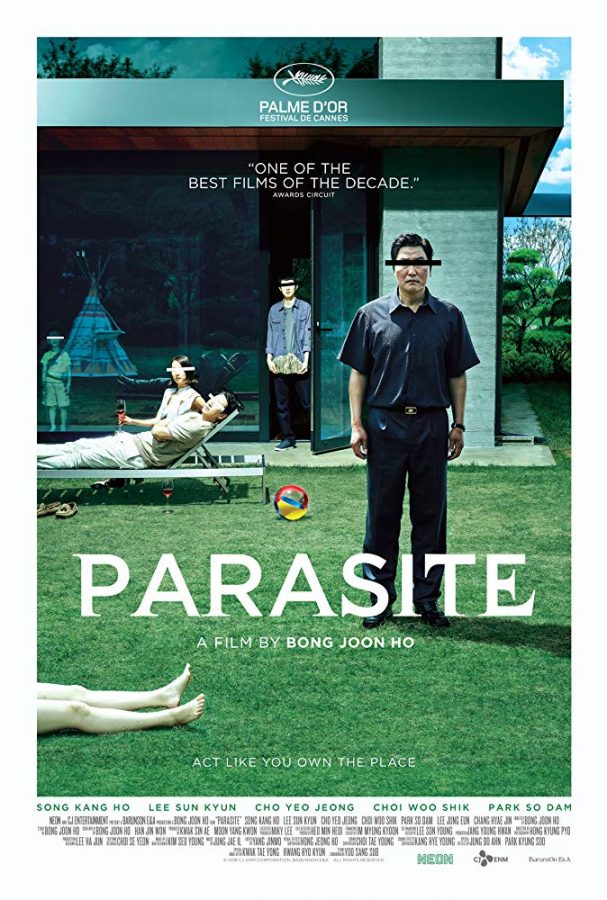 The movie poster for Parasite (2019). Parasite won best picture at the Oscars.

“Once you overcome the one-inch-tall barrier of subtitles,” South Korean filmmaker Bong Joon-ho noted at the Golden Globes last month, “you will be introduced to so many more amazing films.”

As a fellow columnist of mine pointed out a few weeks ago, anyone who doesn’t heed Bong’s advice … well, it’s their loss.

You see, Bong has written and directed a feature called “Parasite.” If you haven’t heard of it, then I recommend you connect to the Internet. The movie tells the story of a poor family that crosses paths with a much richer one.

In some ways, it is a film about deception. Characters fool one another, and likewise, the movie fools the audience with its labyrinthian plot. In both cases, “Parasite” surprises and moves us in ways that few films have.

“Parasite” has been considered for six Academy Awards. It should have won all of them, and this is coming from somebody who really liked a handful of the other nominees. In a perfect world, the much-deserving actors in this film would’ve gotten some nods. Still, it’s good that voters rightfully recognized “Parasite” as one of the most original pictures of the decade and anticipate the mark it will surely leave on films to come.

Is Sam Mendes’ war epic a bad movie? Far from it. This is a well-made film.

This awards season, however, has been kinder to “1917” than I would have been. Having received best picture titles from the Hollywood Foreign Press, the British Academy of Film and the Producers Guild of America, the movie seemed poised to take charge of the Dolby Theater last Sunday.

The film ended up taking home the best picture award likely because of its craft rather than its art. Through jumping, running, ducking and hiding, the hero pursues an urgent but simple goal. Mendes and co-writer Krysty Wilson-Cairns aim to hold our attention for two hours, not a lifetime.

The difference between “1917” and “Parasite” is the difference between an alright movie and a great one. The war genre is one that has traditionally been blessed with Oscar prospects (“Saving Private Ryan,” “Dunkirk”). A win for “1917” would have been a victory for the past.

Compare this with “Parasite,” a film that has its cake and eats it, too. It is a technical masterwork; seemingly trivial moments in the story, such as when a person ascends a staircase, are showered with lighting, detail and attention to space.

It’s got a lot more than bells and whistles, though. It’s unpredictable. It’s entertaining and fun. It’s frightening. And above all, it is new.

Tommy is a senior in Engineering.