Opinion | It’s high time for Centrist Democrats to speak up 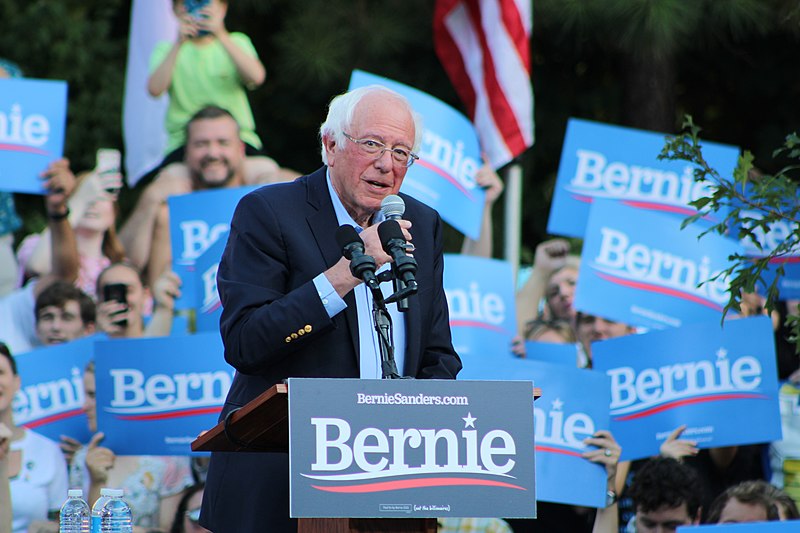 At Friday’s Democratic debate in New Hampshire, the leading candidates were asked if they had a problem with a socialist being the leader of their party. All eyes in the room fell on socialist senator Bernie Sanders, who sensed they were talking about him. Yet only one hand went up to the question. Senator Amy Klobuchar, standing by her centrist platform, denounced socialism and its prospects of bringing about positive change.

Why did no other hands go up? Aren’t Joe Biden and Pete Buttigieg running as moderates? Even Elizabeth Warren, whose policy views are nearly in line with Sanders, routinely calls herself a capitalist. What makes them all queasy about outwardly rejecting an economic system that’s horrendously unpopular with Americans?

The answer lies within the Democratic party’s best hope to beat President Trump in November: voter turnout. The party needs every Democrat on its rolls to show up on election day, or they don’t stand a chance against President Trump’s invigorated base. This leaves the centrist democratic candidates in an awkward position.

On the one hand, they need to hover near the center to win over the country’s undecided voters. On the other, the fringe wing of the party, in their rebellious nature, might not show up for a moderate. Hillary Clinton found that out the hard way four years ago when enough Sanders supporters stayed home for the general election.

Centrist democrats can learn a lot from her mistakes. For example, they should not dance around semantics as Clinton did four years ago by using the term “pragmatic progressive.” What’s a pragmatic progressive? That’s a contradiction if I’ve ever heard one. You might as well say jumbo shrimp or plastic silverware.

Instead, the moderates should abandon wordplay and be honest with Americans by making the case that capitalism has great potential to lift people up if done properly and ethically.

There’s no harm in defending a moderate platform. Expanding private healthcare is a more marketable pitch than burning the system to the ground and spending twice the federal budget on Medicare-for-all in the process. Therefore, the centrists need to sound off. If they stand up to socialism and isolate Sanders in the corner, they will re-earn the trust of many once-Democrats who fled the party in response to its hard-left swing.

The latest polls from New Hampshire, the next state to hold a Democratic primary, are a flip flop of where standings were a few months ago. Sanders has shot up to first place and Joe Biden is in free fall. Sanders has a booming on-the-ground movement, while Joe Biden’s lackluster campaign is one primary away from crashing and burning.

There’s urgency in the air for moderates and time is running out. If they don’t band together now to speak up about the unaffordable cost of handing the country over to revolutionaries, they may never get the chance.

Mark is a junior in ACES.