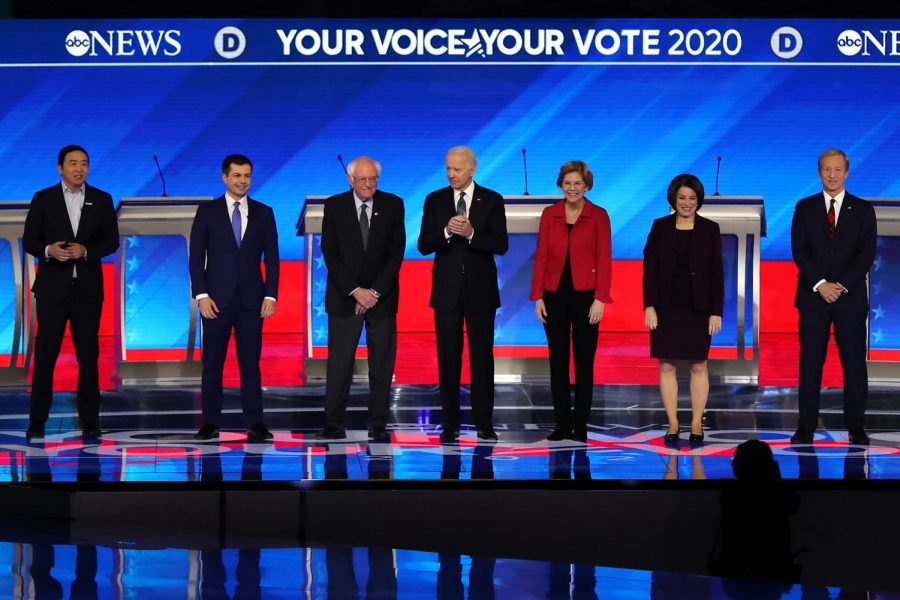 Presidential election season is upon us once again, and with it comes the inevitable debates, discussions, primaries, caucuses and polls, all of which broadcast on national television for our entertainment.

And it is just that: entertainment. But this begs the question, should it be? Late media critic and social theorist Neil Postman posed the following conundrum in his 1985 book, “Entertaining Ourselves to Death” Is television an appropriate means for political discourse? As we increasingly visualize and commodify political events, they become more of a spectacle and less of an exchange of ideas. In the years since Postman’s hypothesis, and in the years since his death, he has been vindicated in this belief.

A key component of Postman’s theory was Aldous Huxley’s idea of a dystopia, where pleasure rules us, was in fact accurate. The state’s ability to dilute politics which we, at least ostensibly, have control over and has control over us into a mere game in which the red team fights the blue team, has made politics into a spectacle and form of entertainment.

The Democratic Party’s approach to choosing a presidential candidate is reflective of this. Rather than finding a candidate that is well-liked and therefore likely to win, they wish to find a candidate they believe will win and force the people to like them. This inductive way of thinking only hurts them in the long run and disenfranchises voters. The inductive method—starting with a goal and forcing the situation to fit it—is terrible for democracy and echoes many deeply seeded issues that have been manifesting for years now, most notably the oligarchical and ineffective nature of the Democratic Party.

Our hedonistic desire for entertainment has led us to mutilate political discourse into a spectacle of its own. This discourse is the lynchpin of the democratic process and should be held to a higher standard than that of cheap “politertainment.” But as long as our desire for something to gawk at supersedes our desire to be aware of the situation controlling us, Postman will continue to be proven right.

Of course, many things are holding back political discourse, not simply the people viewing it. In fact, consumers are likely one of the least culpable groups for this phenomenon. In reality, mass media companies, such as Fox, CNN, MSNBC, etc., are encouraging this to sell prime ad space and gain more attention. A simple platform public service announcement that clearly and concisely gives each candidate’s stance on different issues would be far more practical, though far less entertaining and, therefore, less profitable.

The other force pushing against this is politicians themselves. There is no easier policy to sell than none at all, as long as your population is relatively complacent within their material conditions. For this reason, politicians will happily be hucksters, showmen and jesters for our amusement. Insofar as platforms are concerned, a circus stage has much less pressure than a political podium. As long as we’re too busy being amused and enraptured to ask what they really intend to do, politicians will keep us laughing all the way to the(ir) bank.

Politics are a crucial part of life, and there is absolutely no reason to abstain from them. But to consume “political” material designed to defang, sedate and distract you is not much different from avoiding politics altogether. Politics can be scary, politics can be uncomfortable and politics will be divisive. There is a political element to every facet of life, and one cannot stick their head in the proverbial sand and expect anything positive to occur. The white noise of political entertainment must be drowned out for the cause of political awakening.

There’s no reason not to look up the candidates’ real stances on each individual issue. Plenty of sites, including OnTheIssues.org, offer comprehensive looks at every candidate’s stances and how they’ve changed. Politics can be entertaining, but, above all, it should be informative.

So remember next time you tune in to a “political” program where more riffs and jokes are being made than policy proposals, the last laugh is really on us.