Opinion | Buttigieg is right about Christianity on the left 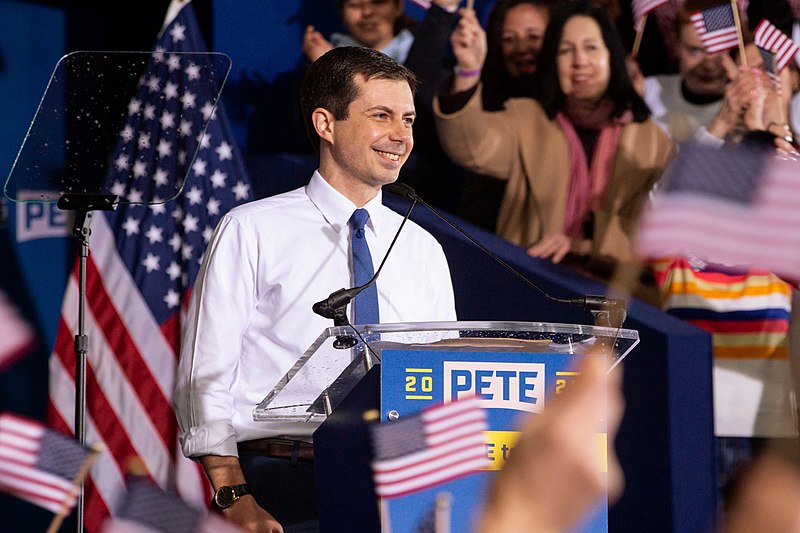 Pete Buttigieg announces his candidacy for the 2020 Democratic nomination for the presidency.

Presidential candidate and former mayor of South Bend, Ind., Pete Buttigieg is a rising star in the Democratic Party. He has emerged from national irrelevance to become a top performer in the Iowa and New Hampshire primaries. Buttigieg boasts an impressive background as a Harvard graduate, Rhodes Scholar, ex-McKinsey consultant, U.S. Navy veteran, mayor and presidential candidate all by the age of 38. He speaks eight languages and is a concert-level pianist.

Buttigieg is an impressive man with an interesting take on religion. He is both gay and Christian. His rhetoric challenges many traditional preconceptions about religion and politics. He believes the Republican Party should not have a monopoly on faith-based voters. He speaks candidly about his faith on the campaign trail and he believes LGBTQ rights are not contradictory to Christian doctrine.

As a Christian and a democrat, I disagree with some of his theology, but he is certainly right about one thing: there ought to be an emergence of a religious left in the United States.

How can Buttigieg be correct when his ideology seems to contradict the narrative that the religious right has had about things like LGBTQ rights and abortion? For a Christian to join a party that has taken a hardline pro-choice/pro-LGBTQ stance, they would have to do one of two things. They could shape their theology in such a way where neither abortion nor LGBTQ issues run morally afoul of the Bible. Alternatively, they could choose to believe the importance of other issues outweigh their disagreement with those two religious concerns.

Buttigieg has done the former. He is an Episcopalian who came out as gay during his second campaign for mayor. His denomination has been part of a wider movement of churches that have changed their stance on sexual orientation to be more inclusive. This movement is even reflected on the Illinois campus. Gaychurch.org has a directory that lists churches that recognize same-sex marriage.

There are many Christians who I invite to choose the latter route. Those who cannot reconcile their biblical interpretations with some issues championed by the Democratic Party can consider their stance on other issues. People who do this are more likely to be Christians who adhere to an evangelical tradition. These Christians disagree with same-sex marriage, but support the concerns of groups like #QueersAgainstPete who rightly state “LGBTQIA people are directly and disproportionately impacted by police violence, incarceration, unaffordable healthcare, homelessness, deportation and economic inequality among other things.”

While some Christians will not be able to unite behind the Democratic Party’s stance on abortion, they can rally with them in providing robust and affordable child care services, paid family leave, support services for single mothers and much more.

Buttigieg is correct in stating the right does not have a monopoly on Christianity. Non-religious activists have picked up the slack on the left in caring for the poor, refugees and children. Jesus commanded that Christians be diligent in caring for the less fortunate. I hope that other Christians will join Buttigieg on the left despite their stance on the “traditional” religious policy concerns.