Opinion | ‘Jesus is King’ is Kanye West’s most important work 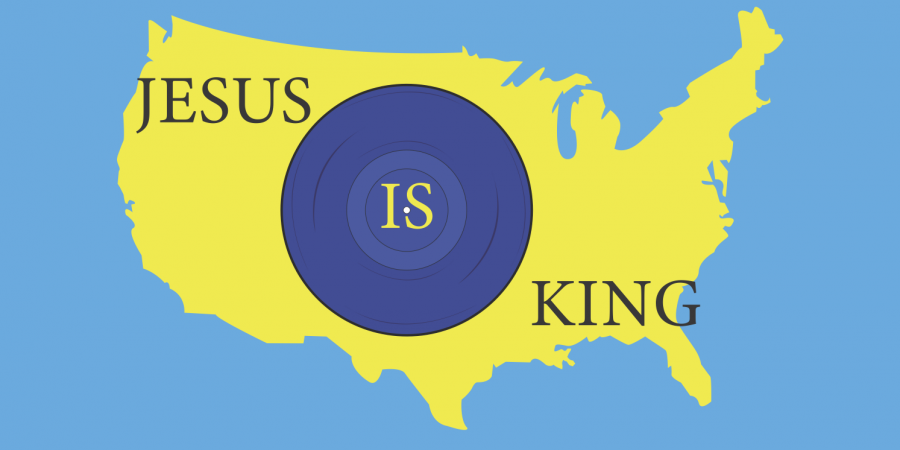 Recently in Chicago, I was fortunate enough to attend Kanye West’s Sunday Service. I can report it was one of the most genuinely positive and enjoyable things I’ve ever attended.

West’s public conversion to Christianity has produced the most important work of his career. His album “Jesus is King” and the accompanying Sunday Service events are essential in an American culture struggling with increasing secularism and isolation.

Christianity is dwindling in America. According to surveys from Pew Research Center, Americans self-identifying as Christians have dropped “12 percentage points over the past decade” to 65%. Simultaneously, the religiously-unaffiliated share “now stands at 26%, up from 17% in 2009.”

Historically, Americans have embraced religion as not only a set of beliefs but as part of a larger social fabric. Communities blossomed around religious institutions, people felt a connection with their neighbors and there was a shared sense of moral purpose.

Naturally, the rising tide of secularism has had its consequences. A national survey by Cigna revealed 43% of Americans feel their relationships are not meaningful, just 53% have daily meaningful in-person social interactions and “Generation Z is the loneliest generation and claims to be in worse health than older generations.”

To further the point, the General Social Survey found a 50% increase in Americans feeling “not too happy” over the last 30 years. The tearing of the social fabric has clear negative consequences on society. When people lack connection and a sense of purpose, they struggle.

This is to say faith greatly deepens that sense of purpose. I fear the void left by religion has been filled with a pseudo-religious devotion to politics. This may explain widespread rising tensions and polarization in the country in recent years.

West fell victim to the secular culture dominating America during his ascension to superstar-dom. More recently in his career, he has struggled with severe bipolar disorder. Fans patiently awaited an upcoming album titled “Yandhi.”

Then, seemingly out of the blue he released “Jesus is King” and announced “Yandhi” had been canceled. Fans were stunned when West announced he is “no longer making secular music. Only Gospel from here on out.”

“Jesus is King” has certainly divided his fans. It’s an incredible departure from what made him popular in the first place. West’s 2013 album “Yeezus” features a track titled “I am a God.” The contrast of that to “Jesus is King” cannot be overstated.

At the Sunday Service in Chicago, Kanye’s Choir took the stage and began to sing beautifully in praise of Christ. Worship was the center of attention at the event, not West. He was just one member of the choir.

It was only about halfway through the event that he finally made himself apparent and sang tracks off his recent album as well as new Christian remixes of his older discography.

At the end of the event, West began an impromptu speech. He talked about how a year ago people told him “the kids don’t wanna listen to you talk about Jesus. You know how many kids that’s the only album that play in their house? I ain’t afraid no more.”

He continued, “I’m not here to perform for y’all. I don’t do performances. I’m only here to tell you what saved my life and brought my mind back. To God be the glory.”

In an age of materialism, hyper-celebration of sex and growing secularism, West proudly embraces Jesus as the one who saved his life.

He has successfully used Sunday Service and his gospel-rap crossover album to spread a message to his fans and to the world at large. That message is how he found purpose and healing in God despite his bipolar disorder, despite struggling with the death of his mother and despite knowing the risk he was taking.

This is why “Jesus is King” is such an important piece of work. It contains the most substantive content West has ever released, and its messages are desperately needed by the public. If his music can help just one person find greater meaning in their life, it will all have been worth it.

Americans need to find their way again unless they wish to continue down this dark path. The Sunday Service gives me hope that this next generation will.