Opinion | Where does Joe Biden go from here? 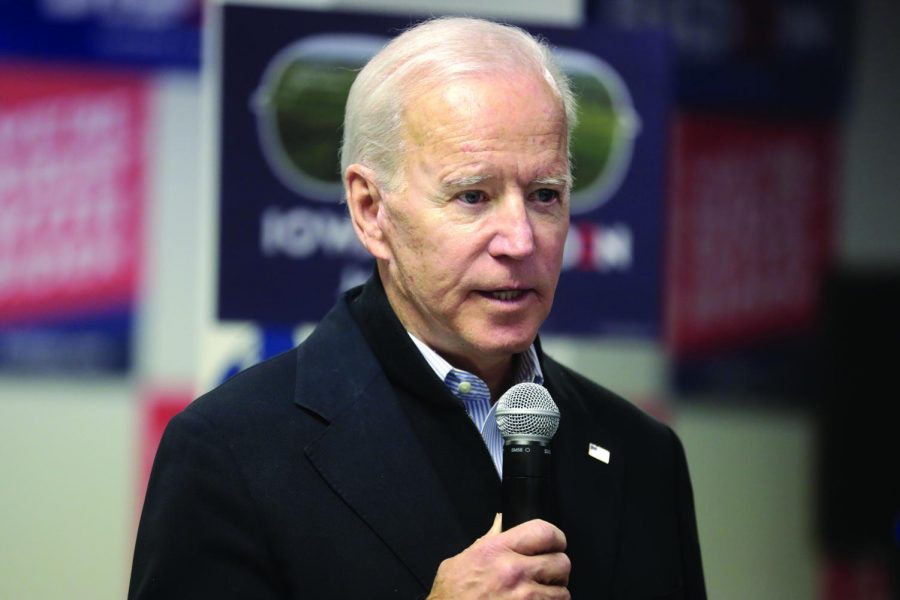 Bernie Sanders scored his second consecutive primary victory in New Hampshire on Feb. 11. (For purposes of transparency, I was part of the 2016 New Hampshire campaign.) As Sanders positions himself as the Democratic Party’s frontrunner, there was one other noticeable observation: Joe Biden’s performance.

What came as a surprise to many was the former vice president placing fifth, coming behind Elizabeth Warren, Amy Klobuchar, who experienced a post-debate bump heading into the evening, and Pete Buttigieg. After a similar showing in Iowa last week where Biden placed fourth behind Warren, I am now skeptical if this is the candidate who can defeat Donald Trump this November.

Since entering the race, we have been bombarded with discussions on “electability.” Biden has been careful in his approach to this topic, associating himself with Barack Obama’s legacy while touting his pre-White House years as Delaware’s long-term senator who worked with senate Republicans on an array of issues, showing his ability to cooperate with others he disagrees with.

So far, that strategy is proving ineffective, as his only hope of staying in the race is to cash in on South Carolina, whose primary is scheduled for Feb. 29 and where a significant portion of the voting bloc are African American. As of Feb. 12, things are looking promising in the state, where, according to Kirk Brown and Genna Contino of the Greenville News, nearly 40% of black voters support the former vice president. For all intents and purposes, Biden could very well win South Carolina in a matter of weeks, run the table toward the convention and walk out of Milwaukee as the nominee.

A possible roadblock for his return to the White House is his performance in areas where many expected him to perform well: predominantly white working-class environments.

As I watched Biden decry media pundits for bringing the health of his campaign into question, I was reminded of two things: First, he has a point about the health of his campaign. Students of political history should know slow and steady can win the race. Bill Clinton did not have an impressive start during the 1992 primary calendar, mostly due to issues surrounding extramarital affairs, yet he would become the Democratic Party’s nominee and eventual president.

However, not everyone can overcome their political demons. This leads me to my second point: What we’re seeing from the Biden campaign could be as simple as false hope.

If the former vice president believes he can lean on the shoulders of non-white voters to victory, let me point to failed Democratic nominee Hillary Clinton. Throughout her contentious primary battle against Bernie Sanders, she lost New Hampshire, Michigan, Wisconsin, Indiana, West Virginia and essentially secured a tie with the Vermont senator in Iowa. With the exception of New Hampshire, where Clinton won by less than 1%, she would lose these states against Donald Trump in the general election. The message here is obvious: Any candidate seeking to become president must be able to capture the support of the white working class.

In 2008, with the exception of West Virginia, President Obama won these very same states to become the nation’s first African American president. He understood building a diverse and broad coalition would garner the best chance of electoral success, instead of relying on pre-existing coastal support to promise victory. Donald Trump became president because, like Obama, he was able to translate a message that resonated with their realities, fears and concerns.

This is what surprises me about Biden’s performance so far. His campaign in recent weeks became resigned to the fact he would not perform well in these states, a clear sign of trouble. If he is only able to muster lackluster performances in these early states, how does that bode for him when the primary calendar arrives at the aforementioned states? How can someone who had a front row seat and was instrumental in helping then-Senator Obama connect with these voters show difficulty in attracting their support?

Yes, it is still early in the primary season, and we have months to go until we name a definitive nominee. Notwithstanding, Biden must be able to find out what exactly is causing him issues in a demographic many expected he would carry with little challenges. If not, we may very well see a repeat of 2016.

Dennis is a junior in LAS.

Leave a Comment
WEEKLY POLL
Are you registered to vote?