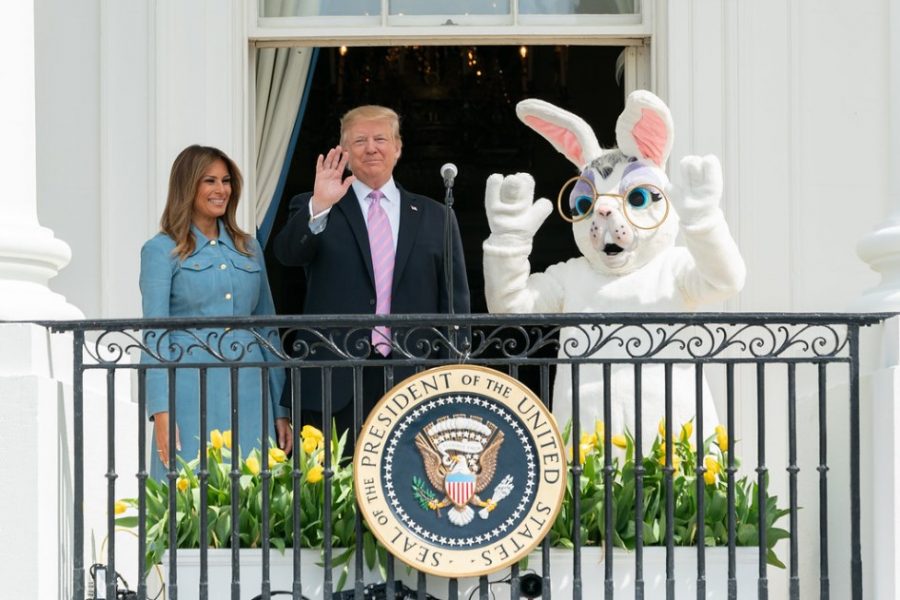 It seems that the coronavirus is the only topic that anyone is capable of talking about these days. This can often feel very overwhelming and can cause undue anxiety. I was going to write about something else to try and take my mind off of all the bad news, but then the president went and opened his mouth.

On March 24, at a press conference in the Rose Garden, President Trump remarked that he would like to have the country open in just over two weeks, saying, “I would love to have the country opened up and just raring to go by Easter.”  When asked why he chose Easter Sunday as the day for opening everything up again, Trump said, “I thought it was a beautiful time. A beautiful timeline.”

How reassuring that justification is.

Doctor Anthony Fauci, director of the National Institute of Allergy and Infectious Diseases and member of the White House coronavirus task force, later had to correct the President’s statement. Fauci cautioned, “we just had a conversation with the President in the Oval Office. You can look at a date but you gotta be very flexible… Obviously, no one is going to want to tone down things when you see things going on like in NYC.”

Fauci’s comments are very different from what Trump had to say — shockingly. And I don’t know about you, but I’m going with the licensed epidemiologist on this one.

No one should be surprised by what Trump is saying here, but everyone should be appalled. Many people are not even adhering to the social distancing measures that were just implemented over that past week or so, and the number of COVID-19 cases continues to rise by the thousands every day. The idea that the president of the United States is talking about opening things up in just a few weeks amid our current situation is just completely idiotic and abysmally irresponsible.

Unsurprisingly, Trump has tirelessly minimized the severity of this crisis from its very conception. He commented on Feb. 27th, “…you have 15 people, and the 15 within a couple of days is going to be down to close to zero, that’s a pretty good job we’ve done.” Additionally, he made those comments even in the face of dire warnings from both the intelligence community and the CDC about the potential severity of this pandemic.

Why is Trump trying so hard to downplay the situation at every turn? That’s simple — Trump knows his only potential path to re-election is a solid economy, and he doesn’t believe that will be possible if the social distancing measures that we have implemented last longer than a few weeks. What Trump fails to understand here — again, shocking, I know — is that the negative economic consequences of this pandemic will likely be far worse if social distancing measures aren’t left in place until experts say they can be lifted.

The reason social distancing measures have been put in place all across the country — like the “stay at home” order executed in Illinois and in other states — is to try and “flatten the curve.” This is essentially an effort to try and stretch the number of coronavirus patients that require hospitalization over a long period of time so the United States healthcare system doesn’t become overwhelmed and collapse, like what’s currently happening in Italy.

Whether or not most people in this country are already adhering to the social distancing measures that have been recommended — many are not — is beyond the point. Many people in the U.S. are just beginning to understand the potential damage the coronavirus will likely do in the coming months, and comments like these from the president move us backward, not forward, on combating the spread.

The word of the president of the United States matters. Trump needs to be honest about the threat regardless of how he feels it will affect his political future. Saying that we’ll be open by Easter is dangerous and will lead people into a false sense of security, which will cause people to start ignoring critical public health guidelines.

So, I say to President Trump: This virus is not going away any time soon. The crisis is likely only at its beginning. Your foolish words have the power to get people sick or killed. And the United States will absolutely not be open by Easter.

Clint is a Junior in LAS.
[email protected]