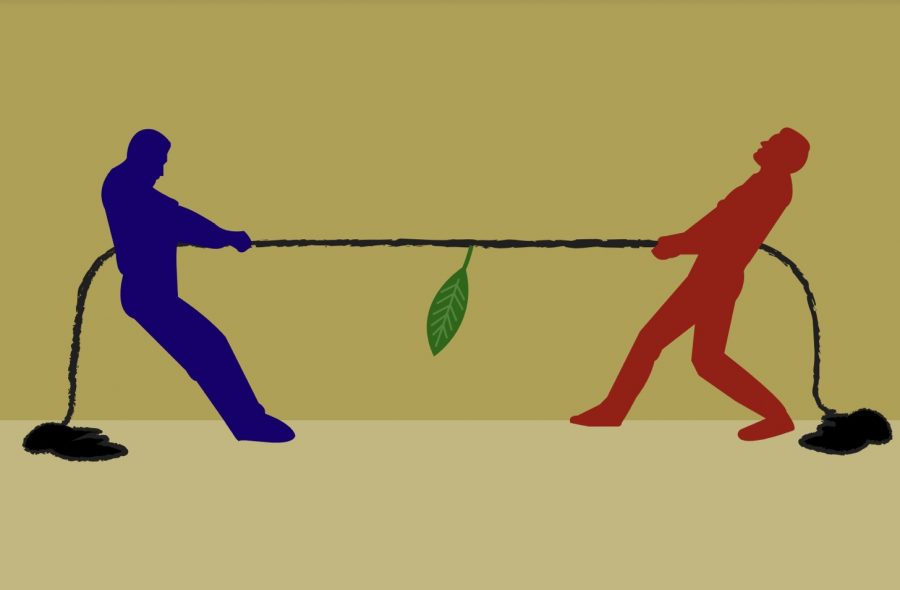 There’s a myth in American politics that the Democratic party stands alone in the fight against climate change and that Republicans are either climate change deniers or indifferent. This myth is dishonest. Conservatism is compatible with environmentalism through a different approach than its liberal counterpart.

The issue certainly holds a lesser sense of urgency among the right. Recent data from Pew Research Center shows 78% of Democrats believe climate change should be a top priority compared to 21% of Republicans. This discrepancy might be explained by a difference in approach rather than apathy.

In National Review, Representative Dan Crenshaw — a Republican from Texas — recently identified a motif among liberals: Identify a problem most can agree on, elevate it to a crisis, propose an extreme solution that results in massive transfer of power to the government, watch the right reject the solution and accuse them of being heartless and not wanting to solve the problem.

Unfortunately, this pattern has held water for the issue of climate change. Radical and extreme solutions, such as the Green New Deal, have received widespread support among liberals who then morally posture when others dismiss the plan.

Democratic frontrunner Joe Biden’s website advocates that “the Green New Deal is a crucial framework for meeting the climate challenges we face.” Similarly, the dwindling Sanders campaign endorses the plan to “end the greed of the fossil fuel industry and hold them accountable.”

A plan like the Green New Deal that includes solutions such as “upgrading all existing buildings in the United States,” a federal jobs guarantee, adopting mass rail transit, strengthening union protections, universal health care and “access to nature” is not only unrealistic but completely alien to the problem at hand.

Republicans will not ever support such progressive measures under the guise of environmentalism. Until heavyweight Democrats support serious and less dramatic measures, the issue appears to be at a stalemate.

The conservative concern around these radical plans partially lies in the economic problems. Clean energy sources are less efficient and expensive. Immediate widespread adoption would sharply increase the cost of products in all industries, leading to diminishing standards of living and industries moving jobs overseas to less regulated nations.

Therefore, a conservative approach advocates for a more gradual ease into clean energy through the use of natural gas reserves and other energy sources with less emissions than traditional coal or oil. This certainly isn’t the immediately fossil-free utopia liberals may want, but it’s a start.

Recently, new groups like the American Conservative Coalition have emerged with “market based environmental action” to pursue conservation and economic growth.

In Forbes, Wal van Lierop explored the exponential growth in the electric vehicle industry. He argued “electric vehicles could become less expensive than their combustion-engine equivalents in just three to five years.”

Optimism and faith in innovation lie at the core of the earlier poll illustrating lack of urgency among Republicans. The rise of the electric car and other forms of more environmentally-conscious technology demonstrate the quick advancements that can occur independently of government programs.

International treaties such as the Paris Agreement have failed to spark such innovation. President Trump was right in withdrawing from the agreement. The agreement’s limits on carbon emissions would severely damage the U.S. economy disproportionately, with little reduction in climate change due to a lack of uniform standards and enforcement.

If international treaties are to be pursued, there needs to be realistic, enforceable goals that consider economic impacts, use transitory energy sources and maintain fair economic conditions to counter carbon leakage. A full embrace of socialism isn’t a serious solution to these challenges.

The environment is important. Climate change is real. But America must recognize there exists serious debate surrounding the scale of its effects and the proper remedy.

Conservatives can pursue meaningful progress through incrementalism paired with technological advancements. Conservatism is conducive to environmental protection. Democrats would be wise to seize Republican willingness to work on this issue from a more moderate position if it truly is such an important issue.