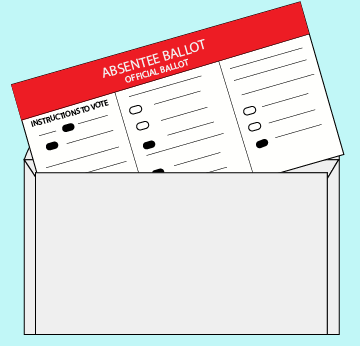 By The Daily Illini Editorial Board
April 16, 2020

The COVID-19 pandemic, among all other issues it has produced, raised the question to state governments around the country: “How will we hold our primaries?” Many states postponed their primary elections. The Democratic National Committee moved its convention to August. Some states have maintained the same primary date but now require all votes be mailed in.

In Wisconsin, a swing state so crucial some experts contend it may decide the November election, the stakes are much higher. Democratic lawyer John Devaney advocated for a compromise: extend the deadline for mail-in ballots. When his bargain was promptly rejected, the onus was on the courts to mediate this dispute.

Even after “Bush v. Gore,” now regarded as poor reasoning by the Supreme Court as well as judicial overreach, the court was still eager to undertake a case with high stakes and a sense of urgency wherein it would have to interpret and dictate election procedures. Hastily accepted and adjudicated, a partisan decision by SCOTUS struck a deafening blow to those holding out hope for a safe Wisconsin primary.

When the dust settled after the state’s primary, health officials would shoulder the burden of having to trace the virus’ spread through in-person voting. Voters had put themselves at risk in order to fulfill their civic duty. As mail-in ballots accumulated, waiting to be counted, it was clear that because of the court’s opinion, thousands of voters would be disenfranchised. Surely, that had to be politically advantageous to someone.

Wisconsin has a history of bitter partisanship. Voter ID laws, lame-duck power grabs and accusations of gerrymandering depict the state as a war zone, ripe with political injustice. Naturally, when Wisconsin Democrats accused Republicans of voter suppression by forcing the narrow validity of mail-in ballots, few were surprised.

Regardless of partisan mudslinging or political victories, the disastrous Wisconsin primary reveals what might happen if mail-in voting is discredited and tightened during this pandemic and this election cycle: millions will be disenfranchised and Americans will die.

Following backlash from the Wisconsin primary, President Donald Trump passionately protested the expansion of alternatives to in-person voting and defended voter ID laws that have traditionally been implicated in voter suppression schemes.

The president has repeatedly claimed that mail-in voting generated “tremendous potential for fraud,” and although it is certainly less difficult to commit voter fraud through the mail than in person, experts agree voter fraud, in any instance, is a rare phenomenon. Despite higher risks of fraudulent voting, the risk certainly is not big enough to offset the millions of voters who would be disenfranchised or the millions of voters at risk of contracting or spreading COVID-19 from an in-person voting directive.

Countless groups, including those not particularly focused on voting rights, such as the Sierra Club or the pro-choice movement, have rallied behind mail-in voting for the sake of public health. However, these groups have been matched by conservative opposition who continue to justify their skepticism by allegations of voter fraud.

The fight for amplified mail-in voting capabilities is likely to last until the ballot box in November, but states have already taken action to expand mail-in voting competence for 2020. These states do not fall on partisan lines, with red states like Utah, Alaska and Wyoming embracing primaries with entirely mail-in voting.

One must remember that voting is an inalienable right to democracy whose very function rests on the unimpeded ability to vote. It is not the people’s responsibility to make their method of voting convenient for the government, but instead the obligation of the government to provide an unobstructed path to vote for every citizen.

In any normal election season, this would mean the eradication of potential voting obstacles in order to make the process as seamless and inclusive as possible. But during an election season in the midst of a pandemic, the inability to accommodate voters is disgraceful.

Voters being forced to risk their health and vote in-person this election would be wise to remember which party put them there this November.