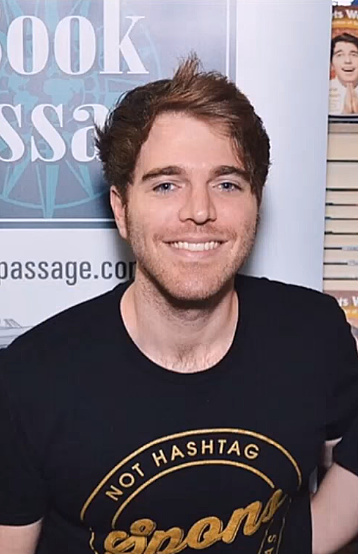 Shane Dawson poses for a photo during his It Gets Worse Book Tour on July 29, 2016 in San Francisco, CA.

Shane Dawson is a well-known YouTuber who has recently started to deep-dive into some interesting conspiracy theories. He has released four of these in-depth explorations, each one thoroughly researched and laid out.

The conspiracy theories that Dawson investigates range in a variety of topics, providing useful information for all kinds of people with different interests. The way that he presents each conspiracy theory is not only informative but also engaging and intriguing. I would have never thought about some of these interesting connections that now have me questioning the world.

One of Dawson’s most popular conspiracy theories is that of Chuck E. Cheese’s recycled pizza. There is a theory that the franchise recycles the leftover pizza from one party to combine with another party’s leftovers to make a whole “new” pizza for a new party.

The reasoning behind this theory includes photographic “evidence” in which the cut of the pizza doesn’t line up with each half. Pepperoni pieces don’t line up with one another and the number of slices doesn’t add up.

Many people are inclined to believe this theory as there is “proof.” People everywhere were trying to get a job at Chuck E. Cheese to prove this theory true or false. Eventually, past employees stepped forward and both confirmed and denied the act of recycling pizza at their specific locations.

Chuck E. Cheese responded to the allegations, claiming they were false and that each location always prepares its pizza fresh. I believe that there could be some truth to these allegations. This franchise is not known for being squeaky clean, as they deal primarily with children who are sticky-fingered and germ-ridden.

One of the more frightening conspiracy theories Dawson analyzes is the availability and inconspicuous nature of spy cameras in today’s world. Spy cameras can be hidden in almost anything nowadays: phone chargers, clocks, tissue boxes, fake smoke alarms, screws, etc.

He demonstrates the imperceptible manner of these cameras by having his friends try to find them. Spoiler alert: they can’t find them all. Dawson speaks about how hotels and Airbnbs can have hidden cameras virtually anywhere.

This video called attention to how unsafe public places can become if a disturbed individual decides to hide these small cameras wherever they please. I had never considered the possibility of these undetectable devices invading my privacy in a place where I should feel safe and secure.

In his most recent release on April 4, Dawson discussed the baffling conspiracy theory behind Dasani water. Listed on Dasani bottles, the main four ingredients are purified water, magnesium sulfate, potassium chloride and salt.

The purified water is purified tap water, meaning you are paying more money for water you could have gotten from your tap at home. Salt is just a strange ingredient to put into a water bottle, and magnesium sulfate is a drying chemical that dries out your mouth, making you thirsty as you are trying to quench your thirst.

Formidably, potassium chloride is a chemical that is used in lethal injections to stop the heart. This begs the question, why put it in bottled water at all? Dasani is owned by Coca-Cola, and as Dawson points out, it is sold in places that have deals or sponsorships with the company, such as concerts, festivals, amusement parks, etc.

With Dasani being the only water choice available in certain areas, people would be forced to keep buying more than one, as it is their only option while making them thirstier as they drink it. I find that this is a despicable thing to do to consumers who just want to stay hydrated.

By calling attention to these different conspiracy theories, Dawson is providing the public with the information they might not have received otherwise and allowing them to make their own decisions based on this newly acquired knowledge.

After learning of these conspiracy theories, people, such as myself, are inclined to do their own research and potentially change their habits. While all of the theories he discusses are not as serious or life-altering, they are interesting things to consider and think about as we go about our daily lives.

Marykate is a sophomore in Media.