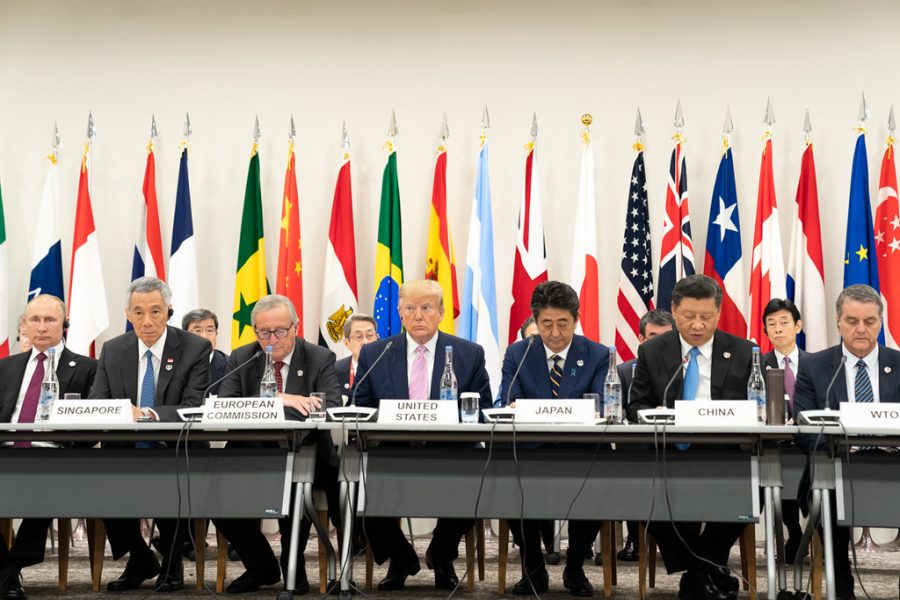 With all the uncertainty that has shrouded Donald Trump’s nearly four year tenure in the White House, it’s certainly no secret he has never been keen towards intergovernmental organizations — known as IGOs for short.

The 45th president has never been shy to bash IGOs and the nations which comprise them. He’s called the North Atlantic Treaty Organization obsolete, the World Health Organization “China centric,” and the United Nations “just a club for people to get together, talk and have a good time.” In many cases, President Trump is absolutely correct to call IGOs out for their imperfections and wrongdoings.

The World Trade Organization has been long criticized for letting China ignore global trade regulations, and the UN Security Council’s ability to govern foreign disputes is greatly flawed. The WHO is also under fire for potentially assisting China in covering up key coronavirus information.

Why, then, are all of these greatly erroneous organizations still in existence? Why have they not been completely forgone, leaving nations to manage affairs in a more straightforward, bilateral matter? The answer is simple: The world needs them.

Listening to the way President Trump speaks of IGOs makes it exponentially easier to dwell on their glaring issues rather than the reason they exist in the first place, which is to ensure peace and stability among international actors.

The function IGOs serve as stability-focused peacekeepers is absolutely essential to foreign interaction. What would happen should this claim be treated as untrue? Simply look to the Trump administration’s track record of undermining IGOs and the devastating repercussions that have ensued.

A pressing example is how the contentious trade war between the United States and China continues to rage on amid the coronavirus pandemic. The COVID-19 outbreak persistently impedes upon international trade and has left the global economy stumbling. Continuing the trade war is kicking the global economy while it’s down.

The underlying issues that already plague the global economy due to the trade war are being dramatically exacerbated by the coronavirus, forcing the economy into an unnecessarily crippled state. One may wonder why the World Trade Organization does not intervene and work to resolve the issue between the two powerful nations. The short answer is they can’t.

Because of President Trump’s dissatisfaction over the WTO’s mediation of the trade war, he and his administration have blocked numerous potential appointments to a specialized WTO panel that is vital to the settlement of global trade disputes — arguably the IGO’s most crucial function.

In gutting the WTO of their appellate body, the Trump Administration has effectively declawed the organization. Their most important role has now been rendered useless when the global economy needs it most.

Another pertinent example is how the Trump Administration pulled the U.S. out of the UNRWA — United Nations Reliefs and Works Administration — in 2017. The primary role of the administration is to provide aid to Palestinian refugees. In their withdrawal statement, the U.S. State Department cited their aversion toward the amount of the UNRWA’s budget for which the United States was responsible.

Now, there are upwards of five million refugees who are at an especially high risk of being ravaged by the coronavirus and the UNRWA no longer possesses the necessary funds to protect them.

To reiterate: IGOs are far from perfect. Nonetheless, the solution will never be to give up on them altogether — IGOs must be fixed, not abandoned. They exist for a vital purpose, and letting their faults distract from this and encourage rash decisions has been a concerning pattern in the White House over the past several years.

People must be mindful of the significant global implications of another term under President Trump. Should reelection occur, the likelihood of many crucial IGOs disappearing is worryingly high. While a pretty picture of an “America first” world free from IGOs can be painted at rallies, the prospect of this fantasy quickly loses its luster in observing its potential consequences, some of which have already been realized.