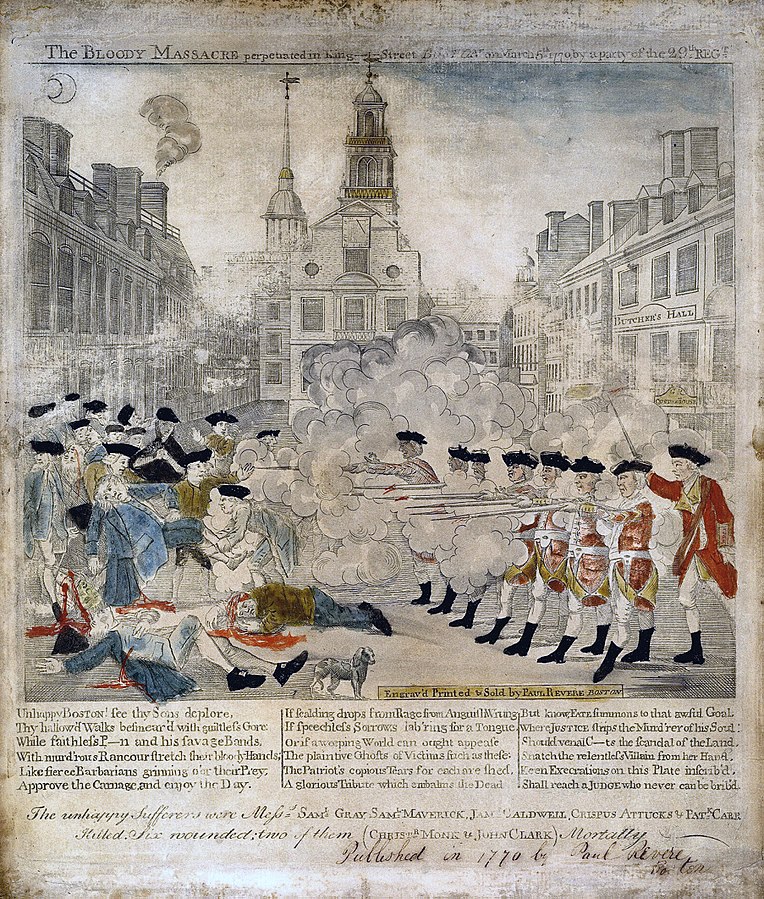 Photo Courtesy of The Library of Congress / Wikipedia

A depiction of the Boston Massacre which occurred on March 5, 1770.

Minneapolis has captured the world’s attention, putting the coronavirus on a temporary backburner.

Over the past few days, the country has seen outbreaks of violent rioting from citizens angry over the murder of George Floyd at the hands of Minneapolis Police Officer Derek Chauvin. Across the country, businesses were looted and burned down. Critics have decried looting and rioting as “unnecessary” and “opportunistic.”

I will not lie. This, for me and many African Americans, has been a painful week. Another Black face being assassinated on camera at the hands of a white police officer. Another chapter of police brutality burned into our collective psyches. George Floyd’s death evokes images of past generations where Black men, women and children were publicly lynched to onlookers and bystanders. As this man lay defenseless, crying in agony for his mother, we were immediately stricken with another image of white police officer seemingly enjoying the torture of a Black person.

We are once again met with a reminder of the value Black lives truly have in the eyes of American police. As per the course when events of such magnitude occur, armchair analysts begin making their voices heard on social media with an authority and confidence that one would assume comes with knowledge and qualifications. Such an assertion is often far from fact. The conversation that America finds itself having is the role of violence in society. Reactionaries were quick to point out that rioting and looting do nothing but cause further harm.

One would think in 2020, as adults, we would recognize the reality of the times. It can be said that for many of us we have yet to escape our naive bubbles, desperately clinging onto a fantasy that has been pushed down our throats since birth. Violence is not always a negative tactic. It can be and has been used as a tool to combat tyrannical systems of government for millennia. What is happening in Minnesota represents that struggle. For these advocates of peace forget that the founding of the country we have come to know as America, was borne in the blood of freedom fighters and revolutionaries who sought to liberate themselves from British tyranny.

The Civil War, which remains our nation’s bloodiest conflict, was another violent chapter in our nation. Both wars served a purpose. Through death and sacrifice, America was allowed to take steps forward despite the bloodshed. If not for those violent epochs, America would be a radically different nation.

This isn’t to dismiss or underscore the importance of peaceful demonstrations, either. As Martin Luther King Jr. showed during the Civil Rights Era, one can affect great social change through civil disobedience. Let us not forget, however, his words on riots. “Certain conditions continue to exist in our society, which must be condemned as vigorously as we condemn riots. But in the final analysis, a riot is the language of the unheard.” It is important to note that I have witnessed predominantly white conservatives and liberals quote MLK to discredit the violence in Minneapolis without fully examining the content of his message.

Such ignorance isn’t surprising as some white Americans lack the proper historical understanding and context of Dr. King entirely. Ignorance is truly bliss. General consensus tells us to avoid violent demonstrations and to opt for peaceful demonstrations. We, as African Americans, have been peacefully advocating for many decades and yet continue to find ourselves repeatedly victimized by systemic racism. Holding hands while singing “We shall overcome” is an admirable yet outdated approach that results in nothing.

You cannot condemn the riots in Minneapolis without condemning the conditions that created the riots. For too long, the cries of African Americans remain largely ignored, mocked and parodied. Since the beginning of Slave Patrols, African Americans have been a target of a criminal justice system eager to imprison us for any reason, some of which are and have been proven to be, illegitimate. For it has been since the first slave ships arrived a continuous trampling of our civil liberties and civil rights.

Riots do not happen gratuitously. They happen when Black men, women and children are killed in cold blood under conditions in which were we white, would likely not happen. That is the cold-blooded truth and for anyone who dares to say otherwise, I have a suspicion as to where your true motives lie. The violence we have borne witness to in my mind is nothing but a proportional response toward the violence leveled against the African American community for over three hundred years. Just weeks ago, we saw protests against stay-at-home orders mostly in states with Democratic governors.

The president himself encouraged the idea of a “revolution” where citizens would revolt against their government, because they were told to wear a mask. Now that there is an active revolt against tyranny from our law enforcement, suddenly there is a problem. With property destroyed, comes worry where prior to these acts, very rarely did people express even the slightest of concern of any disarray in urban communities.

Clearly, we see the double standard applied in situations where white Americans predominantly feel affected. To them, yelling obscenities, making threatening gestures, all while walking down the street or in a statehouse while heavily armed is acceptable. African Americans revolting against a racist, violent and corrupt system is somehow unforgivable. Someone show me where the problem is here.