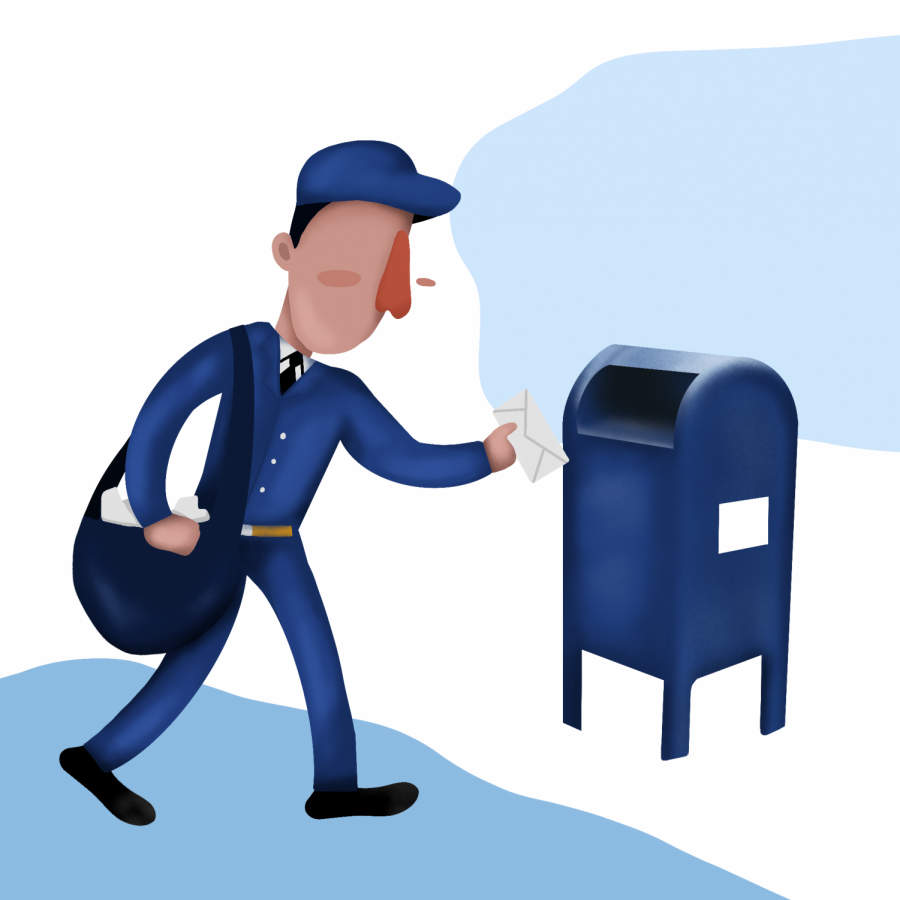 By The Daily Illini Editorial Board
August 27, 2020

In the era in which nothing is safe from politicization, even receiving mail faces a partisan divide.

President Trump has spent much of his presidency being critical of the U.S. Postal Service, due to its negative profits and handling of Amazon’s packages. Recently, the president has refused critical federal funding to the Postal Service in order to hinder its ability to handle mail-in ballots. As can be said for most of the president’s claims, the issue is more complex than it seems.

At one point, the Trump administration had pushed for the privatization of the Postal Service, but later backed off from that proposal. Still, many conservatives today advocate for this private sector solution.

It shouldn’t have to be said: the Postal Service needs to be left alone. It is a critical service that delivers medication, badly-needed checks and, unlike its private counterparts, covers isolated rural areas. If the Postal Service were to lose funding and were unable to continue to operate normally, rural coverage would be lost and small businesses, which take advantage of the cheaper cost of Postal Service shipping, would suffer.

The delivery of live poultry and medication cannot be replaced by email.

It also is worth noting that the Postal Service’s budget deficit is not due to a failure of government bureaucrats, but government legislators. Experts trace the deficit back to a 2006 law known as the Postal Accountability and Enhancement Act, which required price caps on certain products like First-Class Mail and prepaying healthcare benefits for its employees on a 50 year basis, among other burdens. Many experts contend that the agency would be profitable if it weren’t for the restrictions enacted by this law.

Moreover, a reintroduction of postal banking could certainly help provide a stream of revenue to the agency in lieu of federal funding.

This refusal to fund the Postal Service, which the president admits is for the purpose of countering universal mail-in voting, has a number of constitutional conflicts. First, election law is to be decided by the states, not the federal government. Crutching the Postal Service for the purpose of scrutinizing mail-in voting, and therefore election law, is an abusive overreach of power. Additionally, a government postal service is mentioned in Article 1, and while its existence isn’t explicitly required by the clause, the founders’ intention is clear.

This war against the Postal Service, and additionally mail-in voting, must end. Few arguments made against the agency are legitimate when the agency is severely limited in pricing ability due to the aforementioned 2006 law, they aren’t cutting deals to corporations like Amazon like the president has claimed and there is no clear evidence of fraud with absentee — or mail-in — ballots.

The Postal Service handles a volume of mail that is unimaginable to its private competition. The Postal Service makes more deliveries in 16 days than United Parcel Service and FedEx combined in an entire year. So while opponents to mail-in voting contend the USPS will not be able to handle the amount of mailed ballots, one should consider that if everyone mailed their ballot and there was 100% turnout during the November election, that would still be less mail than the agency faces at Christmas.

Thankfully, the president has vocalized that he will begrudgingly fund the Postal Service, but the service is still far from safe. The president has installed a contentious Postmaster General who has, since assuming the post, made reforms to the postal service that critics claim will intentionally cripple the system and slow the mail. Furthermore, the Trump donor is under investigation for conflicts of interest. Postmaster General DeJoy must leave no doubt that the Postal Service will handle any election mail in a timely manner.

Still, anyone planning to vote by mail this election should vote early and should ascertain their ballot was received.

The Postal Service employees are some of the most underappreciated workers in the country. The longstanding agency and its workers are undeserving of the suspicion and criticism it has faced in recent months. And certainly, during a pandemic, mail-in voting is a gift, not a burden.

If you see a Postal Service worker, be sure to thank them for the important work they do.