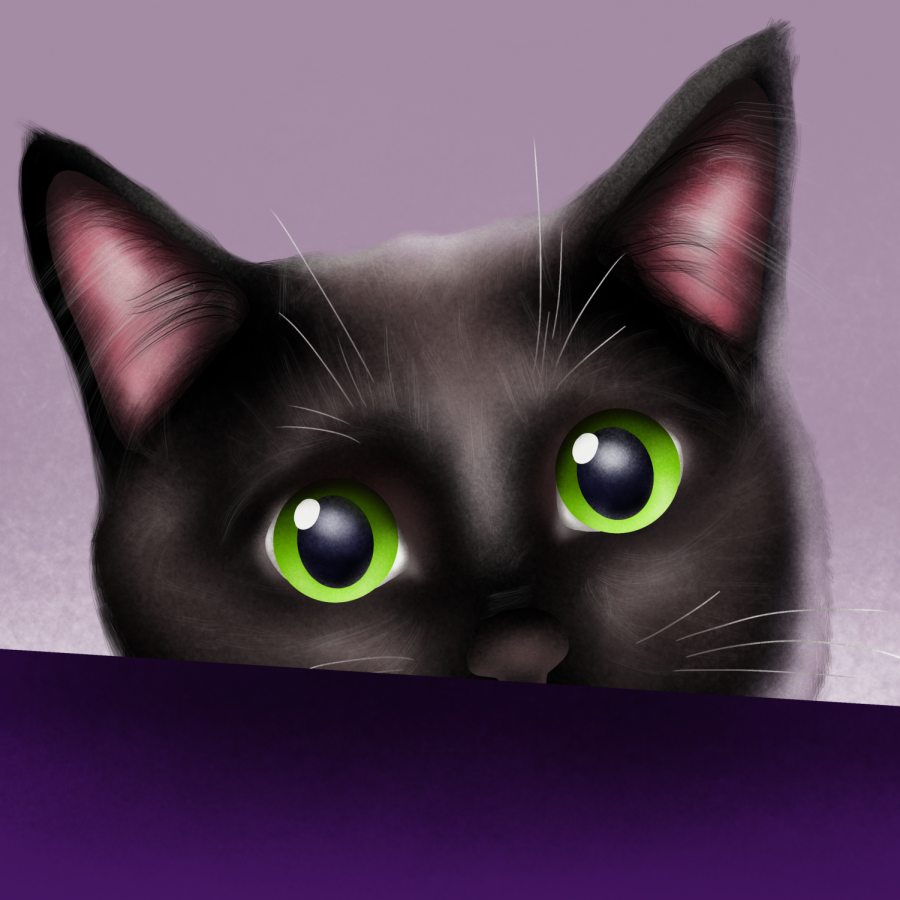 Regarding the stereotypical personalities of a “dog-person” or a “cat-person,” I certainly align with the extroverted, energized caricature of a “dog-person.” And I adore our K-9 companions. But I am not special in that regard; most people love dogs. Cats, however, deserve to be held in a higher regard by society.

This isn’t simply speculation that society prefers dogs to cats. Adoption rates of cats at any age is much lower than dogs at that age. When polled, 15% of people said they “disliked cats a lot,” while only 2% said the same of dogs. Similarly, 74% said they “like dogs a lot,” while 41% contended they like cats a lot. The data is clear: Society likes dogs and hates cats more.

While it is hypothesized that dogs domesticated themselves, the prevailing sentiment is that humans intentionally domesticated wolves into dogs. However, there is considerable evidence that cats intentionally adapted to living with humans and self-domesticated. Point one for cats.

Cats were revered by ancient civilizations like the Egyptians and the Romans and used to catch vermin, prevent the spread of disease and protect crops.

However, the societal view of cats took a dark turn by the Middle Ages. European Catholics condemned cats, attributing cats to witchcraft and paganism. A decretal, known as “Vox in Rama,” penned by Pope Gregory IX, kickstarted this association between cats and satanism. European folk traditions arose where cats were thrown from roofs, beaten to death or set on fire.

Some historians attribute this culling of cats to the severity of the Black Death, although there is admittedly little evidence supporting this theory. But today, cats — in particular black cats — are still inexorably linked to bad luck and evil superstitions.

If nothing else, one should respect the independence of cats. They are less needy than dogs. They bathe themselves by grooming, require no potty-training as they automatically will use the litter box and can (mostly) roam freely off leash outdoors, returning home due to their territorial nature.

But that is not to say they are indifferent to their human owners. Cats recognize their owner’s voice and studies have found cats are just as affectionate as dogs, with a minority displaying antisocial behavior around their owners.

A cat’s purr is a healing mechanism. The low frequency of a cat purr is a pain reliever and builds muscle, repairs tendons and heals injuries. But the cat purr doesn’t just heal itself, it helps you too. Studies indicate lower blood pressure and risk of heart attacks after being around a purring cat, as well as providing other health benefits. Your cat literally has a built-in mechanism to heal you by association.

While cats can be loving companions, they are also ferocious predators. Stealthy, light and graceful, but cautious hunters. They climb trees, jump fences and always land on their two feet. It goes without saying, but cats are incredibly intelligent animals. I certainly wouldn’t wish to be a Jerry hunted by a Tom!

Cats, therefore, like dogs, have function. Dogs can be used for hunting and tracking, herding and hauling, but cats are good for pest control, if nothing else. Our cats have kept vermin out of my father’s garden all my life. The moment we had no indoor-outdoor cat regularly out in the grass, the animals quickly returned to wreak havoc on my father’s tomatoes — they would take one bite out of a large tomato and then just leave it! How wasteful!

Furthermore, cats are great judges of character. They understand the invisible intricacies of mood, disposition and intention. A cat will be there for you when you are sad but far away from you when you are likely to lash out.

Cats have a lot of respect for themselves. Many abused animals have no choice but to stand by the abuser, but cats will never forget someone who has wronged them. Cats may be easier in terms of pet care compared to dogs, but it is much harder to win their affection.

Perhaps this is where the human disdain for cats begins. If someone dislikes cats, it’s a preference. But to hate cats? That’s a red flag. It means the person doesn’t like what it can’t directly control. Many people don’t like cats because they simply lack the necessary skills to care for one. Cats require patience and a gentle hand.

Unfortunately, it’s more acceptable to hate cats than dogs. If one starts a conversation about cats, occasionally someone will contribute a story about this wicked Devil cat they once knew. This would not be an acceptable way to converse about dogs, especially because people would immediately argue the dog’s nature was a result of poor handling on the part of its owner.

It’s no wonder there are anxious cats when much of their history involves being declawed or hunted by medieval mobs.

Cats have been associated with femininity and dogs with masculinity, so deep down somewhere the fact that it’s more socially permissible to hate cats but not dogs reflects society’s persistent disdain for women and femininity. Obviously, I am not arguing it’s misogynistic to not like cats, but stating that there is some amount of societal conditioning that can explain why cats are more hated.

I encourage any of you who are financially able and living in a comfortable and open environment to consider helping raise those cat adoption rates. But if you are thinking about adopting a cat, consider two things: two cats are always preferable to one, as cats can suffer from boredom or become depressed from loneliness without a reliable companion, and declawing, once the standard procedure before cat adoption, is firmly discouraged these days!

Declawing a cat can cause pain in your cat and even alter its personality. A quick Google search will provide one with multifarious drawbacks to declawing.

No one will say cats are easy. They are not. Or — at least — they shouldn’t be. But cats are undeserving of the negatively-skewed reputation they hold today. They are the product of millions of years of evolution to produce a self-cleaning, self-healing, agile predator. But also, to my prospective cat owners, know that they love a good feather toy and laser-pointer every now and then.

Andrew is a junior in LAS and the Opinions Editor for the Daily Illini.