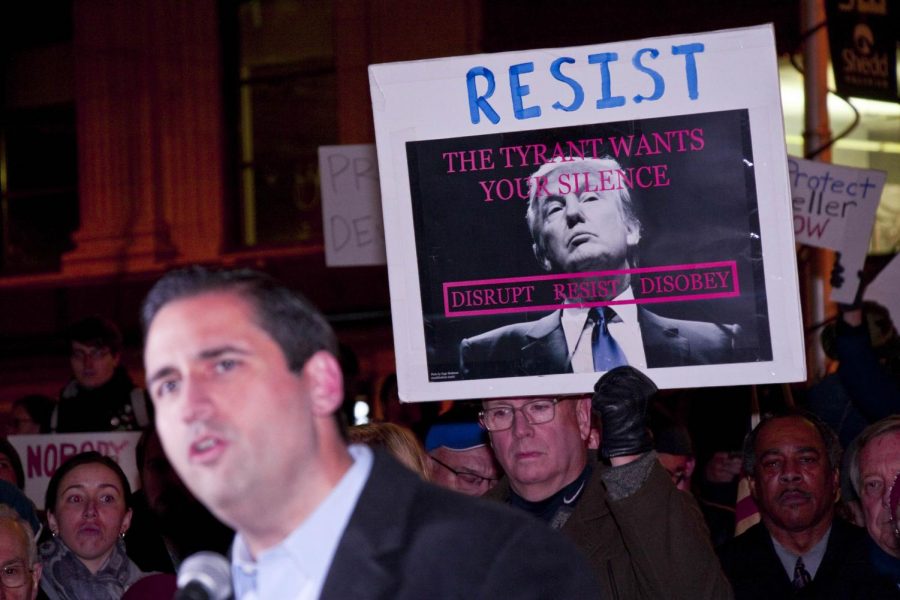 For even the most casual observer of American politics, two things are obvious about President Trump: he is doing poorly in his re-election campaign against former Vice President Joe Biden, and he may be in a mountain of legal trouble.

According to FiveThirtyEight’s roundup of national polls, Trump is currently trailing Biden by around seven or more percentage points nationally. Biden is also leading Trump in most swing states, and FiveThirtyEight’s presidential election forecast gives Trump only a 24% chance of victory on election night. Furthermore, a staggering 57% of Americans disapprove of the way Trump has handled the COVID-19 pandemic, the most prevalent issue of the race.

“But the polls were all wrong in 2016!” many of you might shout, and it certainly felt like they were. In reality however, Charlie Cook of the Cook Political Report points out that 45 states voted for president exactly how they were supposed to, and two states were considered toss-ups. Only polling in three states — Wisconsin, Michigan and Pennsylvania — showed Clinton leading Trump before the election, so pollsters actually got things much more right than wrong last time around.

If the presidential election were tomorrow night, it seems fairly safe to say that President Trump would be toast. Joe Biden would likely be the victor, and his margin of victory would not be small.

That isn’t to say Trump couldn’t win. Trump absolutely could win and may very well do just that, but with just under eight weeks until the Nov. 3 general election, time is running out for the President to make significant headway regarding public opinion. Because of this, Trump is rightly concerned, and he has been amplifying his attacks on Twitter against Biden in recent weeks.

Additionally, there has been more news recently regarding the multiple investigations into both Donald Trump and the Trump Organization, being conducted mostly in his home state of New York.

The New York State attorney general is currently investigating whether or not the President and his organization committed fraud. New York County District Attorney Cyrus Vance is also investigating the President for potentially inflating the value of his assets and has acquired records of Trump’s transactions with Deutsche Bank. Furthermore, The United States Attorney for the Southern District of New York implicated Trump in multiple crimes in 2018 legal filings involving the prosecution and sentencing of his former lawyer and fixer, Michael Cohen.

Furthermore, after concluding his investigation regarding possible coordination between the Trump campaign and Russia in 2016, former Special Counsel Robert Mueller referred 14 criminal cases to other offices. Only the content of two of those referrals are publicly known — the one regarding Michael Cohen, mentioned above and the other involving former Obama White House counsel Gregory Craig.

Considering that Mueller’s investigation focused mostly on Trump and his campaign’s potential wrongdoing, the odds that a good number of those referrals involve Trump in some way seem overwhelming. This adds to the possibility that there are “sealed” indictments or even arrest warrants for President Trump, which would remain private until he leaves office and can legally be prosecuted.

The only thing shielding Donald Trump from these many, serious criminal investigations is the fact that he is the sitting United States President.

A 1973 opinion from the Department of Justice Office of Legal Counsel prevents a sitting president from being indicted or prosecuted and clearly states: “The indictment or criminal prosecution of a sitting President would unconstitutionally undermine the capacity of the executive branch to perform its constitutionally assigned functions.” This is the same OLC opinion that kept Special Counsel Robert Mueller from charging Trump with multiple counts of obstruction of justice.

How are these two problems for Trump related? Donald Trump’s primary interest in winning this election is to keep himself out of criminal legal trouble. If Trump is defeated by Joe Biden in November — and again, that outcome is starting to look more likely as time goes on — there will be nothing left to save him from multiple criminal prosecutions, and one has to believe the President realizes that fact.

Why else would a president so seemingly uninterested in merely doing his job be fighting so hard for a second term? Being president is one of the most difficult jobs in the world, and Trump would have a much easier time if his life were still the gold-clad, reality television fantasy he was living before he ran for president.

That is not the life he will be returning to if he loses this election. His new reality in that case won’t likely be spent wearing a several-thousand-dollar suit while flying aboard his private plane, but instead wearing an orange jumpsuit while residing in a prison cell.