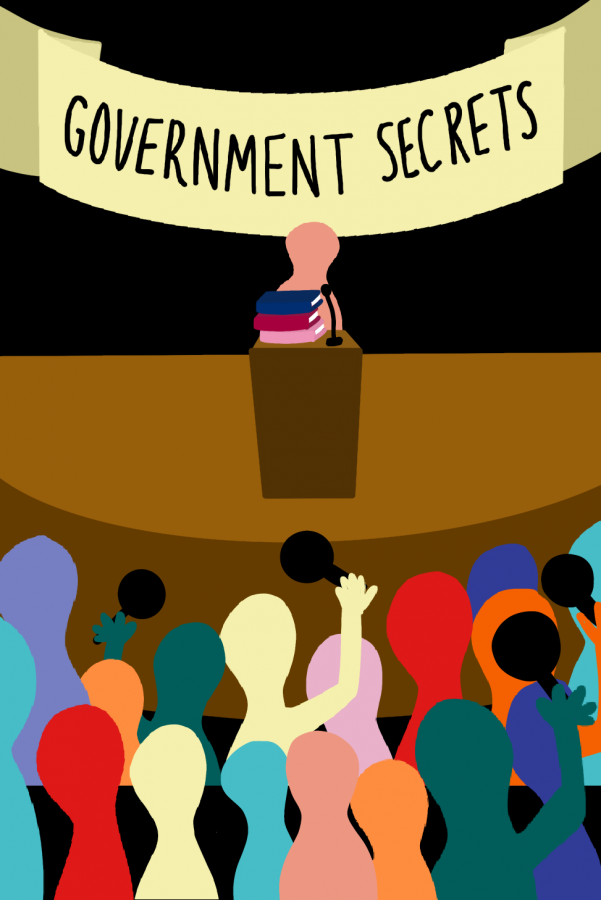 From the inception of the United States nearly 250 years ago, the relationship between the federal government and its people has been at times strenuous, other times complementary. One of the deciding factors, if not the deciding factor, in determining that dynamic lies in the simple establishment of trust — or lack thereof.

Investigative journalism has long been praised for being the gatekeepers between the public and government. As an essential part of a well-functioning democratic society, investigative reporters must provide truth and honesty to expose illegal or corrupt actions by trusted officials and hold those individuals accountable.

A concerning reality of Donald Trump’s presidency is the endless public scandals he finds himself embroiled in, but an even more alarming truth is so-called journalists and public servants seeking opportunistic profit through withholding important information rather than broadcasting the news immediately to the people.

American journalist, Bob Woodward, perhaps best known for his reporting of the Watergate Scandal alongside Carl Bernstein, has cemented himself as a premier figure in the field of uncovering major political scandals for the public.

Woodward’s new book, Rage, is his latest report about what goes on in the highest levels of the United States government, particularly regarding Trump and his administration. It contains a series of interviews between the two, including one in which Trump admits the coronavirus is “more deadly” than the flu, a direct contradiction to his public statements likening the two.

This interview between Woodward and Trump occurred in early February, yet this knowledge was released one week before the publication date of his book, leading many to question Woodward’s motive behind withholding that information until an opportune moment. There should be no question concerning the implications of what his book reveals with respect to Trump’s deception around the severity of the virus and his consequent inaction, but these matters are tainted by the opportunistic nature in how it was released.

Virtually all of Trump’s major scandals have happened in full public view, and many have seen this as an opportunity to profit off of his misgivings. John Bolton, the former national security adviser, did not testify in Trump’s impeachment trial, yet released a book detailing Trump’s willingness to stop criminal investigations in order to “give personal favors to dictators he liked.”

It seems like just about anybody who has been in the White House during Trump’s presidency and was privy to important information waits until landing a lucrative book deal before telling all to the public. The shift from pure fact-finding to earning a quick buck is not only demoralizing for the conscience of this country, but incredibly frustrating to realize information is being wielded as a political weapon.

Trust is difficult to earn, yet easy to lose. The delicate balance is further threatened by high-level journalists and officials tactically reporting information with an opportunistic undertone. It is a perversion of pure and authentic news investigation that draws the focus away from the serious nature of the scandal and toward the questionable method in which the information was brought to light.

There has been a lot of talk about fighting for the soul of this nation in the upcoming general election. With the amount of misinformation, deceit and cover-ups looming over the last four years, it’s fair to say it’s a fight this country cannot afford to lose.