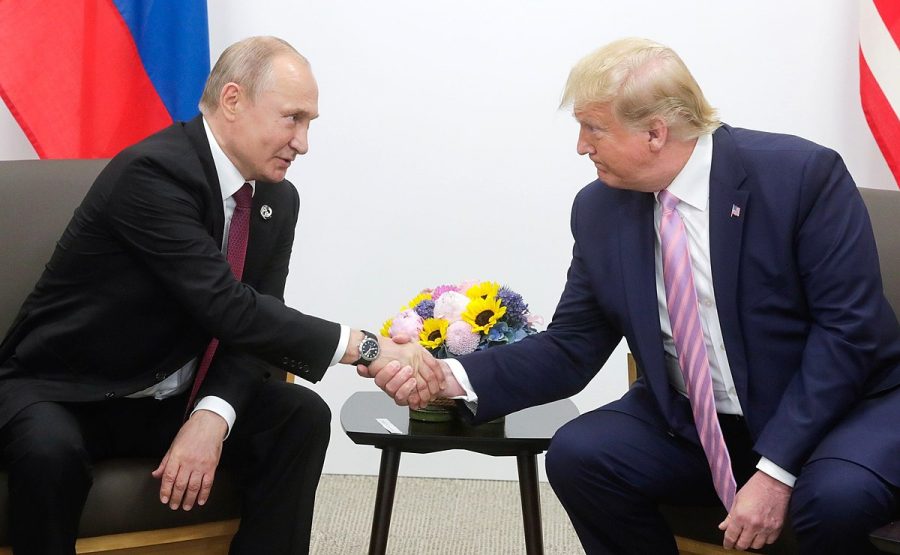 Recent headlines reported President Donald Trump has now been nominated for the Nobel Peace Prize twice, both times by Scandinavian right-wing politicians for peace deals in the Middle East brokered by the U.S. government. In the wake of this news, discussion has erupted over whether or not the president truly embodies “peace,” with various leftists — ideologically opposed to Trump in nearly every way — arguing that he is, in fact, an “anti-war” president.

Leftists and Trump supporters do generally share an anti-establishment sentiment, which may be where this contention begins. Some on the left contend every president has earned the title “war criminal,” but have surprisingly credited the current president with opposing the military-industrial complex as much as he can. Perhaps this is wishful thinking, or perhaps it is willfully ignorant.

President Trump is not anti-war. Rather, his “strongman” personality and authoritarian tendencies seem to favor escalation with both allies and adversaries abroad. Those who believe he is opposed to war are simply mistaking his populist posturing for authenticity.

The president has escalated nearly every foreign policy issue he has directly involved himself in. #WorldWar3 trended on Twitter earlier this year when the president assassinated one of Iran’s top generals and threatened war if they retaliated. He threatened military intervention in Venezuela. He began a trade war with China and traded tariffs with allies.

Although it may appear as though relations between the United States and North Korea are more normalized than in recent history, one ought not forget Trump and Kim Jong Un trading petty threats of nuclear war with one another. The president even threatened war if North Korea fired missiles into the waters near Guam, a ridiculous threat. Had North Korea decided to fire a missile into the Pacific, the president would have had to admit his bluff or begin a deadly war over water.

His reckless withdrawals from Afghanistan and Syria ostensibly paint the president as someone opposed to war. But ever since the Iraq War, the American public has remained steadfastly against war. As a populist, Trump is simply appealing to that sentiment.

One must believe that either Trump is truly anti-war and that any moves toward escalation is appealing to the base or having his arm forced by the military-industrial complex, or that Trump is an authoritarian with a proclivity for force and any pacifist moves are populist appeals. The latter is far more plausible. This is the man who once campaigned on “killing their families” to the dismay of many voters.

Are people who contend he is truly anti-war just willfully overlooking increased U.S. bombing in Syria? His loosening of rules of engagement to accept more civilian casualties? His backing of Saudis in Yemen? These aren’t actions taken so he can regularly brag to his support base about them; they’re relatively unnoticed policy changes that reveal his true colors.

Withdrawing from the JCPOA, a perfectly reasonable agreement which had Iranian compliance, and then threatening war with Iran, one of the biggest regional powers, certainly does not indicate Trump has a penchant for pacifism. Redeploying troops in the Middle East to guard oil fields indicates an energy priority before he prioritizes conflict disengagement.

Moreover, as independent Representative Justin Amash highlighted and sourced, the president has “launched more air and drone strikes in Somalia over just the last year than Barack Obama did over all eight years, and about as many strikes per year as (George W. Bush) and Obama combined and totaled from 2002 (war’s start) to January 2017 (inauguration).”

It is said that proposed budgets are a reflection of an administration’s values, and the president’s proposed budgets include massive increases in military spending, as well as cuts to critical government departments such as the State Department. These spending cuts, former U.S. Secretary of Defense James Mattis argues, will only be replaced by increased need and utilization of the U.S. military.

The argument that President Trump differs from previous presidents by defying powerful military leaders and opposing the use of the American military for force is nothing but a fairytale. The president’s poor diplomacy leaves him no choice but to issue threats of intervention more often.

The president may invoke populism at his rallies and talk about ending “endless wars,” but his actions are far more telling than his words.

Andrew is the Opinions Desk Editor for the Daily Illini and a junior in LAS.