Opinion | Voting in upcoming election is more important than ever 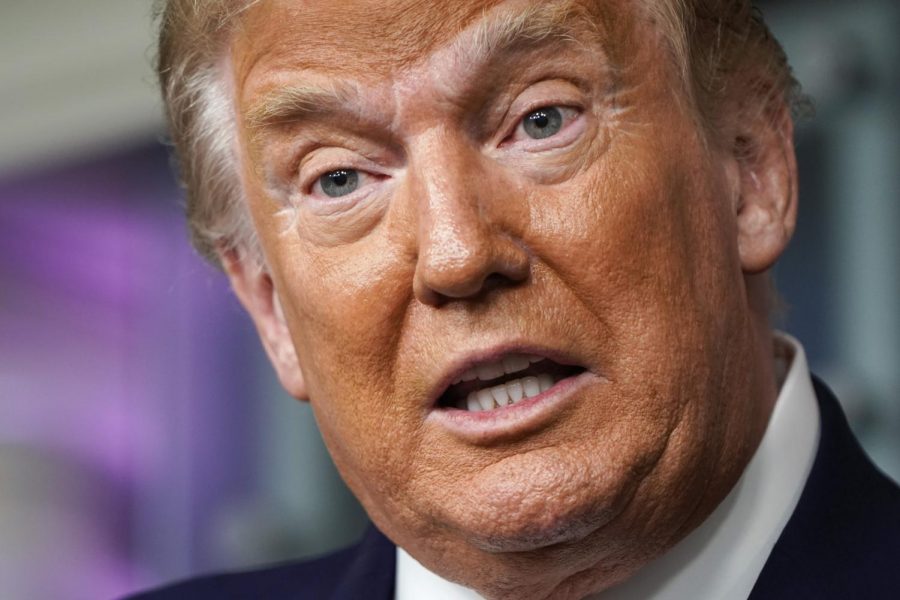 U.S. President Donald Trump speaks during a news conference in the Briefing Room of the White House on Sept. 27, 2020 in Washington, DC.

Halloween is just around the corner. While many stores have had proper decorations for sale since July, the seasonal Spirit Halloween locations have arrived again and pumpkin patches are opening their doors once more. It’s the scariest time of year, but in November, like every four years, America will hold another presidential election. This year, it might be the scariest of all.

If you haven’t lived under a rock for the past two years, you already know the candidates. President Donald Trump is seeking reelection against former Vice President Joe Biden. Many Americans probably already have a good idea of who they’re voting for; others, maybe not so much. If you’re undecided or have your candidate locked in, don’t forget to vote in this election. It’s crucial, important and vital for the future of America.

As everyone knows, especially in America, 2020 wasn’t the year many hoped. Due to the ongoing COVID-19 pandemic, everything changed. Businesses shut down. Public events were canceled. Work and school moved online. But, this election might be the biggest obstacle we will face.

For the past four years, President Trump has run the country, making his administration one of the most unprecedented and highly analyzed. During his time in office, he appointed Neil Gorsuch and Brett Kavanaugh to the Supreme Court, and will likely receive a third court justice, created a new branch of the military called the Space Force and created millions of jobs for Americans, among numerous other accomplishments.

Trump has also experienced some setbacks. He survived an impeachment trial, battled Democrats over almost everything and has faced a high turnover rate in his administration. His time in office plays a major role in this election, along with that of Biden’s political career.

Biden served as President Obama’s VP for eight years. Before then, he served in the Senate for 36 years. He’s one of the most popular Democrats in the party.

Why is this election so crucial? First and foremost, it’s the issues. Between the ongoing pandemic, continuous racial problems, law and order, the economy, the future of this country and so much more, there is so much at stake in this election.

With that, both candidates have their own issues to deal with too. Trump has to battle with the media, his own administration and voters to win again. Biden has to battle his constant slurred speech, gaining voters and his victory for the White House for his party.

At this point, the election is a toss-up. Both candidates have a chance of winning. They both also have a chance of losing. Whatever happens, it’s up to us, the voters, as to how this all plays out.

No matter how you feel about the election and its candidates, it is your civic duty to go out and vote. Like the saying goes: “If you don’t vote, you lose your right to complain,” (the curse word is better suited).

If you do vote, you will have a right to argue the outcome. If you don’t, then you don’t; it’s that simple. In November, cast your vote for who you think should lead the future of this country. It’s all in your hands.

Noah Nelson is a junior in the college of Media.