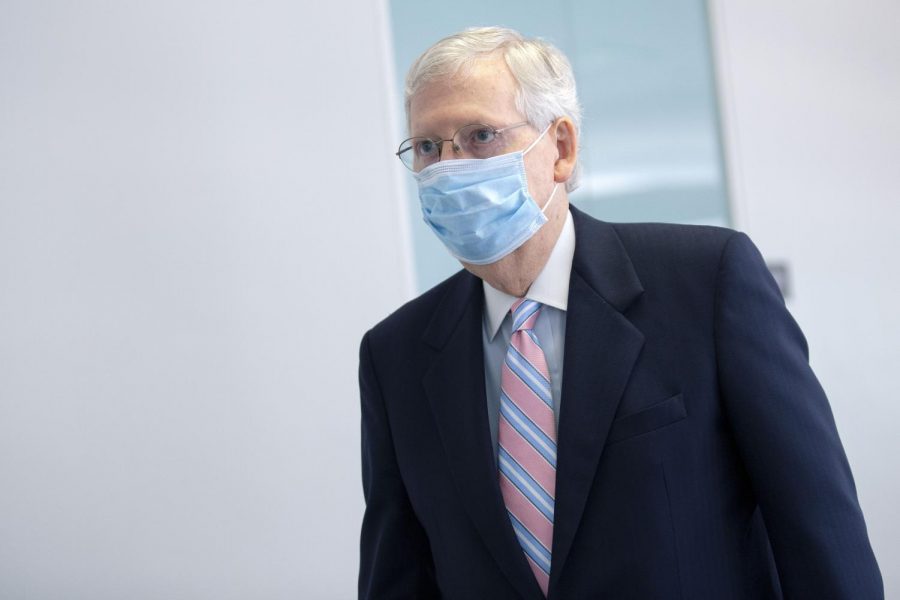 The United States Senate has grown increasingly politically polarized under Donald Trump. Typically speaking, the House of Representatives is known as the home for highly partisan congresspeople — a consequence of their brief terms — but the Senate must now be included in the conversation because of their repeated efforts to support President Trump.

Senators who have served over the past four years almost exclusively vote along party lines when it comes to issues that Trump supports. Nowadays, most of these votes fall in the president’s favor due to inexplicably loyal Republican senators holding the branch’s majority.

The face of the newly pro-Trump Senate takes the shape of Kentucky Republican, Mitch McConnell. During his time as Senate Majority Leader, McConnell has garnered an extensive reputation as a staunch political ally to President Trump, only working to heat partisan tensions within his branch of Congress to a sustained boiling point.

Regardless of the Senate’s mounting partisan frustrations, one would expect them to join Capitol Hill in collectively pressing pause to mourn the passing of historic Supreme Court Justice Ruth Bader Ginsburg. Much to what should be the chagrin of every American citizen who holds a distaste for our government being absurdly divided, this has not been the case.

During a time that necessitates a respite in the standoff between Senate Democrats and Republicans, McConnell has packed gunpowder into his musket and is preparing to fire the shot heard ‘round the world.

Shortly after Ginsburg passed, McConnell vowed to hold the vote for a new Supreme Court Justice before the upcoming presidential election — a move that is laughably hypocritical. In 2016, when Obama still resided in the Oval Office, McConnell ardently proclaimed that appointing a new justice to the high court during an election year would “inevitably plunge our nation into another bitter and unavoidable struggle.”

By his own words, Senator McConnell knows what he’s doing will start an all-out partisan war.

Also aware of the looming pandemonium are infuriated Senate Democrats who have been vocally critical of the hypocrisy exhibited by not only McConnell, but a whopping 17 other active Republican Senators who in the past have denounced appointing a justice during an election year.

Senate Democrats might not possess the upper hand — as they lack the majority and therefore cannot block a Supreme Court nomination — but have been quite clear that they will make things ugly if McConnell’s plan to rapidly appoint a new justice succeeds.

Such a chilling statement is something that is desirable to be uttered by Harrison Ford during a high-stakes situation in a riveting 1980s action movie, not by the Senate Minority Leader. Partisan tensions are now so fiery that Senate Democrats are using borderline war-like diction to describe the impending chaos that will ensue from the Supreme Court appointment.

Senator McConnell is more concerned about an immediate political victory than the devastating long-term consequences that will be wrought from his decision to hold the nomination vote before Trump leaves office.

If the vacant seat on the high court is filled prior to the election, the Democrats will be forced to follow suit and make a point to be brutally party-motivated in their every decision moving forward.

The Senate will soon devolve into a cutthroat battlefield where the only motivating factor for doing anything will be to gain the upper hand in the constant struggle for political power — a dynamic that is anything but conducive to good governance.

Unless the appointment falls through, McConnell’s incapability to follow his own advice will condemn the American people to suffer through a power-hungry and viciously polarized Senate for years to come.

Nick is a sophomore in LAS