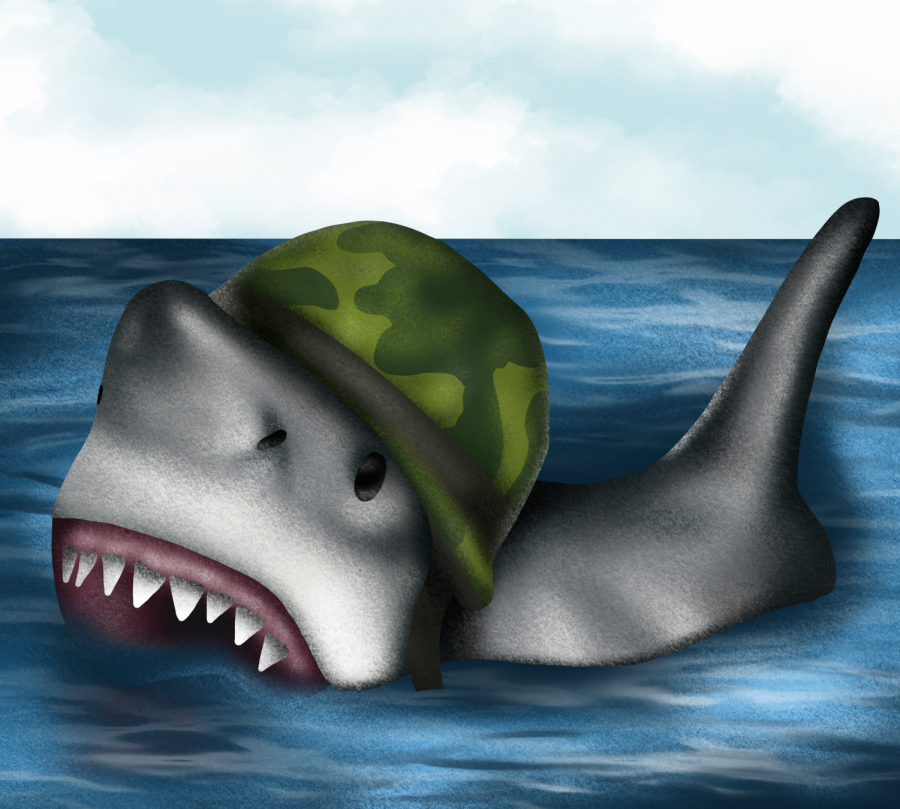 With the onset of October, Halloween is fast approaching, and one of the most popular Halloween traditions is watching scary movies. Be it John Carpenter’s “Halloween” or George A. Romero’s “Night of the Living Dead,” there is no shortage of horror cinema to enjoy all month — and all year if one is so inclined.

While many horror movies are enjoyed strictly ironically, the best horror films play upon the anxieties of not just an individual viewer, but society as a whole to paint a greater picture of what our fears say about us. One such film that does this very well is Steven Spielberg’s 1975 classic “Jaws.”

At face value, “Jaws” tells the relatively simple fictional story of a shark that inexplicably goes berserk, terrorizing a community of beachgoers in an idyllic New England town called Amity Island during summer festivities. Sharks and the ocean are common fears for many people, so it is no surprise the premise is not only well remembered, but quite scary. However, the true terror of “Jaws” lies beneath the surface — pun intended.

In April 1975, the Vietnam War ended. But for the United States, the war had been over since 1973, when the U.S. completed its full withdrawal from the conflict that by then was clearly a lost cause.

With this in mind, the Vietnam War was a fresh and traumatic memory in the American psyche. The wounds were still too fresh for movies dealing with the war directly, and indeed “The Deer Hunter” would be among the very first popular Vietnam War films in 1978.

But thanks to Spielberg’s perhaps unintentional use of allegory, “Jaws” is able to act as a conduit for America’s anxieties about the Vietnam War.

In “Jaws,” the villain is a shark that attacks swimmers and other beachgoers. Under normal circumstances, a shark is no threat to a human, as it cannot go on land where humans spend almost all of their time. One has to go out of their way to be attacked by a shark.

In the same way, Vietnam posed no threat to America, and only by entering the country were Americans able to be hurt. This unseen enemy that cannot be rationalized and is localized entirely within one area reflects Americans’ fears of guerilla fighters utilizing tactics the U.S. military of the time was incapable of countering.

The shark attacks during Amity Island’s Fourth of July festival seem almost on the nose. The same way the Vietnam War hurt the pride of the American people, the shark attacks the festival built around the celebration of America.

The reason why shark attacks keep occurring throughout the film in spite of the fact that simply closing the beach would make further deaths impossible is that many officials in Amity Island do not want to lose out on the town’s vital summer economy, based largely on tourism. This is similar to the way U.S. politicians and generals carelessly wasted the lives of thousands of young men just to avoid the loss of an already unpopular war.

In many ways, Amity Island represents the idealized version of America that exists only in the minds of many people. Beautiful, clean, safe and homogenous Amity Island is the white picket fence dream many Americans have. But the shark exists to ruin this ethereal dream. Like the specter of the Vietnam War, the shark creates mass terror that ruins the island residents’ enjoyment of their suburban paradise.

While already a scary premise, the film’s ability to act as a catharsis for the American people to process their anxieties and lasting resentment about the Vietnam War has permanently cemented it into the American cinematic canon.