Opinion | Republicans do not care about American people, debt 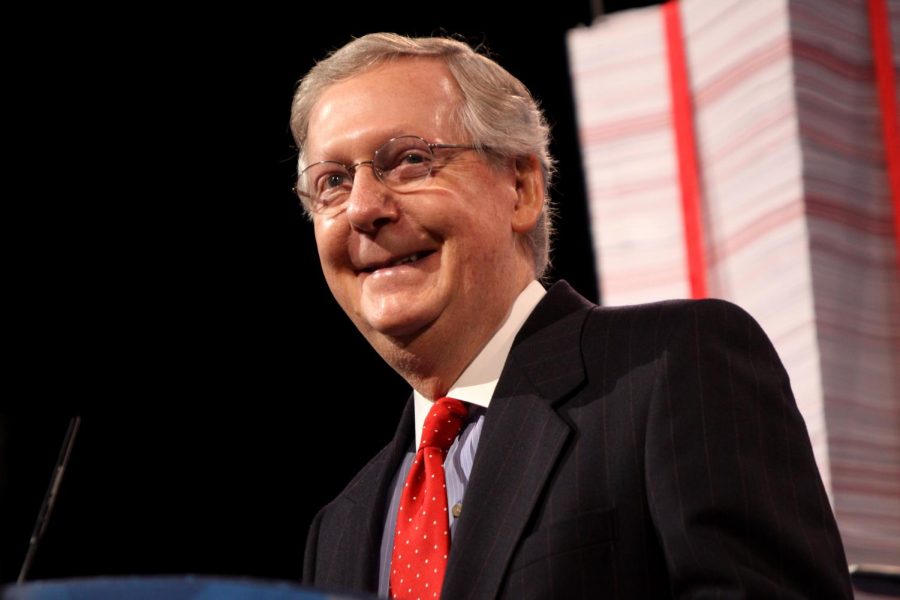 “Of course, now the economy is a complete disaster … ” said Senator Kamala Harris of the Trump administration’s handling of the economy during the recent vice presidential debate, and she could not have been any more correct.

The unemployment rate is still at a relatively high 7.9% according to the Bureau of Labor, which translates to about 12.6 million people being out of work. The number of jobs added on a monthly basis — after peaking in June — continues to decline.

Millions of people across the country fear they will be unable to pay rent, and as many as 35 million people could face eviction. Furthermore, while many temporary layoffs have ended, millions are at risk of becoming permanently unemployed.

The economy is a complete disaster.

President Donald Trump seems to have just realized how unlikely he is to win the election given the current state of the economy, so he has turned his attention back to negotiations with congressional Democrats over an economic stimulus package.

It is unclear whether Trump would actually like to pass such legislation, and his statements about how large the package ought to be have ranged from some version of, “there should be no stimulus bill at all” to “I want a bigger package than even the Democrats.”

To be clear, Trump’s treasury secretary, Steven Mnuchin, recently offered up a $1.8 trillion package, whereas Democrats had initially passed a $3 trillion one back in May. Trump either doesn’t want as large of a package as he says, or he genuinely has no idea what his own administration has negotiated. Neither scenario is even remotely surprising.

Regardless of Trump’s motivations for suddenly appearing to care about passing any further economic recovery legislation, any bill where the White House and Speaker of the House Nancy Pelosi negotiate is likely to go absolutely nowhere in the Senate. Mitch McConnell said passing another stimulus bill is “unlikely in the next three weeks.”

The story as to why this is the case is an old one, and it’s just as ridiculous as ever. Republicans in the Senate are apparently too concerned with the national debt to go along with President Trump on further economic stimulus.

Here’s the part about that excuse that is truly maddening: Republicans don’t actually care about the national debt, and they never have.

And, most recently, Republicans didn’t even seem to remember that the national debt was a concept when they approved the Trump tax bill in 2017, which is estimated to add an additional $1.6 trillion to the national debt over 10 years.

However, Republicans do sometimes pretend to care about the debt. They pretend to care any time there is a Democrat in the White House. And they’re pretending to care about the national debt right now because they’d rather shoehorn Judge Amy Coney Barret onto the Supreme Court before they no longer control the Senate or White House — both prospects that look as likely as ever — than pass legislation that would improve the lives of millions headed toward financial ruin.

Republicans in Congress only care about expanding and retaining their own political power — in this case, through the Supreme Court.