Opinion | David Hume was right: He shouldn’t be 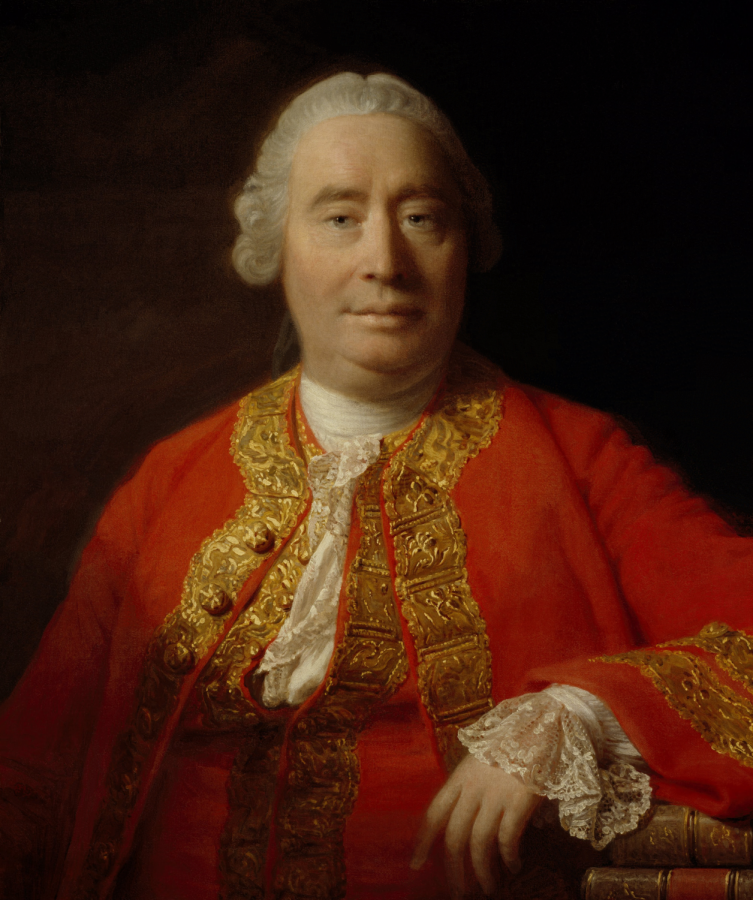 A portrait of Scottish philosopher David Hume is pictured above.

In the 2010s, the youthful darling of new online conservatism, Ben Shapiro, coined the phrase, “Facts don’t care about your feelings.”

With oh-so-many critiques of Shapiro, not least of which is his prerogative of refusing to debate anyone who is not a college student with zero media experience, it is hard to tease out in what way the man is most detrimental to our collective political climate. Nevertheless, his titular catchphrase seems to clinch the title.

Over the years, Shapiro has wrongly gained a reputation as someone who cares only about the measurable and factual. Shapiro purports to be above the menial fray of feelings, emotions and opinions while placing himself at the altar of the quantifiable and evidence-based.

He waxes prolific that he is politically without dogma. As Shapiro professes, it is not that he is entrenched in politically conservative ideology and takes it as unquestionable gospel, but he is merely following the facts. According to Shapiro, by the overwhelming preponderance of the evidence, American conservatism has never been wrong about anything ever. Facts don’t care about your feelings…and facts lead you to conservatism. That is Shapiro’s thesis.

Shapiro is, first and foremost, a liar. And Shapiro lies well. He attended Harvard Law School, and when an alumnus from Harvard chooses to live in an echo chamber and only debate college students, the guy with the law degree tends to get away with lying quite a bit.

Without digression, the following quote of Shapiro from a segment on gay rights reveals the phenomenon perfectly. Remember, Shapiro built his entire livelihood and brand on the idea that he is only concerned with fact, and that feelings have no place at the discussion table.

Belief? That seems awfully non-factual. Take a moment to fully understand what was admitted. Shapiro admitted that he starts with some unfounded, unquestioned belief and is forced to find a secondary justification for why it is correct. This is the polar opposite of “Facts don’t care about your feelings,” this is “Your feelings choose your facts.”

Shapiro’s admission of guilt to the crime of harboring a non-factual opinion is equivalent to the Pope readily admitting to filming a sex tape. Every position Shapiro professes on every topic — be it global warming, the civil rights of transgender individuals, the purpose of a government and American’s right to protest — is the result of nothing more than post hoc justifications for opinions Shapiro arbitrarily decided upon over a decade ago and refuses to question.

Is Benjamin Shapiro a lying grifter who should never be taken seriously? Yes. It could be argued that Shapiro might be one of the most emotional, non-factual pundits in the public discourse.

Is it wrong to incorporate opinions, emotions, and feelings into public discourses? No. It is perfectly acceptable to admit you have an opinion one way or another on an issue. What is not acceptable is demanding others kowtow to your self-professed factual superiority when no such superiority exists.

The most notable quote from Scottish enlightenment philosopher David Hume reads, “Reason is, and ought only to be the slave of the passions, and can never pretend to any other office than to serve and body them.”

Currently, Hume is correct because reason, in our modern discourse, is a slave to the passions. Talk to any professor studying human behavior or cognition, and they will reiterate that human brains love stories to the detriment of data. It is not any individual’s fault or any institution’s fault, but our species’ evolution.

With proper and focused education, though, this country may prove Hume wrong. If high school education placed a greater emphasis on statistics, argument analysis, fallacy identification and the embrace of new information, the country’s education system may best Hume’s proposition after several decades.

Let school administrations invent their solutions to correct this problem. Just do something: anything. Because, if nothing is done, the political grifters will be free to continue to blatantly lie to the masses — all while the masses are none the wiser.