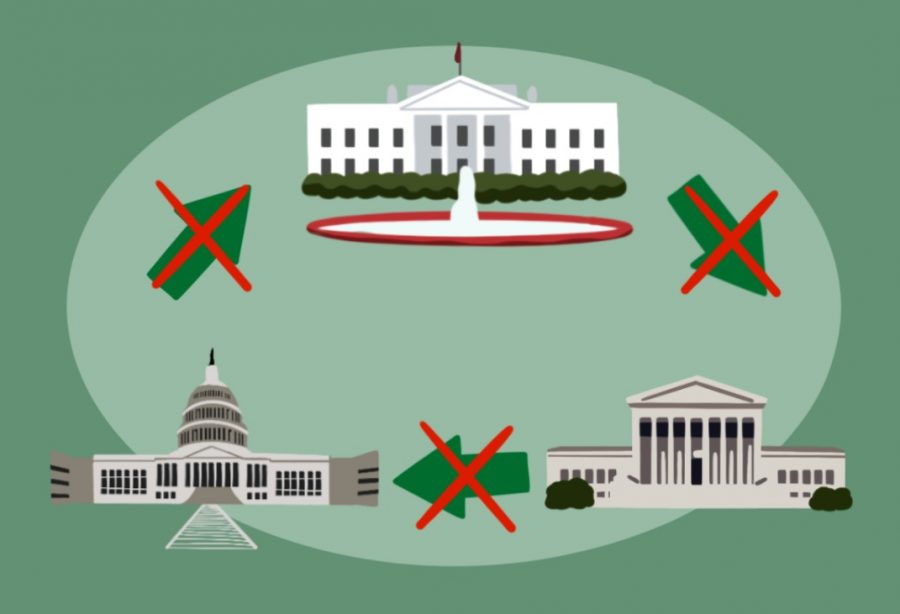 A year ago, I defended the case for the electoral college. I seldom regret having written something for the Daily Illini, but I emphatically regret having supported this system which is, by design, innately undemocratic.

In the last three decades, a Republican has only secured a plurality in the popular vote once: 2004. Yet, the GOP have held control of the White House for nearly half of that time. Surprisingly, this is not a bug — it’s a feature.

The electoral college was created with a pro-slavery tilt, as during apportionment, slave states could count each slave as three-fifths a person, while freed slaves in northern states did not count at all. If the college had been discarded in favor of the popular vote, the northern states would often outnumber the southern slavers.

If the institution’s job was to weigh votes differently, it succeeds to this day. With 100% turnout, a vote in Wyoming is worth nearly four votes in California. Votes in certain states are worth far more than votes in other states, which is just grossly undemocratic.

Election distortions created by this antiquated system only serves to underscore the need for its termination. This isn’t a new or radical idea — in fact, the nixing of the electoral college once had bipartisan support and was even championed by President Richard Nixon. But path dependency persists.

Although the system’s supporters claim that its abolition would lead to candidates campaigning in only a handful of populous cities and disregarding the rest of America, one must understand that with the electoral college, candidates campaign in only a handful of important “swing states” and disregard the rest of America. Under a popular vote system, certain places get more attention than others, as is the case today, but at least everyone’s vote bears the same weight.

The distortions could be chastened by changing the allocation of electoral votes from winner-takes-all. Additionally, the National Popular Vote Interstate Compact is an agreement among certain states to grant their electoral votes to the candidate that wins the popular vote. So although the abolition of the electoral college is preferable, there are ways to make it functionally nullified.

But the electoral college isn’t the only institution that warps representation: the Senate does a great job of that as well. With the Senate’s structure — two votes per state regardless of population — 38 million people are represented by 15 states or 30 senators. California alone is home to 40 million Americans who all are represented by just two senators.

With all the constitutional powers bequeathed to the Senate, it is far too important a body to excuse this perversion of democracy.

Adding states wouldn’t fix the corrupt structure of the senate, but it would perhaps make it less prone to be controlled by one party. More importantly, granting Senate representation to those who desire it, like Washington D.C. or (potentially) Puerto Rico, is the right thing to do. These four million Americans without representation are somehow less worthy of it than states with far less in population.

America has added two states since the end of World War II — it’s not unthinkable to do so again.

The White House has been controlled by the candidate with fewer votes, the Senate by the party with fewer votes and the judiciary has now been packed with conservative sycophants who, if faced with an election result challenge, will likely rule in favor of the country’s conservative minority. This is a coordinated effort to go against the will of the American people and pack institutions with allies.

Checks and balances cannot work when every branch has been packed with an unbalanced number of bad-faith actors who will refuse to check.

America has reached a critical game-theory-esque point wherein, given that one party is dedicated to breaking the system, if the other party does not enact structural change, it will lose.

Republicans would be, understandably, outraged by Democratic court-packing, erasure of the filibuster and an abolition of the electoral college just as Democrats are outraged by Republicans holding open judiciary vacancies and disenfranchising voters. The difference is that the changes Democrats would make would help revive American democracy rather than solidify ideological purity in the system.

If Joe Biden wins, he must understand that, with the power he wields, he must enact structural reform to a broken system. If he doesn’t, all that happens is America prolongs a time in which Republicans will be in the majority again and return to breaking the system. Complacency is certainly, then, akin to culpability.

Joe Biden’s victory, however, not only hinges on him getting more than 270 electoral votes, which only realistically occurs if far more Americans vote for him than Trump, but it also hinges on the president being unable to discredit ballots, his allies being unable to disenfranchise and suppress turnout and his “poll-watchers” being unable to intimidate voters.

Election night may not even yield results on the presidential election because of the high volume of mail-in ballots. It may be weeks of vote counting.

Democracy is a spectrum, and it is not even a remote exaggeration to argue that America has been severely backsliding. Its institutions don’t function democratically, so it has been up to politicians to maintain the system in good faith. The last decade has evinced that one side has given up trying to play fairly.

Republican Senator Mike Lee said it best — albeit perhaps with too much enthusiasm — when he said “we are not a democracy.” But it’s time America changed that.

Andrew is a junior in LAS and the Opinions Desk Editor for the Daily Illini.