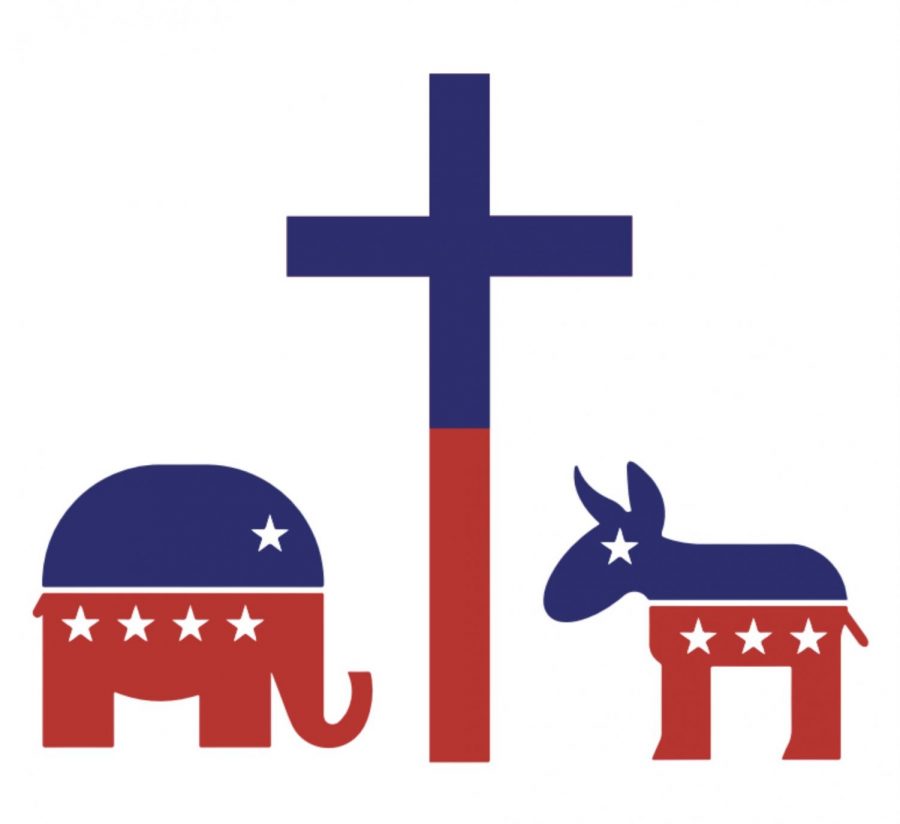 The crisp breeze of autumn is pleasing to many, unfailingly evoking familiar sensations of change and tranquility. Every four years, this same wind also brings about the familiarities — tranquil or not — that are associated with the presidential election.

One recently occurring phenomenon familiar to election season is that the vast majority of white voters who identify themselves as “evangelical” will cast their ballots for the Republican candidate. By virtue of the fact that white people outnumber people of color in the United States, the image of the evangelical voter is staunchly Republican.

This current view of evangelical voters brought about by presidential election voting demographics is immensely problematic.

The problem with how the typical evangelical voter is envisioned lies not within the fact that they are thought of as Republican — it would be equally problematic were they consistently believed to be Democratic — but rather because Christianity has become tethered to a political party.

When a singular political party touts the image of being the explicit affiliate of a religion, the religion’s core teachings become greatly skewed and utterly misrepresented to people unfamiliar with them. One cannot blame non-Christians for making certain assumptions of Christianity given the partisan light our voracious two-party political system paints it in.

Rather than being defined as a group that holds a long-enduring set of moral teachings and a belief in the resurrected Christ, the Christian population is seen by many as a coalition that detests homosexuals, possesses no compassion for refugees or illegal immigrants and resolutely opposes sexual reproductive rights.

The debate about whether one should allow spiritual beliefs to influence their voting decisions has persisted for years. Many argue it is the duty of every voting American to toss aside any self-interested motivators — such as religious beliefs — and hold the best interest of the country as a whole in mind when casting their ballots.

Even so, it is difficult for one to completely remove core moral values upon which their lives are grounded from any decision making process. Then Senator Barack Obama is a prominent Democrat who touched upon the subject, explaining how he has led first with the desires of the American people in mind but would be naive to claim his faith had no sway in his political stances.

To a degree, religious voters are likely to cast their ballots — as a conscious decision or not — in favor of the candidate whose policy stances and plans for the future reflect their core moral values derived from their religion. Why, then, is the evangelical voter decidedly perceived as Republican when plenty of self-identified evangelicals vote blue as well?

Here lies the problem with defining believers of a religion by looking solely at voter demographics. Contrary to the popular perception of evangelical voters, a Christian can rightly vote for either party using their spiritual beliefs as sensible justification.

Take the polarizing issue of how to handle illegal immigrants as an example. A Christian could easily point to how Romans 13:1-2 emphasizes respecting governmental authority and argue that all people who arrive in the U.S. illegally must receive punishment — the typically Republican standpoint.

Conversely, others might highlight how Matthew 25:35-40 calls believers to show Christ’s love by aiding brothers and sisters in need of nourishment and argue that programs like DACA must remain in place — the typically Democratic view.

Regardless of what America’s two-party system might imply, underlying Christian values exist on both sides of the political spectrum. Don’t let electoral voting demographics muddy the waters — no matter how it’s reflected on their ballots, evangelical voters are merely trying their best to live out the greatest commandment by loving God and loving others just as Christ would.