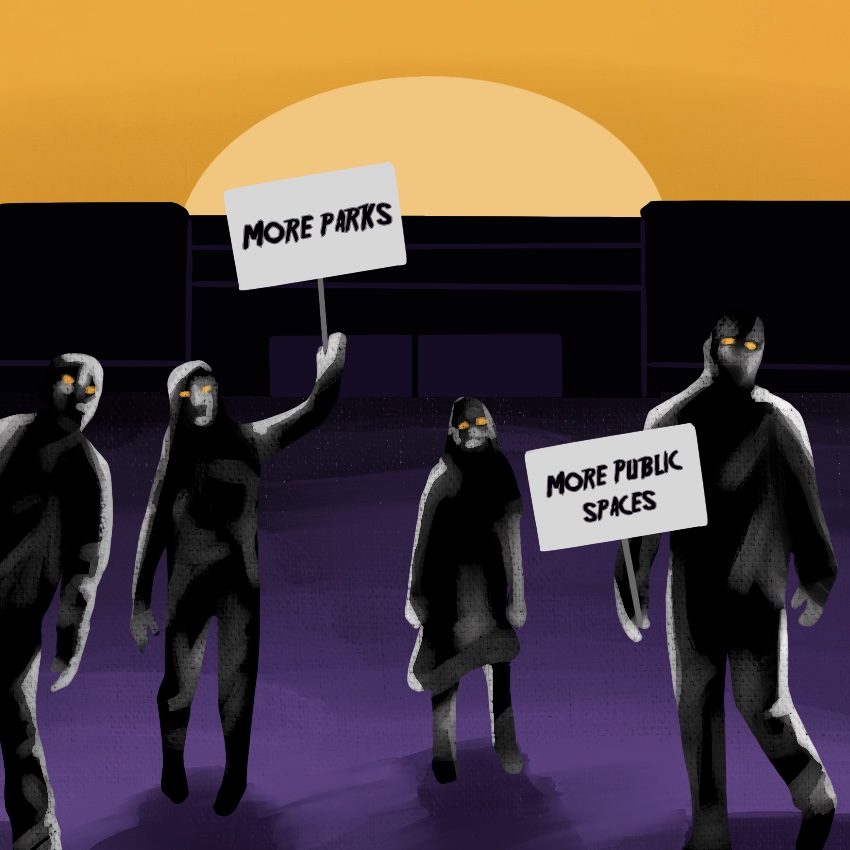 The dreaded holidays are almost upon us, and while this generally entails the beginning of the consumerist ritual of Christmas shopping, this ritual may be quite different this year.

The shopping mall, the altar that the acolytes of this ritual continue to preach from, is breathing its last breath. The rising tide of online shopping has had these sanctuaries on the precipice of collapse for a decade. Since the 2008 recession, malls never really recovered and have been silently closing their doors and losing retailers ever since.

This, of course, set up the death blow to the mall in the form of COVID-19. Now, not only do people generally have less disposable income due to the major economic downturn the pandemic caused, but are actively discouraged — and often forbidden — to gather in large groups in contained areas around people they don’t know. Malls still exist obviously, but their days now appear to be wearing especially thin. Even the most successful and profitable of malls are riddled with empty space and stores trying desperately to clear out their inventory.

One might be inclined to lament the death of a monument to late 20th-century economic development or inversely commemorate the downfall of an institution that existed solely to encourage increasingly unsustainable consumerism. But with the loss of the shopping mall, we may have lost something ironically even more important.

The shopping mall, in spite of all its faults, was literally a massive building containing many stores and connected by quasi-public space. For many, the mall was a humble gathering place, free from the confines of weather that often hold back a park, and much more sociable than the stuffy silence of a library.

The mall may have been a collection of shops, but these often served as little more than a backdrop for the social engagements that the space itself enabled. The commodification of space has left much of the U.S. sorely lacking in areas for people to gather where they are not expected to spend money. Who would pay for a building and not ask for some kind of compensation in exchange for its habitation? But the mall provided a sardonic answer to that question.

For all its effulgence, the mall was quite practical in many ways. Any time one made a trip to the mall, they would be met with elderly people using it as an indoor walking space, groups of teens wandering aimlessly, free from the surveillance of their parents and other miscellaneous groups of people with nothing better to do. Going to the mall simply to not be at home or outside in bad weather was a popular pastime.

This has been exacerbated as malls become less and less profitable and seek other means to keep customers inside. Malls host cultural events, board game tournaments and other social gatherings in an attempt to lure attendees into their shops.

In a world where public space is often commodified, it is both paradoxical and poignant that the heart of that commodification itself, the mall, continued to represent the very thing it sought to destroy: the free and open public commons.