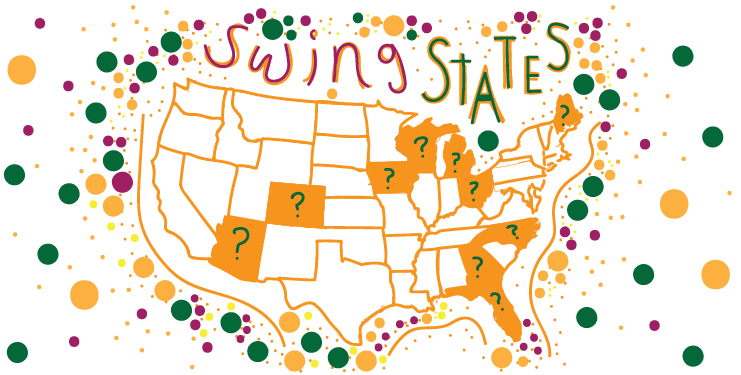 By The Daily Illini Editorial Board
October 29, 2020

Although the final vote tallies and certification of election results never take place on election night itself, political analysts have long been able to predict — based on statistical probability — the winner of most races in a general election on the very night polling places close.

Through the night of that infamous first Tuesday of November, millions of Americans gather and watch the results slowly come in with the expectation that by early morning, the result will be certain. But it is imperative that those expectations change this year.

This election, due to the COVID-19 pandemic, millions of Americans have voted through an absentee ballot and mailed it in. Furthermore, the divisive nature of the current president’s record and rhetoric has energized voters all across the political spectrum, so Americans can expect a much higher volume of votes than years past.

According to NPR, eight states cannot begin processing mail-in votes  —which is different from counting mail-in votes — until Election Day. Two of these states, Pennsylvania and Wisconsin, are swing states that may yield the most crucial results to the presidential race. Conversely, certain states are already producing vote totals based on those who have voted early.

It is not just to avoid disappointing ourselves that we must be weary of early forecasts on election night: Serious implications arise from taking early numbers at face value. It’s a question of the citizenry’s belief that the election results are legitimate.

With such an unorthodox timeline for voting this year and varying election procedures across states, initial “results” on election night will certainly prove misleading and incomplete. But there are plenty of prominent political actors, such as the president himself, who attempt to argue otherwise.

The current administration is actively litigating through the court system, trying to invalidate millions of mail-in ballots that will be received or counted past election night. If the administration succeeds in disputing the validity of these ballots, Americans will never feel confident the certified result of the election is legitimate.

Still, to this day, many Americans maintain the result of the 2000 general election was illegitimate because of the Supreme Court’s involvement in the election proceedings and the still uncertain final vote count of Florida. While there were “hanging chads” quarreled over then, there are millions of votes cast in absentia quarreled over today.

In an election with a higher turnout and a high influx of mailed ballots, it is logistically impossible to have enough ballots counted by election night to be certain of the result. If Americans expect the result on election night, then those pleased with the result may feel cheated or disheartened if the results shift.

Besides, the argument is naive to both the cumbersome and redundant bureaucratic overkill of verifying the legitimacy of votes and the steep and punitive criminal punishment paired with being caught casting one extra vote.

Unfortunately, polls reveal a stark partisan difference between those voting by mail and those voting in person. Conservative voters are more likely to cast their ballots in-person while liberal voters, more concerned about the ongoing pandemic, are more likely to vote absentee. So while the map may look quite red on election night, Americans ought not believe that to be the final outcome.

With Republicans exerting so much effort into nullifying these ballots, it is a very real possibility many GOP candidates will declare victory on election night and feign outrage if the final vote count hands them a defeat. While a troubling scenario, Americans must be patient until every last vote is counted.

It’s not over until the fat lady sings.